A WA-family member has cancer

As you can derive from the title of this post, I'm sharing the diagnosis of one of our WA-family members (not me!).

I remember very well the first time I had to share similar news with a group... One of the woman in our Department had breast cancer and was going for a mastectomy. She was the only women in her Team and she was concerned that it will be difficult for her to come back to work after the operation, being uncertain how her male colleagues would handle the situation. She confided that she simply doesn't know how to tell them herself, how to start, what to say and that she don't feel up to the challenge, so I agreed to speak to them.

After I agreed, I started having doubts. Not knowing what to say and feeling uncertain about how to approach this difficult subject, I approached her Team Leader, he immediately said "NO!" and chuckled uncomfortably. I then approached the Head of the Department and he said "NO WAYS! Do you know how those men are going to laugh and joke and the things they are going to say? There's no way that I'll do that!" By this time I seriously doubted my decision. So I approached our Personnel Manager, and he echoed the previous two men.

So I looked myself in the mirror and said: "Sharlee, you're on your own in this sweetheart, but you'll survive, I'm sure those men are all MUCH more compassionate and caring than what anybody wants to credit them for!"

So I asked all the men to gather in one of the offices and I told them that I have the difficult task of breaking the news to them, seeing that nobody else wanted to. I explained the procedure, what they can expect when Ellen comes back to work, what Ellen's fears and concerns were, how long recovery is expected to take and asked whether they had questions. And just like I thought: what an overwhelmingly kind and caring response!

I asked whether we could all contribute $1 each, so that we could give her a card to wish her well. Again, the men were the ones who dug DEEEP into their pockets and had special requests for "a BIG bunch of flowers", for "exquisite bubble bath" and others just said "Get her whatever you think she'll appreciate, but don't spare the cost!" and would put a $50 bill in my hand and wouldn't hear anything of reducing it.

Because in the above scenario, I didn't know how compassionate they were going to be, although I hoped they would be. In THIS scenario however, I KNOW how compassionate and caring this Wealthy Affiliate family is, so it is indeed much easier! (All of you are so awesome - thank you!)

Now, I don't know Dave that well, but many of you will recall that on January 25th, 2018, Dave wrote a WA blogpost, informing us that his business partner and very close friend had received a cancer diagnosis 2 weeks prior, and that he was given 6 months, but sadly, only 4 days later Dave wrote to inform us that his best friend, had passed on.

This tore at my heart, when I read Dave's words, describing his best friend as:
"... a brother from another mother ...". It felt like somebody had kicked me in the guts and I was trying to catch my breath again. His posts were open and raw and I could feel his pain, like I'm sure so many of you could as well, judging by the comments on those posts.

So that was the first time that I "met" Dave, but since then, I've been thinking of him frequently, wondering how he is doing, since I can't imagine how it must feel to loose somebody that close and special.

You know, the Big Book says that sometimes a friend is closer than a brother, and after I've read what they've been through together (veterans, having actively served for 25 years in the 'hot' parts of the world!), I had no doubt that those Words would have been true of their friendship and comradeship as well.

As many of you know, if I see a blogpost or training here on WA that I think is important, I'll send it to you in a PM, just in case you have missed it. ;-) Just like some of you have done for me as well. (Thank you - you know who you are!)

The other day I've seen a blogpost here on WA (something about Google indexing) and sent the link to several of you in a PM, including to Dave, upon which he broke the news that he has Stage 2 cancer - which he is determined to beat.

But honestly, I wasn't tooooo surprised when I received his PM with the news, because it is a known fact that often times, 12 to 18 months after something was a big shock to the body, cancer rears its ugly head, and I have no doubt that his friend's sudden passing must have been an enormous shock to him.

As only a few of you know, I am currently hair wrapping to support a female friend that has lost her hair due to cancer treatment, therefore I am always on the lookout for information regarding cancer, that I can pass on to her.

So when I read Robert's (boomergp08) very informative blogpost regarding his experience with cancer and his journey to health (he is so knowledgeable and always helping and sharing!), I made a comment to which our own Debs66 responded with compassion, asking me to please pass on her regards, which I did. (She's so lovely and huge inspiration to many of us, isn't she?)

Knowing that the support of a community helps in the recovery of cancer patients, I asked Dave whether I may share the news with you all, to which he agreed.

My beloved Mother always said that we don't always have to say something profound, sometimes just a hug, or even a touch of the arm, can convey our caring.

So dear WA-family, I'm not asking for money to buy Dave a card - I'm asking for much more than that - I'm asking for your time! And instead of writing a message in a card - that you please write it on his profile page. ;-) Please head over to Dave's profile page (@DaveSw) and leave a message for him - even if you just say a simple "hi", he'll know and understand what it is about, and he will feel your love and support! ;-)

Thank you, to you all of you - this WA-family is the best - YOU are the best!

eHugs to all of you! ;-)
Sharlee (Chocolate IceCream)

Are you waiting for the "Call to Action"? We are so used to it, aren't we? ;-) The only one is that you please go leave a message on Dave's profile page and let him know that you care! ;-) Here's the link again: https://my.wealthyaffiliate.com/davesw :-)

Reply Like Like You like this
TeamIceCream Premium
@RAFStuart
Hi Stuart
Those are 2 of the most important ingredients for health - love and prayers!
Wishing you an amazing day!
Sharlee (Chocolate IceCream)

Reply Like Like You like this
remapot3 Premium Plus
We need t oi save our Member anyway, WA is our family. Than km for sharing.
Sham.

Reply Like Like You like this
TeamIceCream Premium
@remapot3
Hi Sham
Thank you for stopping by - totally agree, the members here totally feels like family, don't they?
Wishing you an awesome day!
Sharlee (Chocolate IceCream)

Reply Like Like You like this
TeamIceCream Premium
@RichBrennan
Hi Rich
Thank you for stopping by and for you kind words - it is much appreciated!
Wishing you an awesome day!
Sharlee (Chocolate IceCream)

You really did not have to mention me.
However I am so touched to know you appreciate me.

You are so kind and so caring Sharlee. I remember the PM of when google was doing some changes you sent it to me too.

I have always loved your kind nature you truly are an absolute gem here at Wealthy Affiliate.

This post you have written is wrapped in hugs. You are an amazing inspiring young lady. Thank you Sharlee x

Robert is such an inspiration to many of us here too he has shared so much about cancer and his journey. Another true Gem here at W.A.

Now I am off to meet Dave and pass by and say hi to him and offer him my support. He sounds like a treasure too. I am happy that you have shared this with us. Cancer is such a terrible thing to have.


I am going to meet Dave now and I am happy you shared this with us all. I will support Dave and send him E hugs.


Sharlee Thank you again you really are a treasure Sharlee big hugs and a x too.

Awww, I'm sure you dear Mom has appreciated your loving care very much! How blessed she were to have a daughter like YOU!

You truly are one of my role models here on WA.

Thanks a lot for sharing.

I’m sure lots of WAers will support Dave.

Reply Like Like You like this
TeamIceCream Premium
@BorisRoman
Hi Bob
This is such an awesome community, I'm sure they will. Thank you for reading and for stopping by as well!
Wishing you all of the very best as well!
Sharlee (Chocolate IceCream) 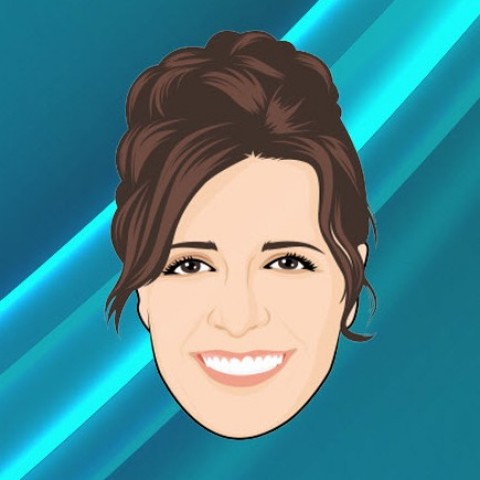