Hi WAers I just wanted to pop in and say a Merry Aussie Christmas to you all.

It seems from the comments I’ve had that some people don’t realise it’s summer in Australia now and so we have a hot Christmas. Don’t be fooled into thinking that we don’t have a great Christmas. We do it’s just different to yours.

While we have a pretty multicultural population most of us are Christian and many from English ancestry plus we have losts of European heritage and so with all of that comes all the same traditions that are celebrated all around the world although I think we are a bit more relaxed about it than some (sometimes).

People still stress out over all the same things - we have the same family hassles, the gift shopping and giving dramas, the food, the expense - everything. It makes me smile when I think that although we live in different places and we speak differently so much about all of us is the same and that we can be found doing the same things at the same time all around the world.

The Santa we see at our shopping centre looks the same as the Santa you see although I'm sure he'd rather look like this guy it would be way more fun. 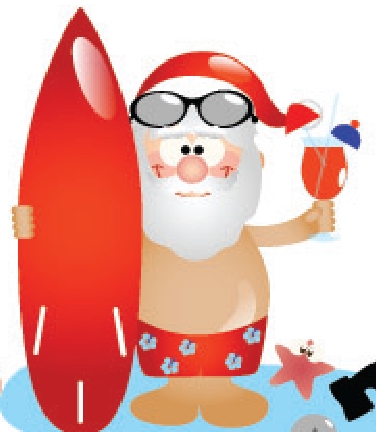 But there he is all decked out in his big hot red suit with the big woolly fake beard getting his photo taken and hearing the wishes of hundreds of children. We listen to the same Christmas carols and hang the same baubles on our trees – it’s ridiculous really but every year it happens – that’s tradition for you. There has been some attempt over the years to make it all a bit more Aussie with a few different carols filtering in but go to any shopping centre and you are more likely to hear Bing Crosby dreaming of a white Christmas than Aussie Jingle Bells. While many will have BBQ’s and seafood dinners rather than the big hot Christmas meal but most of the time the stress levels are still up. The Aldi supermarket chain has tried to Aussie it up with ads like this which is different.

Christmas is also the time that our schools close down for 6 weeks and so this is a popular time for Australian families to take vacations. The town I live in is a really popular spot for families to come for holidays and our population swells from about twenty thousand people to about sixty thousand it’s a crazy time for the businesses here. We used to own the local ice cream parlour – (tough work but someone’s got to do it) we worked day and night for six weeks with a seeming never ending procession of customers - it is a marvellous time. To be part of someone’s good holiday memories is a wondrous thing. My challenge to you these holidays is to be the best holiday memory you can be for your friends and loved ones or even a stranger it is worth the effort you may not realise it now but you are part of the traditions that will make up the future so make them worthwhile. Merry Christmas everyone and Happy New Year just don't let it all get to you there is no fun in that!

Write something…
Recent messages
MarionBlack Premium
A very merry Aussie Christmas to you and yours from sunny Adelaide. ~Marion

Reply Like Like You like this
VickiB Premium
@MarionBlack
Thanks Marion good to know you are so close. The forcast for Adelaide for Christmas day 23 and partly cloudy sounds good - enjoy!

Reply Like Like You like this
Judy-B Premium
I really liked reading about your Christmas and finding out it so similar to here in the US. I had no idea. Thank you for sharing and I wish you and yours a very Merry Christmas and Happy New Year!
I could sure go for the sunny days. It's been cold and snowy here today. Best wishes and blessings. :)

Reply Like Like You like this
cookma54 Premium
T his is the best of WA ... learning and sharing with family all over the world! Have a blessed Christmas and a prosperous New Year! M

Reply Like Like You like this
Christabelle Premium
It is amazing to share how people and Christmas remain so similar no matter where we are! Have a very Joyous, Blessed and Merry Christmas! Christa :)

Reply Like Like You like this
AllynBeekman Premium
Thanks Vicki. Christmas has always been a wonderful family time for me and my siblings. Now I am spread apart geographically too much to be able to get together with them every year, but each of us has continued to build our Christmas memories with our own families.

One "tradition" that I started many years ago, living in Michigan in the U.S., was to play football in the snow (American-style football). Just hanging onto a frozen pigskin was tough, let alone trying to throw it to another person who is running (slogging) their way through knee-deep drifts of snow.

Family, love, and fun, plus knowing why we celebrate Christmas. It makes a joyous holiday.

Thanks for sharing your Aussie story. 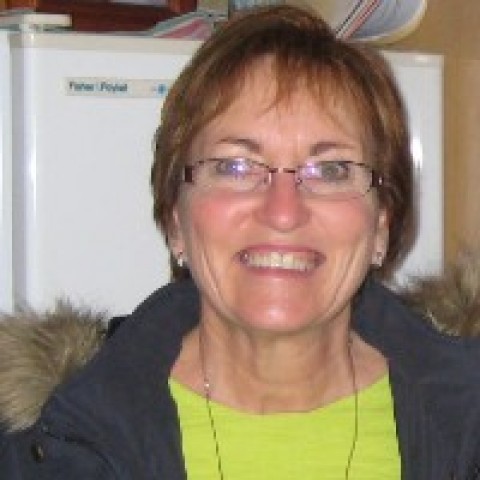