Game Over for Google Fears, Future of SEO in Question with Censorship

Hi guys, two censorship moves were brought to my attention in the last couple of days, one is by Google and the other by Facebook. Google health boss actually admits to going slower with their plans for censorship than he would like 'so as not to erode trust' because 'if people stop coming to google then it is game over'. It raises the question for us, what will Google and Facebook censorship do to the future of SEO?

We've heard rumors of this before but they are really rolling out their plans now to shut down information that doesn't fit with their view. It started with health and they went so far as to put teams of doctors and nurses analysing search results, and it's now tackling everything going forward eg searches on the Holocaust go to 'authoritative' advice, and searches on vaccines and autism will go to 'the original study was flawed and not appropriate' even though that may not actually be true because a lot of whistle blowers came out of the industry on that. And we have a track record of industry engaging in an information war and the tobacco science and asbestos industry would have been very happy with Google's stance now:

When it comes to making a decision the 'weight' of studies is taken into consideration so it is very easy for any industry to flood the market with paid-for studies done very shoddily to get biased results. We have Henry Lai of the University of Washington exposing that in the case of RF radiation 30% of industry-funded studies find it causes harm but 70% of independent studies find harm. And Joel Moskowitz of UC Berkeley shows how funded studies usually don't follow scientific best practice, they fall apart easily but no one is looking closely in the governments, they rely on industry to tell them what's what and that is how tobacco science only finally got defeated in 2006. 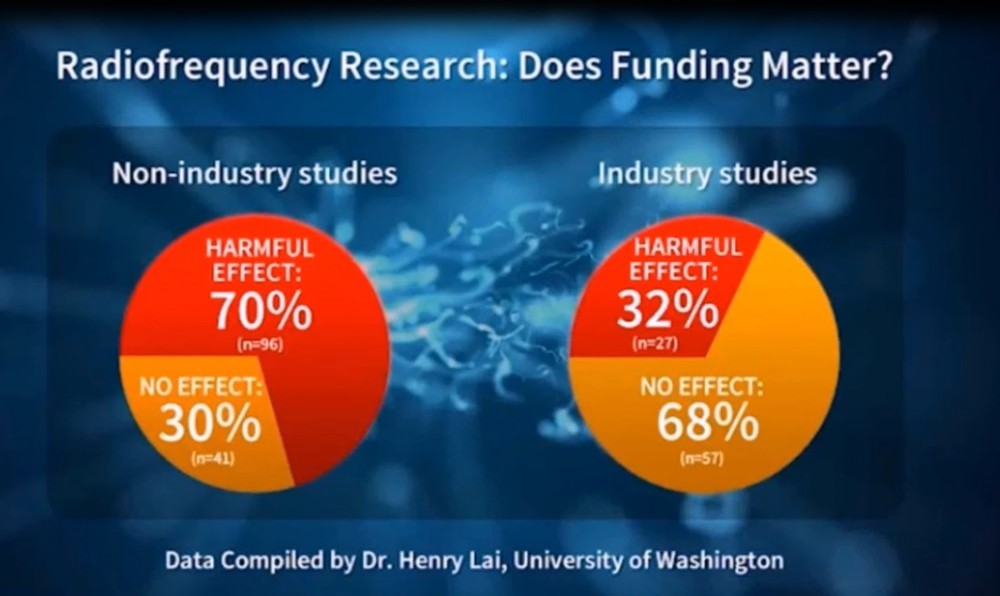 It's the 'for the Benefit of Humanity' line, again

How much longer will they try to sell us that line? Surprisingly they get away with it too often to stop anytime soon. So with Google they are not only stomping out so-called 'conspiracy theories' about vaccines, but they are using their 'complex algorithms' to crunch patient data and diagnose or predict faster than the doctor.

Now that would be hilarious if it weren't so serious, iatrogenic death is the #1 killer so it's a bit like driverless cars, let the artifiical intelligence do a better job and save us from ourselves, on the other hand with the pubs staying open till 4am in Ireland and 33% of all fatal car accidents being alcohol related we don't really need wireless tech to drive our cars, we just need less drunks and the police doing their job of shutting those pubs on time. In the case of doctors well the irony is google is banning alternatives to anything doctors might do with its censorship and becoming the only alternative itself whereas natural healing could prevent and diagnose decades before either the doctor or the algorithm and prevent the need for the radiologist in the first place! Google has already decided what is 'right' and 'wrong' and clearly it is industry based vs science based, because wiki is writing out the science on herbs and natural protocols all the time now.

But Whose Benefit is this for Really?

Weirdly enough the 'reputable' and 'unbiased' site they quote and the GPs they refer to are the precise health system that nearly killed me and chalked me up as a success saying, "Prove it". The people they want to ban from searches are the ones got me well.

Where to Next, Google has a strategy, but do we?

2. But to make sure people don't stop coming to google they've another trick up their sleeve, distributing free google digital assistants to every home in Ireland with utility companies, as well as being on our phones automatically where we can just speak 'Hey Google, what is the answer to xyz' and it will tell you what wiki says or what their carefully manicured reply is.

3. On top of all that they are also creating a world where people are connected to google and search engines all the time, they want faster wireless connectivity so phones can do everything computers can do, and they want an internet of things connected all the time too. No escape. Will be impossible not to exist without google if people become too dependent on it.

Where Does This Leave the Future of SEO, should we stop 'going to google'?

They are placing 'truth' at the top, and their chosen websites and answers, not only in health but in everything - where does that leave all of us going forward?

I'd be interested to know what the owners of Jaaxy think? Is it time to stop going to Google?

ps re the 20 wk Challenge, been real busy with that, websites are easy content is where it's at with me, always was, and the research put me in a position to be able to help out the facebook group leaders in my own country - until of course facebook decides that the 25000 studies showing our RF radiation exposure levels are too high already just don't quite fit the industry position of a 5G world leaving us not allowed talk about that anymore! Websites are soooo much better than fb groups, but can't ignore them.

Write something…
Recent messages
TLedington Premium
A big rule of the internet for about the last 3-5 years, marketing or no, has been stay away from ANYTHING that could be considered controversial. If you stay within a pretty neutral line, you don't have anything to worry about.

Conformity isn't great and I think censorship is definitely wrong, but if you own a business that's providing for you and your family, it's something that needs to be considered.

being afraid to speak goes against what every country fights for, we are losing all our rights in cyberspace yet the world is being sucked right in completely to owned platforms that are dictators

Reply Like Like You like this
MozMary Premium
@TLedington
...but when we think about it, once they get the 'controversial' stuff 'cleaned up' with their 'reputable unbiased' official sites, then they really will have set a precedent for cleaning up every subject into who they consider should be on top, not the free SEO we are using

they mention 'organizing' the health info, but once they do it in one area they will do it in all, like they mention with history and other things already, and they employed teams of nurses and doctors basically reps for the industry, so same across the board and industry pays for positioning...

it is happening in the health niche too when they get 100s of millions of dollars the tighten the ropes and want people 'educated' in their own agendas...

Reply Like Like You like this
RoseAnn1234 Premium
I hear you.
But, I guess it's hard to balance freedom of speech where everyone is entitled to a point of view and information that can give an alternative thought and may or may not cause harm.

I personally saw the results of a child being affected when her mother had measles during pregnancy and decided that I wouldn't risk my children's health. Others have seen results of people being affected by the vaccine itself and also decide that they don't want to risk it. It depends on your point of view. Like anything there are pros and cons of each side.

What is the truth and what is an opinion?

Unfortunately not everything you read on the internet is true. I met someone who was convinced George W ordered the planes to hit the twin towers because they read it on the internet. I was horrified.

I know it is hard for those who are in the direct firing line and I do feel for them. If only we could have some arbitrator that we could register with to say 'hey we are not the baddie please let us have a point of view too'.

Unfortunately too many people who write books and provide information don't have all the information or interpret information in their own way and even studies can show different results depending on the analysis criteria. Aren't we all a little guilty of this?

How many of us have researched a topic so that we can create a blog post on it. We may not have personal experience or knowledge but will appear to be knowledgeable because we have done some research on the topic and we hope that we have got it right.

But what if we didn't, what if we reviewed a product and gave an incorrect conclusion? Is there a truth? And what of those people who put WA down because they missed the whole point of this website?

I don't have the answer and I guess Google doesn't either.

Reply Like Like You like this
MozMary Premium
@RoseAnn1234
google says it has the answer, the NHS is the site it quoted as reputable and unbiased and yet it's a disaster, all it represents is 'industry and dollars'

I would love to see more balance between search engines that having Google with such a large amount of control.

It is only a matter for time, unfortunately, we may suffer as a result then again we already especially those with health sites

Reply Like Like You like this
Wayne66 Premium
It is kind of scary, isn't it? Are we heading towards the full control of what we say, do and think. Maybe it IS time e moved on to other search engines. If enough of us do, maybe it will send a message.

If they are worried about losing trust, maybe they had better rethink their ideas and strategy and back away from what they intend to do.

I wonder... is there any indication about what the other search engines think about this?

what's also scary is they know slowly slowly could work!

Reply Like Like You like this
GeoffGS Premium
I don't put a penny's worth to his ideas, but Alex Jones picked a good name. InfoWars is exactly what it is.

Reply Like Like You like this
MozMary Premium
@GeoffGS
I don't know Alex but info wars yes, that's it...games you'd think people would see through now, industry has a formula we should side step it

Reply Like Like You like this
GeoffGS Premium
@MozMary
We can side step it, but Google holds the goods. Use of a Virtual Private Server helps, but costs money. It can safeguard your entire home from virtual attacks, making you near to invisible.

The there's Duck Duck Go (probably the best upcoming search engine). Crypto also has a bunch of new options, but those obviously don't come without risk.

I don't know but I watch and read. It'll be interesting to see which way the power sways. 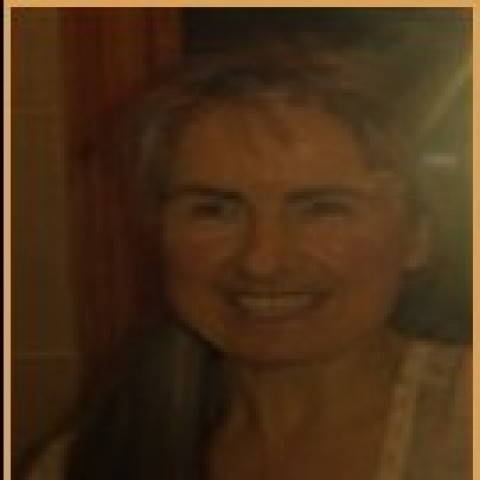