There I said it and I'll say it again! God Bless America!

My grandson Justin called me this afternoon and asked me what my thoughts were about him enlisting in the United States Armed Forces. I have never been in active military duty but when I was a student at Southern University In Baton Rouge Louisiana I was an ROTC cadet. Had I finished college I would have been in the Army as a second lieutenant. But, I became disillusioned about my major and dropped out of college.

I can't say that I have much regrets about that because God has blessed me in so many ways. I have a 53 years old marriage with the same wife, I have five grown children, I have thirteen grand children. I have three great grand children and Great Grand twins on the way.

Through all of this I still think like a young fellow and I am finally into the dream that I have been seeking, to be self employed and to teach others how they can be the same. Thanks to the Wealthy AffiliateWealthy Affiliate.

I am grateful to God that he allowed me to help raise a grandson who would ask my opinion about making choices. Justin and I are very close in that regards more so even than my own children.

Well what did I say to Justin? First of all I suggested that he ask God for guidance in making his decision and any decisions that he must make affecting his future. I told him that the military trains for killing or the possibility of facing death. I told him that America is not a perfect place especially for black men, but it is not the worse and there are many opportunities here even for the Black Man but we must be able to be taught and trained and we must work hard just as the White Man must work hard.

"While the storm clouds gather far across the sea,
Let us swear allegiance to a land that's free,
Let us all be grateful for a land so fair,
As we raise our voices in a solemn prayer. "

God Bless America,
Land that I love.
Stand beside her, and guide her
Thru the night with a light from above.
From the mountains, to the prairies,
To the oceans, white with foam
God bless America, My home sweet home.

I was raised in the state of Louisiana. I grew up in a family where my father was a very dark man and my mother was 1/8 white. In Louisiana if you had traces of black blood you were considered Negro or Black. I didn't realize the full impact that being black had on black men until I was in College. I decided that I didn't want to be a teacher in segregated schools and train up more black kids for potential slavery, and that is why I quit Southern.

In our schools in those days we started the day with singing a song followed by the Lord's Prayer, another song, and the Pledge of Allegiance to the flag of the united states. We had a song book called 55 Plus -Community Songs. The 55 were Spiritual songs of worship to God and the Plus were patriotic songs: Star Spangled Banner, America The Beautiful, God Bless America, etc.

I loved singing and I was like a star singer in school and at Church.

I remember one day my father and one of his friends were talking within earshot of the radio and they played the Star Spangled Banner on the radio, and my dad said to his friend my boy can sing that song just as good. That was one of the landmark moments in my life.

When my father was on his final rest from a stroke and couldn't speak to us I sang the Star Spangled Banner and I saw a smile on his face. My father was 94 years young when he passed away. I gave the eulogy at his funeral.

There is more Good in America than evil.

PS I have my new website set up. It is entitled Learn And Make Money On The Internet.

I have a lot more to learn about building websites but I am on the path!

Write something…
Recent messages
efortune Premium
Of course I like it I wrote it didn't I!

Reply Like Like You like this
Judy-B Premium
What a beautiful story and life you have had and still having. You have come to the right place to learn that's for sure. I agree God bless America. Thank you for sharing. :) 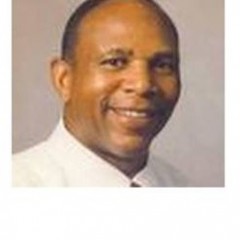