This morning I woke up with a crasch.

This morning I woke up with a start that I thought I heard a bang and somebody crashed a car, but then I remembered the dream oh it was actually so that a " rally car " drove into the ditch on the highway on a curve on the road to start the Swedish Rally ( Swedish International Rally will start in about a week in Sweden ) , in the dream , I ran up to the car and checked how it went?

The guys said it had gone well but co-driver looked a little frightened when I joked with him and said, how is this going when he runs so badly that he drives off the highway and into the ditch . Then said co-driver to me that - in the rally everything goes on routine and we use EVERYTHING we learned.

What he said , I thought, using everything we learned.

Can I translate this dream into reality in some way , yes it is clear, to succeed in what ever it is we have to use everything we have learned and so even in the Internet industry.

Write something…
Recent messages
Ashwi007
Off course forstthomas, indeed we have to apply what all steps we have learnt plus hard work, there's no chance of failure:)

Reply Like Like You like this
Internetgranny Premium
Yes, practice is so important, so that when something unexpected happens you automatically do the right thing without having to think about it.

And yes, as AnnieB says, everything starts with a dream. But the dream must be the START. We then not to WORK to make it a reality so that it doesn't become dimmer and dimmer and fizzle out.

Reply Like Like You like this
nomda ploom Premium
a crash is the universe telling you that you will find things of value if you try walking for a change? :-)

Reply Like Like You like this
AnnieB Premium
Thomas, yes everything starts with a dream. If the dream is strong enough then we will always find a way to make it a reality. 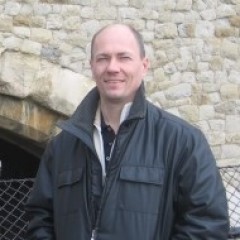