We are here to help!

'Help yourself by helping another'

This three advantages will help your confidence grow, both in your career as in daily life. It is known that if people like you, they also think positively about you. As people think positive about you, they will share their opinion with others, for example with neighbours, colleagues or with your boss.


If people like you, they also add other responsive and valuable features to your personality. This effect is called the halo effect, discovered by the psychologist Edward Thorndike. The opposite of the halo effect is the horn effect. If people like you, they think you're also capable for other tasks and are more likely to recommend you if someone seeks for a specific expertise. You will be seen as a competent person.

People do not want to be in debt. When you grant someone an unasked and meaningful favor, it makes them think they owe you something. This principle is called reciprocity. Reciprocity means that people feel a social obligation to give something back to you, otherwise they will think that they steal from you.

The principle of reciprocity has its origins in the time when the course of trade was based on barter. People had to trust each other if they do something for someone else, the other person would do something back for them. For example, the baker give bread to the shoemaker, and the shoemaker will make shoes in return. Although barter no longer exists, the principle of reciprocity is still in everyday use. For example, we ask someone for a return visit after visiting this person.

The nice thing about the reciprocity principle is that you often can ask for a somewhat larger favor than you gave initially, like a kind of interest for the favor you once have granted. But don't wait too long asking for a return favor, otherwise the other don't remember it anymore.


It's obvious that you feel good when you get something, however you feel much better when you give something away. Granting a favor is the same as giving away something. Doing so for someone else will increase your self respect and subsequently your self-confidence.


When you have self-confidence, you think and present yourself positively. Others, like colleagues and managers perceive positive people in general as pleasant to deal with. The halo effect let your manager think you're a capable employee and give you more important tasks and higher wages.

'Help yourself by helping another' is exactly what Wealthy Affiliate is all about.

Write something…
Recent messages
AfqmBiz Premium
I have no specific expertise but I feel blessed due to my own competent nature in any given day.

To back you up of your competency, of course, few little details in certain aspect and element need to be there also as the companionship.

Desmond elaborate brilliantly over here! Just find out yourself the right substitute if one here is missing from your armor and make it up in your own rights in order to help people in different capacities.

Thanks, Desmond, this is very helpful my friend!

*A friend or friendship is not limited to any age, any race, any belief, any philosophy, and almost anything.

Reply Like Like You like this
despatis Premium
@AfqmBiz
Hi Afqm, I believe that helping others is not only good for them and a good thing to do, it also makes us happier and healthier too. 'Help yourself by helping another' is also what Wealthy Affiliate is all about.

Thanks for reading and your comprehensive comment, much appreciated.

Have a great Sunday,
Desmond

Reply Like Like You like this
AfqmBiz Premium
@despatis
Anytime, Sir! I savor this kind of moment and looking forward to being more involve in others good works in the future.

Reply Like Like You like this
TheBuilder Premium
Hi dear. To keep you going, I've prepared a Dose of Encouragement specially for you and for all my other loved ones. Here it is: Encouragement, A Wonderful Tonic Hope you will appreciate it.
Have a nice day.
Best Regards

Reply Like Like You like this
Tezsie Premium
Hi Desmond, I think your post is a neat combination of good advice and uplifting words.
Helping others comes to me naturally. I think I inherited it from my grandma. She often said: ¨oh, it´s nothing, really¨. I don´t think it´s nothing, and your post points that out well.

Reply Like Like You like this
despatis Premium
@Tezsie
Dear Tessa, thanks for your positive feedback, most appreciated. As Mother Teresa once said: "It's not how much we give but how much love we put into giving." Have a great weekend, Desmond.

Great post you wrote here. It feels so good when you can help others and it feels even better to see them happy. I just love that I meet so many positive people here on WA, all with the same passion as mine: online business.

Is very good to share your thoughts with someone that is in the same field. We are a community here and in the end all of us will win if we help each other.

Have an amazing day ahead,
Cristina

Have a great day,
Desmond

This is a great post and I love the idea of the halo effect. It represents what we should all be doing here at WA! I have heard of the works of Edward Thorndike and it is interesting that he came up with the philosophy of halo effect.....

Have a great weekend,
Desmond 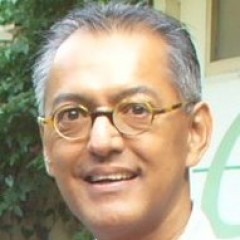