I still haven't solved the tablet and printer problem. Well, that's not exactly true. I bought a new printer because I had to have one. And then. . .

Yesterday, the laptop started acting up. Nothing would run exactly right. Little things were missing from screens. Cold starts didn't do much. Every time it came up, it would sorta kinda run, but not quite right.

And then it started shutting itself down. I attempted to run scans. They wouldn't run. They would shut the machine down. I was starting to panic.

Every time I tried to start it up, it kept telling me it couldn't access the proxy server. We don't use a proxy server.

I went into the program list and deleted everything I downloaded for a day or two before this happened. Then I was able to access Spybot after another cold start.

Spybot To The Rescue

Spybot detected a ton of cookies (normal) AND some vicious malware. Got that all cleared out, started it up once again and. . . here I am. I was offline most of the day from late morning on.

Will Have To Replace Eventually

This laptop is a few years old and gets used and bused on a daily basis. I've been thinking of going over to a MAC as I hear so many wonderful things about them. I've heard they are harder to infect with "stuff." I sure hope so.

So Now We're Back To The Tablet Problem

I tried to talk to the techs at Microsoft. They want me to plug it in and run all the tests I've already done from website information. That's fine, but I have a problem. I couldn't understand the two guys I spoke to. They were trying to be helpful, but their English was so bad. . . and it bugged me because I'm usually very good with accents. And, of course, I was told there were no supervisors available. So. . .

"Surrender, HELL, I have not yet begun to fight!!!"

Write something…
Recent messages
tomtitty006 Premium
Wishing you good fortune in your dilemma.My very first lap top I got about 6 years ago was a packard bell.I only bought it because it was 299.00 and there were extra,s with it but when I think of the headaches I had with it.Off course I was new to the lap top world and people told me to get free software protection,the problem was when one expired I would download another free one;little did I know I was piling one bug on top of another.At the end of the day I had to get a friend who knew about computers and he said the computer was so infected,the only solution was wipe it completely and put a brand new software on it.It was upgrading to windows 7 at the time.Perhaps if you can get some one to wipe the computer and buy windows 8 and put it on.

Reply Like Like You like this
CarlaIves Premium
@tomtitty006
I've thought about that, Mark, but, for now, I think it's fixed. It's running at a good clip once more and nothing nasty is showing up. BTR, this is a Hewlett Packard, but not a cheaper one. I'm not so sure that matters.

Reply Like Like You like this
mrpeter Premium
Good for you Carla! I do get frustrated when I can't understand the person on the other end of the phone because their English isn't clear enough. I would've thought clear diction was a prerequisite for a call centre job, but I must be old fashioned! Lol

Reply Like Like You like this
CarlaIves Premium
@mrpeter
I'm not trying to insult these folks. They honestly WERE trying to help me and were very polite, but I had to keep asking them to repeat everything and slow down and it was still very difficult. I agree with you that if they are going to do customer service in English, they should have a certain level of proficiency.

Reply Like Like You like this
Affiliateer Premium Plus
Oh dear. Hope it all gets resolved without a lot of money. Of course, I don't believe that's possible when it comes to electronics. Good luck. 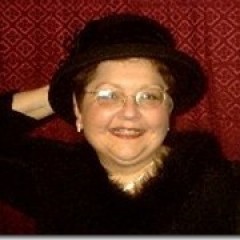