The Death of Retail Stores - Is Amazon to Blame

There are going to be a ton of people out of work in 2019 as the death of retail stores pick up steam. With a combined total of at least 6,616 retail stores closing across North America, it makes me wonder, is Amazon to blame?

COULD AFFILIATE MARKETING HAVE HELPED?

Below is a list of 36 different retail stores that have either announced several store closings or have gone completely out of business. With the exception of a few that are just closing poor performing stores, most are closing down for the lack of sales.

The majority of us here at Wealthy Affiliate earn money though affiliate programs with various retail companies, in addition to many other forms of online marketing. And it is safe to say that many of us are affiliates of Amazon in their Associates Program. 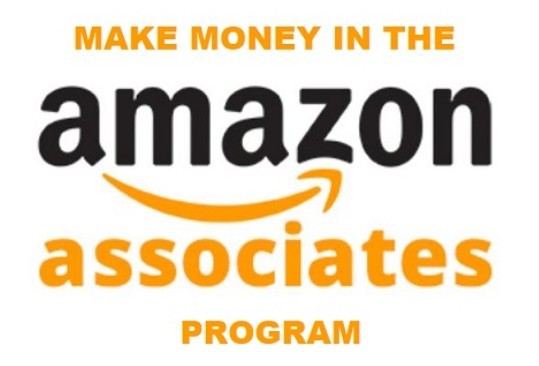 After going to the website home page for each of the following stores, only 7 out of 36 had an affiliate program link Of those 7 stores, only 2 (Kmart and Sears) are sinking fast towards a total shutdown of both brands in North America.

Do you think affiliate marketing could have helped many of the stores on their way to death's doorstep? I guess we will never know, because it maybe too late for these stores to start with affiliate marketing now. But even if they did, would it really help?

AMOUNT OF STORES CLOSING IN 2019

Khols - 4 [Has an Affiliate Program]

Target - 6 [Has an Affiliate Program]

Henri Bendel - 23 WENT OUT OF BUSINESS

Christopher & Banks - 40 [Has an Affiliate Program]

Party City - 45 [Has an Affiliate Program]

Gymboree - 800 WENT OUT OF BUSINESS

Payless ShoeSource - 2,100 ALL STORES IN U.S. AND CANADA ARE CLOSING

To read more detail into why these stores are closing and which ones are only downsizing or restructuring, read the following article about Chain Stores Closing in 2019.

IS AMAZON TO BLAME?

As affiliate marketers we cannot deny that Amazon leads the way when it comes to affiliate programs. Many (not all) products being sold at other large online retailers like sports giant Fanatics, which has an affiliate program, can also be purchased on Amazon.

Amazon has diversified into so many markets that it is amazing just how big the company really is beyond just its online e-tailer website. Did you now that all of our websites and blogs here at WA are using Amazon Hosting through their Amazon Web Services? 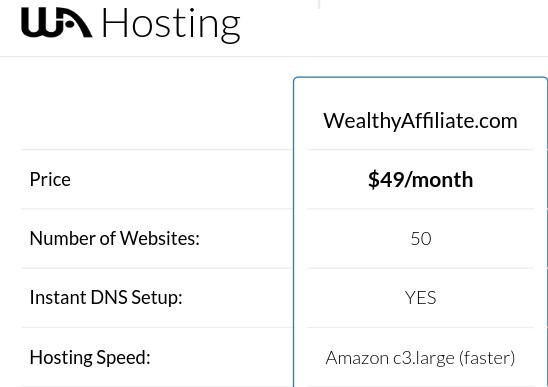 Amazon is HUGE and Founder / CEO Jeff Bezos net worth is approximately 152.2 Billion Dollars, but he didn't get that wealthy through the online store of Amazon alone. Bezos also owns about a dozen other profitable companies, many which you probably use.

Have you ever used, bought or shopped at any of the following? IMDb (Internet Movie Database), Audible, Box Office Mojo, The Washington Post, Zappos, Goodreads, Twitch, ShopBop, and Whole Foods Market. He also owns Bezos Expeditions and Blue Origin.

One could actually wonder how much of an impact has the explosive growth of Amazon actually had on the slow demise of brick and mortar stores. I certainly do not blame it all on Amazon. Much of the fault belongs to the stores for not embracing the online marketplace.

Though all of those retain stores above had websites, many of them added their sites well after the internet age started. It was like they were thinking, 'we don't need to do that now. We'll get around to that later.' Like it was an after-thought.

We always look at these wealthy company owners and dream of becoming even a fraction of what they are worth. But guess what? All of these owners started out just like you, with very little money and a dream. Those that succeeded never quit, and it took them many years.

When you join Wealthy Affiliate you need to have the dream of learning how to build a business from scratch, apply what you learn, continue month after month to grow it, and scale it up year after year. Great wealth takes many years, so don't quit even after two years.

Always be a forward thinker. Do not have all of your money making streams of income coming from one source. Put in the time to build that first stream and when the time is right, build another stream, then another, and so on. This will take many years but you can do it.

Wealthy Affiliate makes it easy for us. Think about it, for only $49.00 per month you can have up to 25 different money making affiliate niche websites. You can take the knowledge you learn here and freelance your talents. Invest in yourself and get educated. 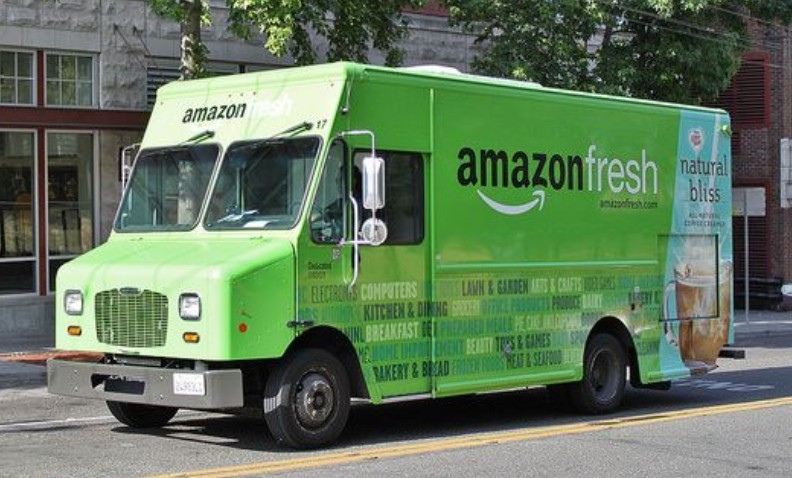 Jeff Bezos sure didn't become one of the richest men in the world for sticking to just the Amazon online retail website. He kept on re-investing in himself and kept opening more streams of income. Once he bought Whole Foods he expanded and created Amazon Fresh.

Diversifying is key to long term success and growth. Some of those stores above are doing the same thing, those that didn't are sinking or have already closed. There will always be brick and mortar stores but being part of the online marketplace is essential from the start.

We all have a GREAT OPPORTUNITY as members of Wealthy Affiliate because WA is our foundation to bigger and better things. The only obstacle you have to overcome is wanting to make a lot of money in a short period of time without devoting at least 8 hours a day.

I know Kyle and Carson didn't become success stories without working their butts off, and they are STILL working hard at keeping WA the best in the Affiliate Marketing Industry. Just like Jeff Bezos and all the other successful online entrepreneurs, they have not quit.

If you want to flourish in this online marketing world then you need to not quit EVER! Stop looking for that new shiny object of a quick fortune for little effort. Roll up your sleeves and get to building your online empire. Don't join the death of the retail stores. Make your business GREAT!

Write something…
Recent messages
ColleenLVSJC Premium
Great post, Rob! You are spot on again. It's sad to see the demise of the brick and mortar businesses, b/c I prefer to see and try some of the items that I want to buy. To me that beats shipping stuff back any day!

Also, it's sad to see retail stores closing b/c I know that there will likely be older employees in those brick and mortar businesses who are losing their jobs. It may be more difficult for them to find other work where they earn the same level of income and have comparable benefits to what they have now. I've already been hearing about that side of the brick and mortar demise.

Amazon has certainly changed the retail world more than Walmart, but now Walmart and others are jumping into the online race. Should be interesting and even more profitable for affiliate marketing. I know that Kyle & Carson will keep a step ahead of what's happening so we can be ready to take advantage of the latest trends.

Reply Like Like You like this
boomergp08 Premium
@ColleenLVSJC
You are welcome Colleen. Though a little over 50% of consumers prefer to shop online, the remaining prefer to go into a store to actually interact with the product prior to purchasing it. And there will always be that benefit of trying something out before making a purchase.

I have complete faith in Kyle and Carson keeping the WA ship cruising at full steam and smoothly through the ever-changing online marketing waters. That's the advantage of having owners who are not just in this to make a quick buck.

But yes, Amazon did certainly change the retail landscape. Many brick and mortar stores that have followed their lead are doing well. Though Walmart is only one of many big name retailers copying the Amazon model, there are many smaller companies doing the same.

Reply Like Like You like this
boomergp08 Premium
@MKearns
I agree Michael. They opened the door to a new way of commerce through online marketing. Those store brands who embraced that new market are doing well.

Reply Like Like You like this
dragonfly10 Premium Plus
Great information, thanks. Many of these brick and mortar stores have closed in our area of Eastern Wa. In the closest major city in my home area, we are down to one book store! It seems Amazon did put the nail in there coffin.

Reply Like Like You like this
boomergp08 Premium
@dragonfly10
It's sort of funny that many people do not realize that Amazon started out selling only books. But since they have diversified into so many other markets it gave some room for companies like Barnes & Nobles to be the dominant book store. But for how long?

Reply Like Like You like this
BrendaMZ Premium
Good point. However, Amazon Affiliate reduced their commissions for their affiliates. We are fortunate to have WA. I went to a local mall a few weeks ago and many stores are closing. Payless Shoes is one of them. Should we blame Amazon? They are the ones that started the e-commerce idea selling books at first then they branches out. Now those brick and mortar stores are closing their locations as the cost of renting goes up. Option is to do e commerce online, better profit margins. Now Walmart is copying Amazon for the next day shipping for their online sales. We shall not quit.

Reply Like Like You like this
boomergp08 Premium
@BrendaMZ
Amazon may have been one of the first to start the whole e-commerce trend but that was great forward thinking on the part of Bezos. The internet was still very young and he took advantage of this new way of commerce.

It reminds me of the days when Sears had a very big and popular catalog. Mail Order was the way to go before the internet came along. Now the internet retail websites are like today's version of the catalog, but offering more information and quicker interaction.

More than 50% of consumers prefer to shop online, and not just at Amazon. Stores like Target, Best Buy, Walmart and many others are doing well because they have great websites. Plus they all have affiliate programs which help to drive more traffic to them.

Online shopping is here to stay and the brick and mortar stores that adapt to this way of commerce will survive. Those that don't adapt will eventually go under. Each year since 2015, more retail stores, especially in malls, are filing for bankruptcy.

Reply Like Like You like this
Swangirl Premium
@BrendaMZ
I am really lucky my products are still in the 8% commission bracket with Amazon. They could lower it at any time though.