Before stumbling upon Wealthy Affiliate I lost quite a bit of money to scams. This isn't news for those who know my story.

I hated my job and was desperate to find another way of making money. So naturally I was very excited when I started searching the web and came across amazing promises:
"Make $1,395 by tomorrow with our system!", "Earn $10,000 per week with just 3 clicks"... you know how those scams go.

After spending a lot of money on these I came across WA. This is when WA did not have a free starter membership so I had to pay to gain access. I promised myself this was the LAST thing I would try.

... within 1 week or so I had made my very first commission online! It was $33 and I was hooked! I kept on working, making more websites, putting out more content (even though I really sucked at writing). Some websites failed miserably, some brought in money. The point is - I realized making money online is possible.

While spending a lot of time online I kept stumbling upon all these gurus. People who didn't promise easy money but they promised to reveal their secrets on how they made 6 or even 7 figures a year online.

I was fascinated by these folks however I wasn't willing to shell out $2,000-$5,000 on their training. Given my history with scams I was still very skeptical.

However, a few "online friends" did purchase those courses and shared them with me. The content was rather good. Not $2,000+ kind of good but very decent. There was one issue though, nothing "incredible" was ever revealed.

Eventually I even met some of these successful online millionaires and I had no doubt about their income claims. Yet, I still felt like they knew something I didn't. I spent years trying to figure out that secret ingredient to their success and I finally got it.

As cliché as it might sound, there was no secret. They never shared anything groundbreaking because there was nothing to share. The secret to their success was hard work, dedication and years of time.

I know you might be shaking your head right now in disbelief, thinking "Whatever Alex, they are so successful because they know something we don't". Let me assure you, they don't. There is a common trait though: all those successful ones work really really hard. Do you think they put in 2 hours a day into their business? 4 hours a day? Try again.

Let's do some math

It took you 10-11 years of your life to finish school (I'm talking about elementary+high school). On average you spent 30 hours per week at school and another 10 hours a week doing home work for a total of 40 hours per week.

The same goes for business. If you put in 10 hours a week you would eventually make some income and even a living, however it would take you 4+ times longer than those who put in a lot more time.

Spending time on Facebook is great. Watching hours of video on Youtube is great. Binge-watching 2 seasons of Game of Thrones in a weekend is awesome but it doesn't get you closer to your goals. You waste 10-20-40 hours a week on these activities instead of investing them into your business. If that's your preference than fine. My point is, I am sure that 90% of WA members have a lot more spare time than they think however we all need to manage it properly because there are only 24 hours in a day.

As I mentioned at the beginning of the post I made my very first commission online within a week or so. I started from ZERO. I didn't know how to set up a website, I didn't know how to write content (English being my 4th language didn't help either). I was a complete beginner yet I managed to make money after a week.

You want to know my secret? I spent over 100 hours in front of the computer in that first week. This was certainly overkill and I wouldn't recommend that to you. However, I am not smarter than you, I am not better than you, I am not special in any way. All I did was put in a lot of time and a lot of efforts into it and I saw the results. As simple as that.

You wanted a formula to success? You got it! Now go get some work done.

Success to all of you beautiful people of WA.

Write something…
Recent messages
Funkydunc208 Premium
Buddy, you just wrote on of the most sagest posts in a long time. Thoroughly enjoyed it. Hard work and time spent doing the hard work is the secret to any business success. Sprinkle that with a pinch of patience and we have started down the path to tasting success.

Reply Like Like You like this
Swangirl Premium
Good reminder Alex...I don't mind the slow and steady approach...I am finishing my Master's Degree after 10 years as I had to take 1 course at a time when I could afford them and still have a regular job.

I started out putting all my free time into WA and my website. Now I have to let it fall back a bit as I am taking another course and still have a full-time job. I am in this for the long-haul though so I am not going to stress about it!

The key is that people who think they can make a full-time income at this in the first year need to know they must make it a full-time job...not just a few hours here and there. So thanks for pointing that out!

Reply Like Like You like this
Ykillian Premium
Thanks Alex. Wish I would have had this information many years ago prior to me spending lots of money. hahahahaa. We live and we learn and we pick up bits of information along the way and then finally one day it all clicks together.

Yes, hard work is the key. Many people are lazy and want the results without putting in the work. I can say that I was semi in the same boat but most of all the lesson that I learned is that you can not remain the current you to achieve what the new you will receive. You have to adjust and purge old habits in order to be see a change and a movement in your life.

Cheers to our success,

Reply Like Like You like this
AlexSol Premium
@Ykillian
Thanks for reading Yvonne! We do in fact have to change our ways if we want to see something different. All the good stuff happens out of our comfort zone.

Im striving to get my train out of that zone.

Cheers to our success,

Reply Like Like You like this
Loes Premium
Yes, that's so right Alex! Most people are just focussing on the successful position someone has, and refuse to look what the person had to do to get there.

How long would it take you to become no #1 on the hitlist, when you pick up a guitar today for the first time?

Reply Like Like You like this
MPollock Premium
Love it, You just answered the question, I get this question asked a lot of times, and there is no secret.
I put about 50 hrs a week in websites, and 50 hrs a week or more in my auto business.
and yes they are both very successful.
Thanks, my friend.
You just made my day. 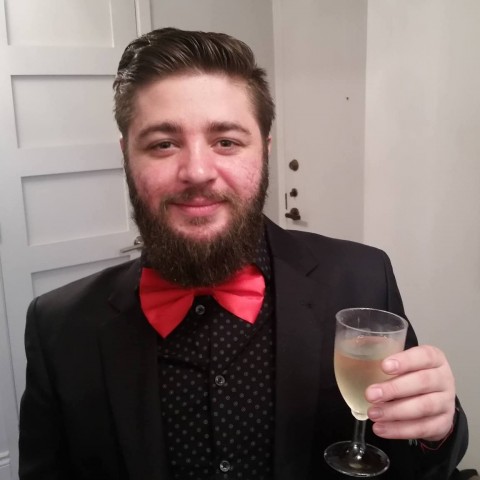