Rescue Feral Cats – For The Joy Of It 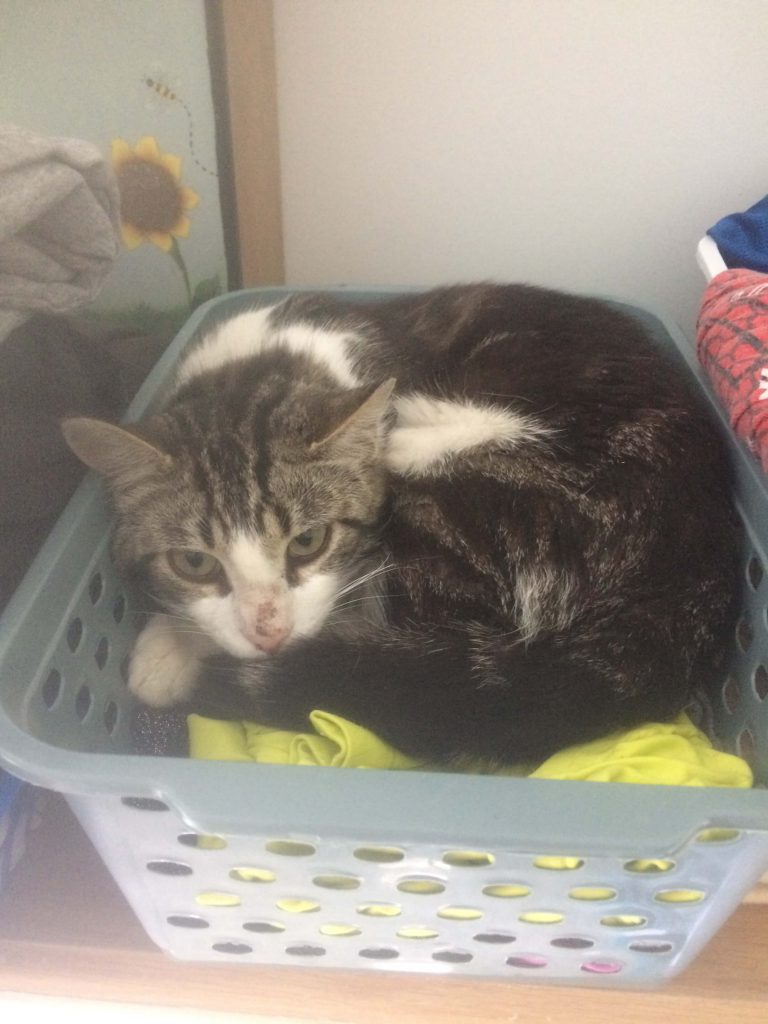 Feral cat rescue is our cat lover’s way of saving a life, helping the environment plus ensuring there will be less unwanted kittens. There is definitely a joy in rescuing a feral cat even though it may not be much fun at times. So we rescue feral cats for the joy of it.

This kitty had been coming around the yard several times and we decided to trap him. I used a live trap that we used to catch other cats and it is safe and effective. Traps have to be monitored regularly so the what ever gets trapped does not get stressed due to weather or panic. Remember that when you set out a trap you might not catch your intended target. Have a plan so that if you catch a skunk or other wild life so you don’t get hurt.

Norbu (The name means Jewel) was captured on June 09,2018. I heard the trap rattling outside and sure enough we caught the kitty. This cat is a real feral cat and did not want to be handled. The adventure begins with getting him out of the cage. Actually when I opened the cage Norbu bolted and now he was impossible to catch. He was now loose in my garage and it took six days to finally catch him again. During this time I made sure the were no garage hazards for this wild cat to get into and he was fed regularly. 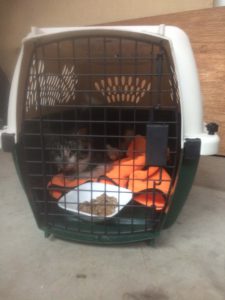 The interesting event was that he used the litter box right from the start. Cats are so polite. I caught him on June 15th and took him to the vet immediately. On the 16th of June he was neutered and I brought him home and he was isolated in a separate room. While he was at the vet he was tattooed, dewormed and vaccinated. Shortly after the neuter Norbu developed diarrhea. After 24 hours of watching this I took him back to the vet and it was discovered that he had bacteria imbalance in his gut, plus the surgery and the stress of being rescued all contributed to his diarrhea.

He was then placed on an antibiotic plus a probiotic. This will continue for a week. During this visit the vet and I concluded that Norbu is going to be officially listed as three years old. In another three weeks he will be going back to the vet for his booster shots.

During the last two days Norbu has been letting me pet him. This is the best part of socializing a feral cat. He is still defensive, but there is progress and I am sure he will learn to enjoy his rescue. I am sure that he does not see his captivity as a rescue or even much fun. He does like feeding time though. My friend rescued a feral cat and it took three months for him to socialize and now he does not want to even go outside. We must be Patient.
Patience must be practiced in many forms, bites, scratches and messes need to be handled with love.

What I Have Learned

I have rescued seven cats to date and Norbu has been the most feral cat I have handled. The first lesson for me is that I would not of let him loose in the garage. The garage is a dangerous place and I had to cat proof the building to eliminate the chemical hazards. When I caught Norbu to take him to the vet it was a wild cat tooth and claw experience to put him in the carrier.

I live in a small house and I do not have a quiet room for the kitty to hide in. This would probably be the best way to reduce the stress of a captured cat is to give him a quiet spot. Poor Norbu has to deal with continual noise and people presence.

Bringing a cat with an unknown medical history in the clowder makes a period of isolation mandatory until you can be comfortable as to the health of your cat. 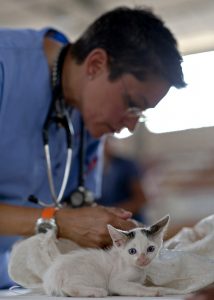 A person probably adds ten years life to a kitty taken out of the environment. I personally do not agree with free roaming cats, however cat overpopulation is an ongoing problem. This where Trap Spay/Neuter and Release programs come into effect.

I have had two cats now that developed post surgery complications. My little girl Roxanne developed an infection and needed antibiotics. Norbu developed diarrhea and required medical assistance. Sterilized cats require at least three weeks of monitoring before being released into the wild again in my opinion. They probably would have died without monitoring.

In Norbu’s case it has yet to be determined if he is going to be released outside. Manitoba winters are very harsh and I would rather see him in the house. If he will not get along with the other cats he will be put up for adoption.

I have invested $300.00 CDN into this feral cat with no regrets. His booster shots will add another expense. This is the cost of rescuing cats. When a person goes to the shelter and gets a cat for $100.00 or less you are getting a deal.

Should you decide to rescue feral cats be sure to protect your self. Norbu has bitten and scratched me. Handling a cat with an unknown medical history puts you at risk medically. Any loose animal carries the risk of rabies. When I first handle a wild cat I wear a heavy jacket and gloves and I am prepared for a fight. Be careful.

Norbu is not that hard to work with. He is scared and needs a loving touch. My hat goes off to those that service feral colonies and rescue cats that need serious medical attention. We can’t save everybody but it sure means a lot to the ones we save.

That’s my story for today. If you can, adopt a cat. If you can’t adopt foster. If you can’t foster volunteer and if that’s not an option donate to a shelter. We have to protect those that can not protect themselves.

Now hug a kitty and do something green for the environment.

It is summer in North America. I would like to leave you with this temperature chart and remind everyone about the dangers of leaving cats, dogs and babies in a hot car. 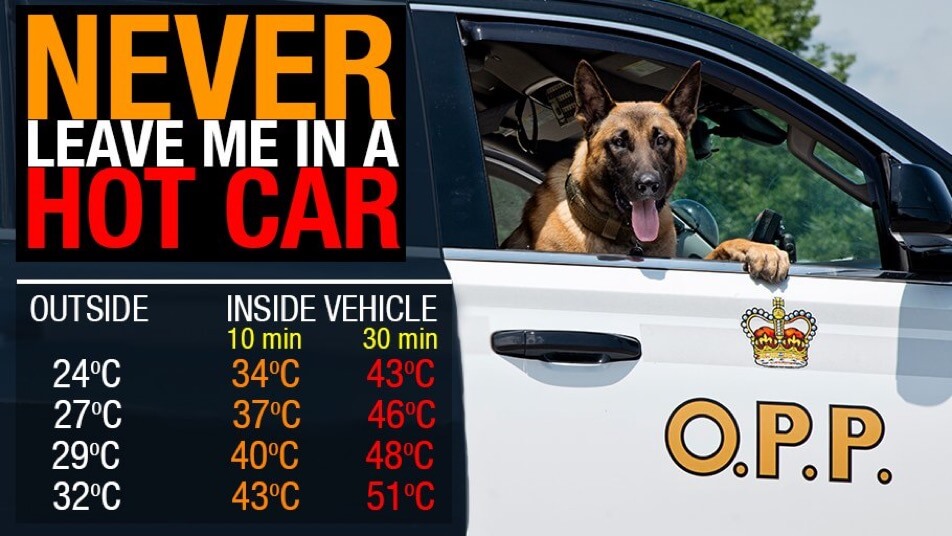 Write something…
Recent messages
TeamIceCream Premium
Awww Trevor - after having been away for more than 2 weeks by circumstances and laptop problems... this was such a heartwarming read - thank you. May the money you have spend on Norbu, be returned to you by the Universe in abundance!
Sharlee (Chocolate IceCream)

Reply Like Like You like this
1signbanner Premium
Thank you Trevor, I am a cat lover myself. Recently 3 weeks ago I adopted a feral kitty. I found him in the warehouse at my workplace.

I decided to adopt him Mochie because a month before we lost our female cat due to an infection, we think from an outdoor cat that browsed around our house.

Thanks for the reminder of spading him and not let him out for at least 3 weeks. Though we don't keep me outside, I was planning to give him a bath. Now that I know the operation must heal thanks to you I will wait.

I am happy you got hold of Norbu and did all one has to do with a feral cat to give him a better life. Also, your warning to not leave small children, old people and also animals parked in a closed car come timely. In Spain, it happens each year that people forget that a closed car can get the temperature up to 60C in a very short time. All my animals have always been rescued or they came walking into the property. You continue with what you are doing, it is well done.

Reply Like Like You like this
TRPEng Premium
@laparra1
Hello Taetske. Thanks for the encouragement. I can not understand how anyone can leave a living creature in a hot car! I will break a window to save somebody and face the consequences later.
Trevor

Reply Like Like You like this
DebbieRose Premium
I love this story...My first cat was a stray who desperately wanted a home. He, too, immediately started using the litter box without any training...that's all I needed to convince me he could stay. Previously, I had owned a dog who needed to be taken out 2-3 times a day.
Debbie

Reply Like Like You like this
TRPEng Premium
@DebbieRose
Thanks Debbie. I have been told that cats pick their owners. I think that Norbu feels he is more of a prisoner than a rescue, but he is coming around. Have a wonderful day. I have never had to litter box train any of my cats. Cats are just polite.
Trevor

Reply Like Like You like this
herinnelson Premium
Great post, Trevor!! Yes, I'm your rescue cat lover friend! I know what you mean about the expense, but it's worth every penny! Feral colonies are amazing and a wonderful blessing!

Reply Like Like You like this
TRPEng Premium
@herinnelson
Thanks Erin. Feral colonies are cool and the people that service them need support. Thanks for being a cat rescuer.
Trevor 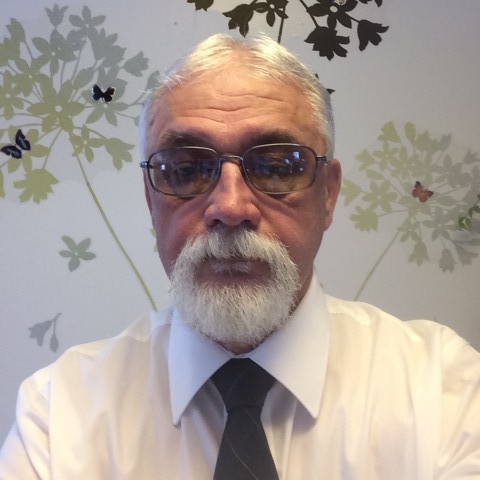