Progress....and an realignment of Attitude

After two months of sheer frustration due to cut undersea communications from Vietnam (3 times NO LESS!!) It's back to normal. Not great but not bad either.

I was asking the other day if there was any tool that would give you a page ranking greater than 20...I'm being ranked very easily for my low hanging keywords and have several page 1's, lots of page 2's gradually creeping up and dozens of others heading in the right direction too. Impressions were up 600% last month. BUT. and it's a BIG BUT..my main keyword hadn't appeared in the list yet.....Very frustrating. It was pointed out very politely (what we all know) that anything greater than 200 probably not going to get found EVER...but I still wanted to know if I was heading in the right direction. Maybe I'd been banned for some reason. How could I find out.?...Well the problem is a moot point as of today. I just checked and I've debuted in the top 200 at 115 with my second keyword 75. BTW...I never did find a tool better than Jaaxy so have now stopped wasting my time.

Anyway, apologies for my grumpiness over the last few weeks. Undersea cable, frustration i and illness nduced but still very out of character. I can see the light and have some big projects coming on line. My attitude is officially changed to more positive and I think i'm back on track...

Write something…
Recent messages
Davidjardine Premium
Hi and welcome back, your doing well, pages 1 and 2.

Reply Like Like You like this
sdawson Premium
I think this week has been a bad week for a lot of folks. I was frustrated and grumphy myself. Shirley 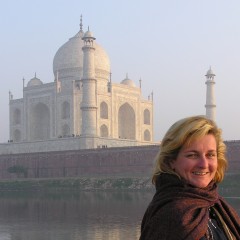