12 Month SWAG Report: Nothing to Shout Home About.

After 12 months of putting ALL my effort into a Bootcamp blog, I'm actually disappointed by the lack of results.

I don't mean to sound too negative lol, but I envisioned reaching the 12-month mark with a decent amount of traffic and a part-time income to be proud of.

Up to this point, I've managed just 4 premium WA referrals, 0 NON-WA free/paid Jaaxy referrals, and very little to show from another affiliate program.

With now over 260 posts after 12 months, all I'm getting is less than 60 organic visitors per day from Google.

But some Bootcampers with far less posts and younger blogs are getting 2 to 3X that amount of traffic and with better success rates too.

Maybe I just need to keep plugging away for a little longer? Maybe I've just published too much content too soon and need to slow down a little? Maybe I need more than 2,000 comments? Maybe I should be building 1,000s of backlinks like some other Bootcampers have done for massive income results? Who knows.

But there comes a point when you feel angry, frustrated, and demoralised, and you consider throwing in the towel on the whole "blogging thing" completely.

But that other part of you tells you not to lose faith.

However, the good news is that some of my reviews are sitting on Google page 2 - even if the majority of them have been stuck there for the last 12 months lol.

But anyways, here are the results after 12 months: 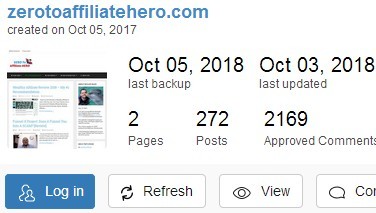 In terms of free WA referral results over the last 12 months:

I just hope the time/effort I've invested will start paying off in the next few months.

Hopefully, Black Friday will bring some good results too.

As for qualifying for Vegas, still got 98 sales to go. But at the slow snail rate speed of the site's progress, I think the chances of making it to Vegas are getting slimmer as time ticks by.

Fingers crossed, those 98 premiums come rolling in during November/December.

Write something…
Recent messages
sunrise2love Premium
Hi Neil, please listen to Zarina's suggestion. You have been work so hard and so far to give up, don't do.
We all here to give you support and lift you up. Have faith, God will open the door very soon. Don't give up.

It is disheartening when you've put so MUCH of your energy into something and you're just not reaping the rewards from it.

But I shall continue.

Reply Like Like You like this
elores Premium
You are working hard and soon you should see more success. Keep the faith and don't give up. All the best.

The frustrating part is seeing all these $5K+ income proof screenshots when we don't have 2 pennies to rub together from our efforts lol.

Reply Like Like You like this
AlenkaV Premium
Congratulations on your many posts! Wow, you have been working hard.
Sorry you haven't seen the success you wanted, but I think it is just a matter of time.
Also, I'd be so curious to read what would Kyle say about this. Maye an idea to ask him...
Best of luck!
Alenka

It's VERY frustrating when we keep plugging away for months on end and we see very little improvements. It's even worse when we don't know how long it's gonna be until that traffic does actually start to spike.

I've already picked Kyle's brains numerous times in the past on the same issue.

It's a case of following the training and investing the work.

Reply Like Like You like this
Happy2Learn Premium
On the positive side well done for all your hard work. Well done for all your comments as well. Is there a sub-area within the MMO niche that you are targeting or are you still keeping it pretty broad? Also how many product reviews have you done? Jerry & Grace both swear by lots of product reviews.

I've stuck to the "affiliate marketing" side of things. There's plenty to write about.

Yeah, product reviews are the best source of traffic. I've sone 223 reviews so far. So no problems in that department lol.

You have a great foundation built, you're getting traffic, and it looks like maybe you just need to get some feedback to see if there's something you can do to increase your conversions.

Just off the top of my head, do you have a lead magnet and are you collecting email addresses for an email marketing campaign? Do you have call-to-actions placed well--enough, but not too many? Things like that, but there's more that a much more experienced marketer will be able to go over.

Your hard work will not go to waste, and I'm betting that in another 6 months you'll be updating us with all the successes you're having!

Trust me, I've spent A LOT of time tweaking that site to get things just right. It does a fairly good job at producing conversions. :)

The problem is the traffic. There's just not enough of it when there should be more with the amount of content published and especially with the site now being a year old.

Email marketing isn't on my radar until I start getting a decent amount of traffic and some income from it.

Plus email marketing is a beast all by itself which requires in-depth learning.

I appreciate the encouragement. 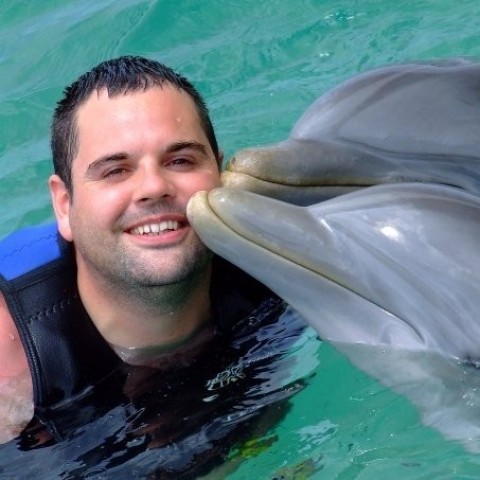