About two months ago, I had blogged regarding a trip Amanda Vin and I took to Hawaii.

During our first day there, I had noticed Amanda had a mole on the back of her leg that had changed drastically from the last time I remembered seeing it.

We immediately Googled it and looked up as much information as we could. The mole was a direct match for skin cancer, specifically melanoma.

At this point, we are one day in to a two week trip and completely overcome with fear. There wasn't really anything we could do while there short of canceling the trip and coming home early, so we put it in the back of our minds and enjoyed the rest of our stay.

We got home and immediately scheduled an appointment for Amanda at the dermatologist. The doctor took one look at the mole on her leg and said "This doesn't look good" and said it was a 99% chance it was melanoma.

If you are unfamiliar with melanoma, it is the rarest form of skin cancer and it's also the deadliest. It can spread quite quickly and if it burrows down through the layers of your skin and hits your blood stream, it will spread to your lymph nodes, lungs, and brain.

With melanoma, the earlier you catch it the better. If you catch it early enough that it hasn't started to burrow into your skin, a small surgery to remove it is all you need and you end up with a 98% survival rate over 5 years. If it spreads and hits Stage 4, your odds drop down to about 15%.

The doctor hit us with that news and did a shave biopsy of the mole. Lab results would take about 10 days to get back.

Hope that you never have to wait for cancer biopsy results because it will be the longest wait of your life.

Every conceivable dark thought will go through your mind no matter how hard you try and fight it. I've never had to consider Amanda's mortality (or really my own) before. I was under the assumption that we would both live forever.

We had just started our family, Vincent is only 9 months old, business is still in a little bit of a lull, and Amanda might have to start battling cancer.

The stress felt insurmountable and all we wanted to know was...

Did we catch it early enough?

After one long agonizing week, we got the results back.

We had caught it extremely early and it was only superficial spreading. The recommended course of action was a wide excision to make sure all cancer cells in the area were removed.

It was about as good of a diagnosis that we could have asked for. Yes, Amanda still needed surgery, but they just had to remove a chunk of her leg and that was it. No lymph node removal, no radiation or chemo, no medicine. Just surgery.

Amanda's surgery went well. She was on crutches for a while, but she is up and moving freely again.

They were able to remove everything and her pathology report came back clear. 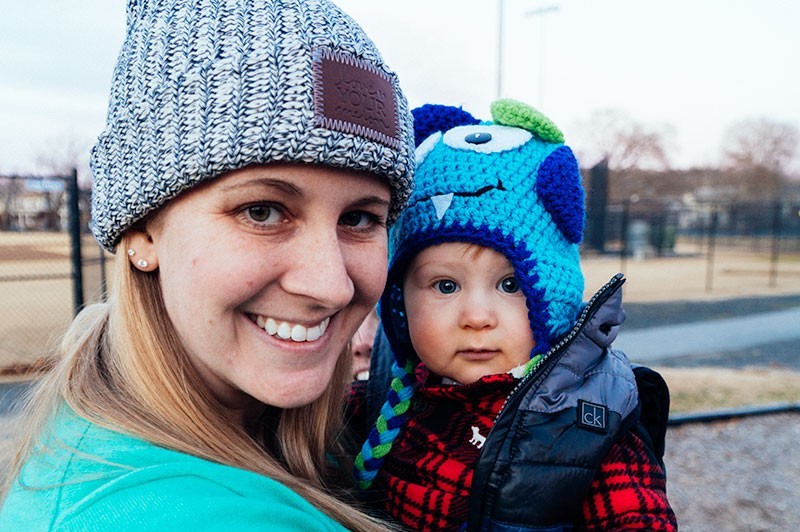 Needless to say, this has been an extremely long and stressful two months. She is still healing and will have to be extra vigilant regarding sun protection and keeping tabs on her skin going forward.

If I can leave you with two things today:

Skin cancer is easily treated if caught early enough. If you have anything you might be concerned about, just go get checked. You are apparently supposed to see a dermatologist once a year for skin checks. We had never heard that prior to this scare.

Fair skinned, light hair & light eyed people are especially susceptible to skin cancer, but any one of any background or race can get it.

It's been a stress-filled two months that I hope I never have to relive.

Write something…
Recent messages
Dashnow Premium
I had a niece who was addicted to tanning booths. Of course, her mother kept telling her of the dangers. Low and behold at the ripe old age of 27 she was diagnosed with a melanoma mole on her stomach. Like your wife she was lucky and they were able to remove it all but she must do lifelong skin checks and use sunscreen. She is sometimes lax with the sunscreen and I do remind her how deadly melanoma can be. So glad your wife is ok and tell her never to forget the sunscreen.

Reply Like Like You like this
IveTriedThat Premium
@Dashnow
It's crazy that tanning beds are still legal. The amount of damage those things can do is insane.

Reply Like Like You like this
jetrbby80316 Premium
Great lesson. I'm very happy you were vigilant about this and caught this early Steve. I've lost a loved one to the "Big C" so I know the stresses you have encountered.

Certainly the longest 2 months of your life, but having only to have surgery on Amanda's leg compared to chemo is the best result you could expect.

Stay strong all 3 of you, the worst is over.

Reply Like Like You like this
IveTriedThat Premium
@jetrbby80316
Yes, we are beyond grateful that it was only Stage 1 cancer. We are extremely lucky to only have to go through a minor surgery and nothing more. It could have been a lot worse had we waited or brushed it off.

Reply Like Like You like this
stay focused Premium
Wow!
God Bless Amanda in her recovery. A beautiful
girl she is. Thank you and your husband for an
immediate trip to the doctor's when you arrived
home. Who would ever think this would happen
to such a young child? Unfortunately, it does!
All children and teen's right on to adults, Must
Wear a good quality SPF with an index of at least
15+ on up.. Depending on your Skin Type, girl, boy,
man or woman, Wear the Sunscreen! Then, Everyone
can have fun in the sun!!
God Bless
James
P.S. My website is about skin care for men!

Reply Like Like You like this
IveTriedThat Premium
@stay focused
Yes, we were shocked when we were reading up on it because we assumed skin cancer is something that happens to you when you get old. It really can hit any one at any time in life.

Reply Like Like You like this
smokeywins Premium
Sadly, I know all too well how scary Cancer can be. In 2015, we got the news that my dad had Pancreatic cancer that had metastasized, or stage 4 like you mentioned. I had a lump that had appeared during this time, but it did not meet the typical "cancer" symptoms, so I put it out of my mind, Granted not the best thing to do, but it was not something I wanted to deal with while my dad was so ill. A year later, I finally had it checked. There was much concern, scans were done and I was sent for a biopsy. I held out until the very end that it had to be benign until the results came back with the worst we could have ever imagined. Stage 3A Breast Cancer, at 37 years old. It got into my lymph nodes but luckily didn't spread beyond that. I've been through Chemo, radiation, surgery, and I'm classified as a Survivor. Cancer, of any form, is something I don't wish on anyone. It changes your outlook on life. I am now focused more on living life to the fullest, which is why I am focusing so much harder on building my online businesses so my husband and I can travel and do more of the things we have always wanted to do, but have always said, next month, next year, etc. Tomorrow is never truly a guarantee. I am so happy to read that your wife's bout was caught early enough. :-)

Good seeing you after to long. So very sorry to hear of your dad and your own cancer story. We are extremely thankful Amanda "only" had Stage 1. I hope you're doing better. It really does shake up life beyond what you can imagine.

Reply Like Like You like this
sdawson Premium
Yes, I know that a cancer diagnosis is so scary. Very glad she got it treated early and it is gone. My mom died from complications of skin cancer that had spread into her body. Getting early treatment is very necessary.

Now back to WA and your online business. Best wishes. - Shirley

Reply Like Like You like this
IveTriedThat Premium
@sdawson
We are glad this is behind us so we can start pushing forward again. Onwards and upwards. 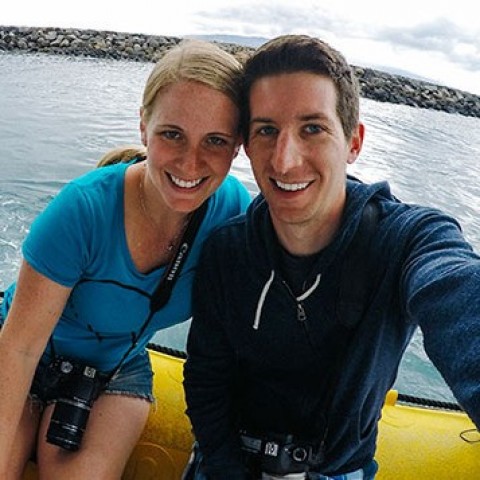