Most people realize that the Internet has the potential to create some serious money. Just the sheer number of of active users surfing "The Net" on a daily basis is phenomenal. Everything is in place for those who want to become successful.

Despite this people still seem frozen and reluctant to act. This is a problem I believe that has been caused by the unsavory customers that proliferate the "cyber world". Fear and procrastination is in the mind but they are dream killers

When I first stumbled upon Wealthy Affiliate in December 2014, I instantly dismissed it as yet another scam. This program was obviously just anther way that had been devised to part me and my hard earned cash from each other.

Anyone who has been struggling to make money online will understand what I mean. Every corner of the Internet seems to be populated by Honest John and his sidekick Gideon. Just lying in wait to con some unsuspecting Pinocchio out of his cash. I'm not ashamed to say it I was Pinocchio on several occasions. Not any more my guard was now well and truly posted and alert.

So, somehow I found myself inadvertently reading a review by a guy called Kyle about Honest John's latest venture - a program called Wealthy Affiliate. Scam - Scam - Scam repeatedly echoed through my mind as I read the review. However being stubborn and also looking for something to help me I carried on reading (good job to).
When I got to the end of the post and started to digest the contents I began to think "What if"? What if this is not a scam? "What if it works"? Can it be any good, after all its free to join? "Who would give away a half decent program for free"?
So eventually after much deliberation I decided to take the plunge and signed up for the free starter program - After all what did I have to loose?

BOOOOOOOOM - My brain was assaulted by the sheer volume of information on offer. Warning overload!! The training programs were incredible. Everything and much more that was promised on the review was available. What the hell had I just gotten into?

I set about the training with gusto and within hours had my first website up and running. This is it. I'm going to be a millionaire by March 2015. Unfortunately that hasn't happened yet. No I suffered set back after setback to my own personal expectations even to the point of despair.

I had numerous private messages with both Kyle and Carson, who give me pointers to the things I was doing "not quite right". I had endless support and encouragement from the community at WA. People who were or have experienced what I was going through.

Finally 10 months later things began to happen. I got a referral and another and another. What's going on? Some of these signed up for the Premium package. Congratulatory emails started arriving (they really do make your day). Finally as promised on the first of the month I received a commission payment directly into my PayPal account. Bang on time. The first money I have ever made on line.

Does Wealthy Affiliate work? NO. You do. You do the work as laid out by the Wealthy Affiliate training program. Be consistent, persistent and diligent. Do what Kyle and Carson teach and keep on doing it. Never stop. Get help and support when you need it, but never stop. Keep on keeping on.

Then one morning you will wake up and find an email saying Congratulations your first (of many) Wealthy Affiliate sale.

We are one big happy family at WA. Some of us are experiencing more success than others (for now). However everyone can experience success just by doing what needs to be done.

Thanks for reading I hope I've help some people believe this can and shall be done.

Write something…
Recent messages
gardenguy Premium
Good article Mark.......well written. You dramatize how much a "one-of- a-kind" WA is on the internet.
Wayne

Reply Like Like You like this
GoSparky Premium
@gardenguy
Hi Wayne - Personally I don't think there is anything to touch WA on the Internet. Its not just what you get for free on the starter program its everything else - the community, the support etc.
Mark

Reply Like Like You like this
roamy Premium
Very motivating and well said,you do the work and reap the profits,WA only work if you put in the work.
Congratulations on your referrals and l hope you have many more to come.

Reply Like Like You like this
GoSparky Premium
@roamy
Hi Roamy - Thanks for your comment. My referrals show that anyone can be successful if they follow the courses. This is the first income I've ever made online in 5 years of trying.
Just follow the teaching of K & C and anyone can attain their dreams.
Mark

Reply Like Like You like this
mijareze Premium
I too was very carefull before joining WA. I checked it out with the BBB and online sources. I know I visited the same website by Kyle several times and it indicated the date I had last visited his scam site. I too began to digest the content he provided and said hey what if? Prior to checking out WA, I checked out another Online program and that one was a scam so I was very carefull! Like you, I too felt inundated in the workload: The emails, classes, and building a website which was completely foreign to me. Indeed, I have come a long way in just under 3 months and I have a long way to go! But, I am gratefull to Kyle, Carson, and all the kind and helpfull people within the WA community!
Ed

Reply Like Like You like this
GoSparky Premium
@mijareze
Hi Ed - glad to hear someone else had the same reservations I had. After being a WA member since December 2014 things are starting to move. All I would say to anyone is keep going no matter how bad things are. Your first or next referral could be visiting your website at this moment.
Mark

Reply Like Like You like this
jaydeb08 Premium
Great post mark, your not alone with you initial thought on WA, I was, I have been really slack the last 3 weeks cannot get motivated, I did spend a few days in hospital with my back, I'm starting bootcamp soon do see what happen, the brain drain from the affiliate training has killed me, I did'nt follow it to the letter so I guess I'm paying for it now with no sales n a poorly ranked site, I add the content maybe just not the right content? ...all the best buddy keep up the effort its working for you...cheers john

Reply Like Like You like this
GoSparky Premium
@jaydeb08
Hi John - Hope your back is getting better. Don't worry about making mistakes. I think everyone WA has messed up somewhere along the line.
Keep your chin up, reset and make it happen. If for no other reason then for the "little munchkin" your holding
Good luck
Mark

Reply Like Like You like this
Mark Tait Premium
Hi Mark - I agree - you have everything you need here - but only YOU can take action and make it work.

Reply Like Like You like this
GoSparky Premium
@Mark Tait
Hi Mark - Thanks for responding. WA is without doubt the bes thing around. It supplies all the ingredients for success - you just out them together.
Mark 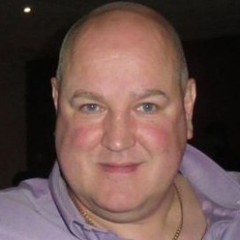