I know I'm kinda late to the party here with my Vegas post & as a result by now you're probably getting tired of hearing about it... (maybe?)... But regardless I wanted to put one together all the same even as just as a show of my gratitude, because let me tell you the whole thing was AMAZING right from start to finish.

Honestly those guys are so down to earth yet so knowledgeable & caring about the community they have here it's unbelievable.

And as many of the other Vegas goers have mentioned in their posts they truly do have a burning desire to create the best platform possible here as opposed to a sole focus on profit.

More about that in a moment, but first....

Well just a couple of weeks back I flew home from a trip to Florida (I live in the UK) & the flight back was one of the worst flights I've ever had. We hit turbulance REAL bad out of nowhere (no seatbelt lights on) and as a result even a few people on the plane suffered some minor injuries from getting thrown around.

Because of that I gained some nervousness about flying (even though I know in my mind turbulance is no big deal)... So as excited as I was, I was kinda caught up on the flying aspect since it was an 11-hour flight back out to Vegas 😲 will something similar strike again???

Anyway long story short - it didn't - LOL (thank God)... And before I knew it I was checking in at the MGM in Vegas. Due to the whole flying thing I hadn't actually thought much about the Vegas bit itself, but now here I was, LOL... It quickly became very real!

And the good news started right here too as Kyle & Carson hadn't just booked us into a standard room... Oh no, we'd got the special treatment with a Stay Well Executive Suite!

It was a swish room for sure & pretty darn big too - I'd love to share a pic but due to its funky layout pictures don't really do it justice (trust me - I tried every angle LOL).

I was so excited for the meet & greet... Somebody (I think Mike or Eric) mentioned how rare it is that you meet other affiliate marketers in the wild and that is such a true statement, so it's a fantastic feeling when you can finally chat with people that actually understand what you do.

The first person I met was Grace (@littlemama) & her husband in the elevator on the way up to the Skylofts where Kyle & Carson were staying & hosting the get togethers. It's so funny because you see all the avatars around here at WA but with so many people in the room it gets suprisingly difficult to pinpoint the avatars to the people LOL.

...then you get those "ohhhhhhh, now I know you who you are" moments haha.

Just like Tim did with me, but it only took him 3 days 😉 hahah just messing buddy!

Anyway we had a couple of beers & food at the meet & greet & got to know everybody. It was super chilled out, everybody was super friendly & I believe everybody got on really well.

We broke it off *relatively early*... okay... *Vegas early* ready for the conference in the morning... And I'll admit on this front I didn't really know entirely what to expect.

I mean sure, I knew we'd be sitting around a table having discussions (as opposed to Kyle & Carson cheering us on through a microphone on a stage LOL) but I wasn't entirely sure what the discussions would actually consist of... Which brings me onto...

Like I said I didn't really know what to expect here - but basically the discussions were focused about how the Wealthy Affiliate platform will be progressing over coming months & years... And in short with some of the ideas in the pipeline I was BLOWN AWAY.

I mean I know how it feels when you don't attend the conference & you see the posts saying "be excited for things to come"... It makes you think "ohhh yeah, that's just hype"... I'll admit I kinda felt the same way when the conference went down last year & I was reading posts having not attended...

But if you look back at the changes that have actually happened over the past year you will see that it's absolutely NOT hype. Wealthy Affiliate has gone through some of the biggest changes ever - like the seamless Jaaxy integration & mobile responsive website...

Those alone are HUGE & there's been several more...

So whilst I can't (and don't want to) say too much here, just trust me when I say there are BIG things coming and as a member of Wealthy Affiliate you should definitely be excited!

In fact, you should be more than excited LOL - it's honestly next level stuff.

But yeah that's all I'm saying haha - my lips are sealed 😉

It Wasn't All "Work" Though!

I'm using the word "work" very lightly - to be honest there wasn't any work at all (in my opinion) as I find it really fun & exciting to learn about the developments of Wealthy Affiliate.

I also find it amazing to be involved in the decision-making along with the others. What other companies run their ideas by their affiliates to get their opinions on things? I've never known it!

And maybe there are some that I've not heard of - but what companies fly out their affiliates to Vegas & pay for their stay to get those opinions??? Now that's definitely gotta be unheard-of!

Wealthy Affiliate is amazing for sure - but outside of the discussions Kyle & Carson made a lot of room for fun. First night was the meet & great, second was an awesome meal where people were fed like kings. In fact, I suspect probably no king has ever been fed like that.... LOL... And the third night was hosted in a HUGE suite with more amazing food & live music.

I loved every minute of it from start to finish.

But Back Onto Kyle & Carson...

I started this post out by talking about Kyle & Carson - and after meeting these guys in person I can safely say that you are all in VERY good hands here at Wealthy Affiliate.

So often I see people who just want to build things, make money & sit back & relax whilst they reep the rewards...

And it's easy to say that if Kyle & Carson wanted to, they could do that right now. They've built something great & even for years to come this site would remain ahead of the game...

But this is the thing... They're absolutely 100% not interested in doing that.

They want to create something that's better than the best - they want to do everything they possibly can to give EVERY single member here the best chance of finding success online.

They work LONG hours, they really do respond to you 1-on-1 & yet amid that they still make time to continually make improvements & take the program to next level year-on-year.

So if you stick around, those 2 guys are going to look after you here for sure.

And the same can be said about all of the other affiliates I met at the conference. The integrity of each of those individuals stands out a mile. They too truly care about helping others.

So as I said above, you're in good hands here at WA - and if you follow the training here (and put in the work) then I have absolute faith in you too becoming a super affiliate as well.

Now to leave you with a couple of photos (credits to @littlemama!) 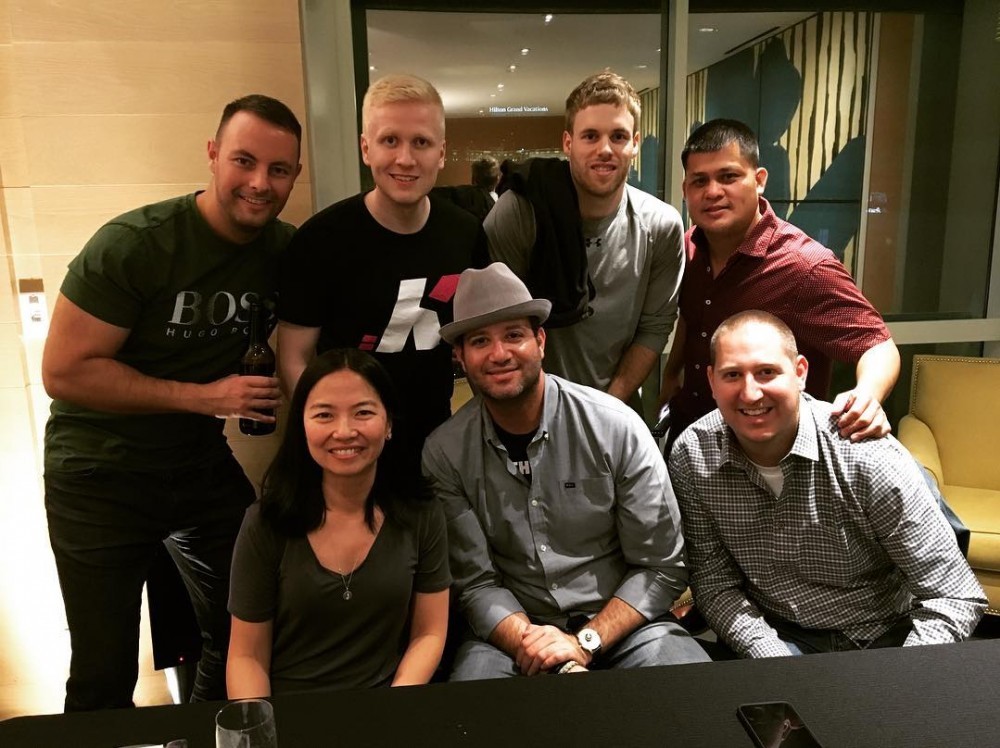 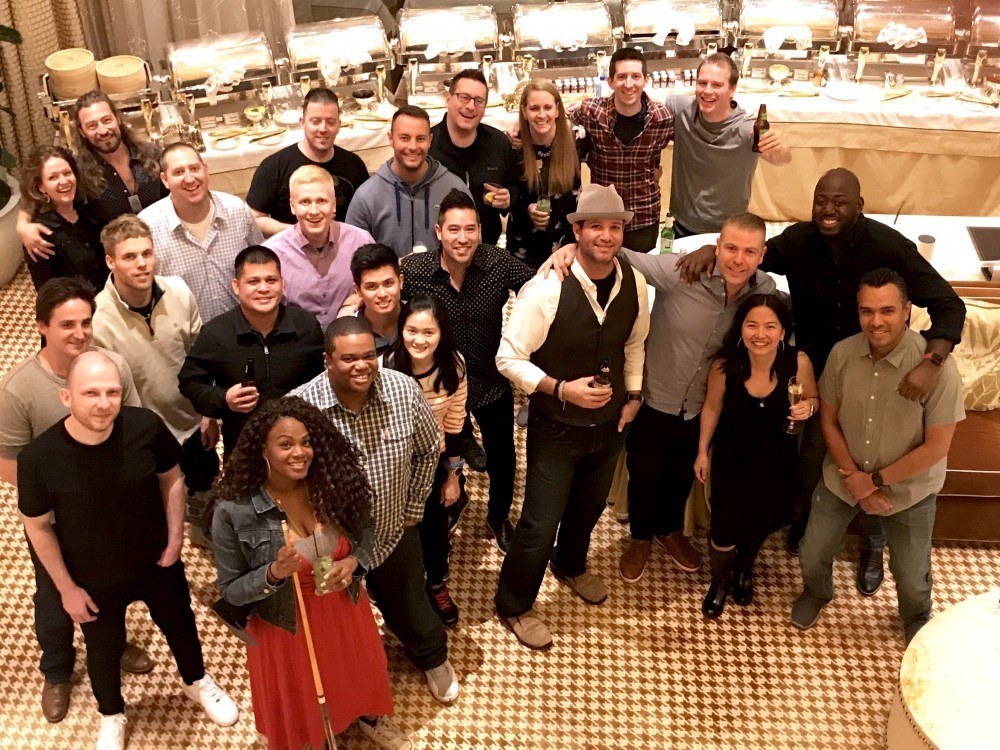 Hope to see you all & more again next year!! 🙂 - and in general I wish all of you reading this post the greatest success in your businesses regardless of what niche you're working in!

Peace out for now - oh, and on Roope's instructions - "Smash That Like Button" 😉😛
Join the Discussion

Reply Like Like You like this
H-Spinney Premium
Is it possible to get a list of who made the conference? I think it would be very helpful to read their blogs and comments to get a ton of ideas we can use so that one day more of us could be in Vegas in the future...

Reply Like Like You like this
Dale123 Premium
@H-Spinney
Some people prefer to keep it private for various reasons so it's up to the individuals as to whether or not they wish to disclose they went... But if you search "Vegas" in the search bar then you'll be able to find the blog posts that members have published.

Thank you for the reply and the suggestion. 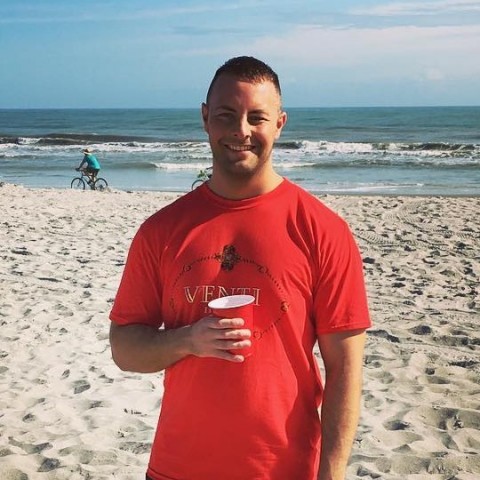