Last month I spent quite a bit of time researching niches. I found one that appeared to have a very good amount of traffic and was trending upward so I investigated further. As I delved further into the topic of plantar fasciitis (often called jogger's heel) I became very intrigued with what I was reading.

I Know a Runner

You see, my son-in-law Eric is a runner. He competes in half- and full-marathons regularly. So, when he and my daughter came down for a week after Christmas, I asked him what he knew about it. Guess what? He's suffered with it for more than a year! 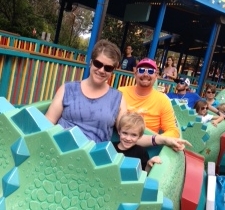 (My daughter and son-in-law with their nephew)

Well, that led to a nice "interview" to help understand what he felt as symptoms and how he went about treating it. Since he still suffers from this issue occasionally, he has addressed it in a number of different ways.

Knowing that he struggled with this cemented the idea for a niche site.

If you read my previous blog post, you'll know that all of us went off for a week vacation at DisneyWorld. The day we arrived we went over to Epcot for a planned dinner in "Norway." I was wearing some nice sandals that I've had for a year or so. Well, we walked quite some distance to get to dinner and afterwards we walked back (of course).

As it turns out, my sandals didn't have very good arch support. Between that and probably some relatively tight calf muscles from riding in the car, a bus, an airplane, a tram, a bus, and yet another bus, my right foot wasn't happy. I woke up, as normal, in the middle of the night and felt the need for the bathroom.

You can probably imagine what I'm going to tell you next. I felt some pain in my heel as I stepped out onto the floor and when I tried to take my first step I almost fell over from the pain. I limped, dragging my right foot as gingerly as I could, hanging onto anything that was near me, to get to and from the bathroom.

Fortunately, Eric had brought along a night splint so I began to use it. Having read a bit of material about plantar fasciitis symptoms and treatment, I was able to do some stretches to help out also. But, the pain lasted throughout the week at Disney. 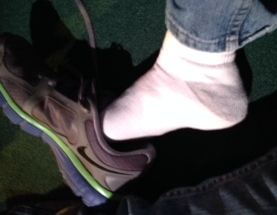 (When I had a chance, this is what I did)

It's now almost two weeks later and, though it's getting better, my heel is still sore, especially if I do anything out of the ordinary. I'm wearing heel supports in my shoes and figuring out everything I can to get my feet back to normal.

Time to Move Ahead

Now that I have "experience" with the pain and some of the products, I am fully convinced that it is time to begin my second niche site. You'll be hearing more on this later.

Write something…
Recent messages
Dfishell Premium
Sounds like you're on to something Allyn - should do very well. 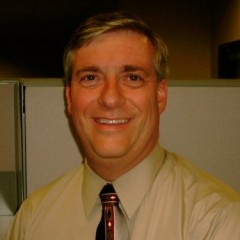