I Trust My Inner Wisdom And Intuition

(Coda) Hardly the 'Thinker' now is it, the image that is. However, I actually do trust my inner wisdom and intuition but it doesn't always mean that I am right.

Oh, this is just a such a natural segue, it seems a shame to waste it but I have to.

We should have 'coda's' in our punctuation and thus when the time is right you would return to the above line and everything would make sense.

Well, I've added one, just for good measure but rather than you finding the symbol that sends you 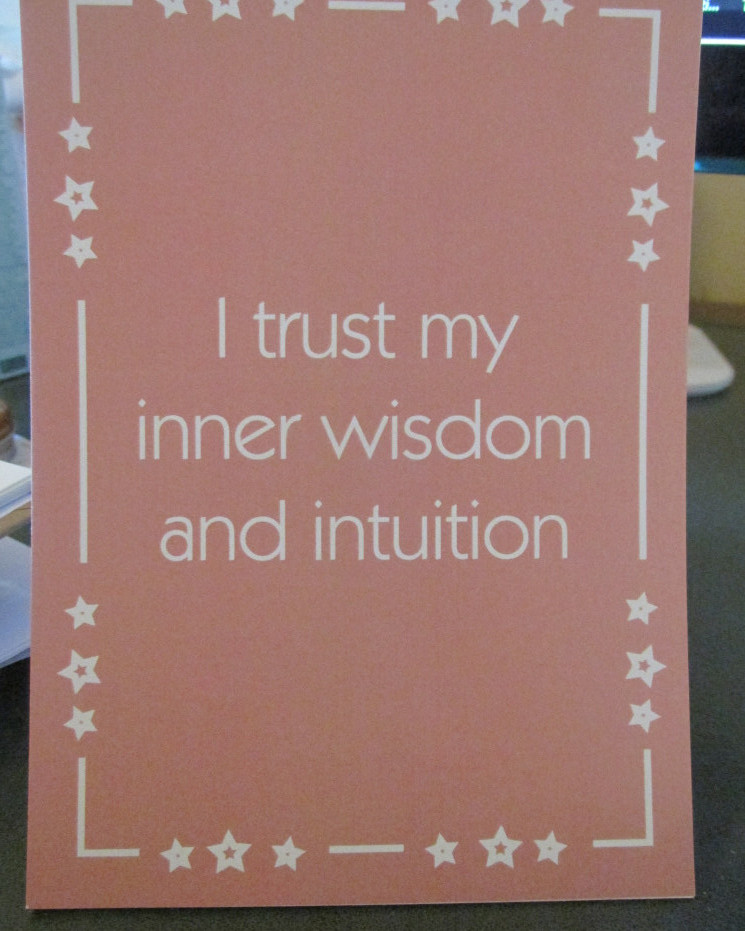 back, I will just add another 'coda' reference and then you can come back and read the line again.

How interactive is this? It's like those books that were all the rage back in the eighties where you could choose which page to go to at the end of each section. I was never into 'Dungeons and Dragons' but I seem to remember it had something similar connected with it, possibly.

Back to the subject matter, though I am sure you are at loss to know exactly what that is, allow me some latitude and I'll see if I can cobble something deep and meaningful together for you.

That might be a bit of stretch mind, we'll see.

If you've had an opportunity to read more than a couple of my posts over the last two years you will note that I have mentioned 'serendipity' on more than one occasion, quite a few actually.

It's true I have, and I am a firm 'believer' and you can think less of me for that if you choose, I'm cool with that. That said, the regularity of these events are more than one could reasonably ascribe to coincidence, I am left no other option or at least none that I am aware of.

"Once you eliminate the impossible, whatever remains, no matter how improbable, must be the truth."

There's something to be said by the phrase "We create our own luck" and maybe that's all it is if we deal in certain areas the chances of opportunities within those areas becoming prevalent are higher than if we weren't.

Would the definition of 'causality' work better here? Let's see.

Not sure it does but I am going to move on because otherwise we'll run out of time and I won't have delivered the punchline if there is one.

The title was taken from my book of weekly affirmations which I have sat on my desk. If the turn of the page reveals something worthy, in my humble opinion, then I feel the need to share.

The image above is of the actual page in the book, I should have the image here, next to the reference but that would make the aesthetics of the post wonky and that would make me feel uncomfortable.

I have mentioned this before in a recent post 'I Believe In Myself And My Ability To Succeed' not the placement of the image, the affirmations.

As well as my weekly reminder I also have a daily quote sent through to my inbox. These are generally quite thought-provoking and I have taken to repackaging them with the help of Canva.

Once I have done that I then share the quote through social media and add my own 'two penneth' worth (change monetary denomination to suit). Today's offering was, 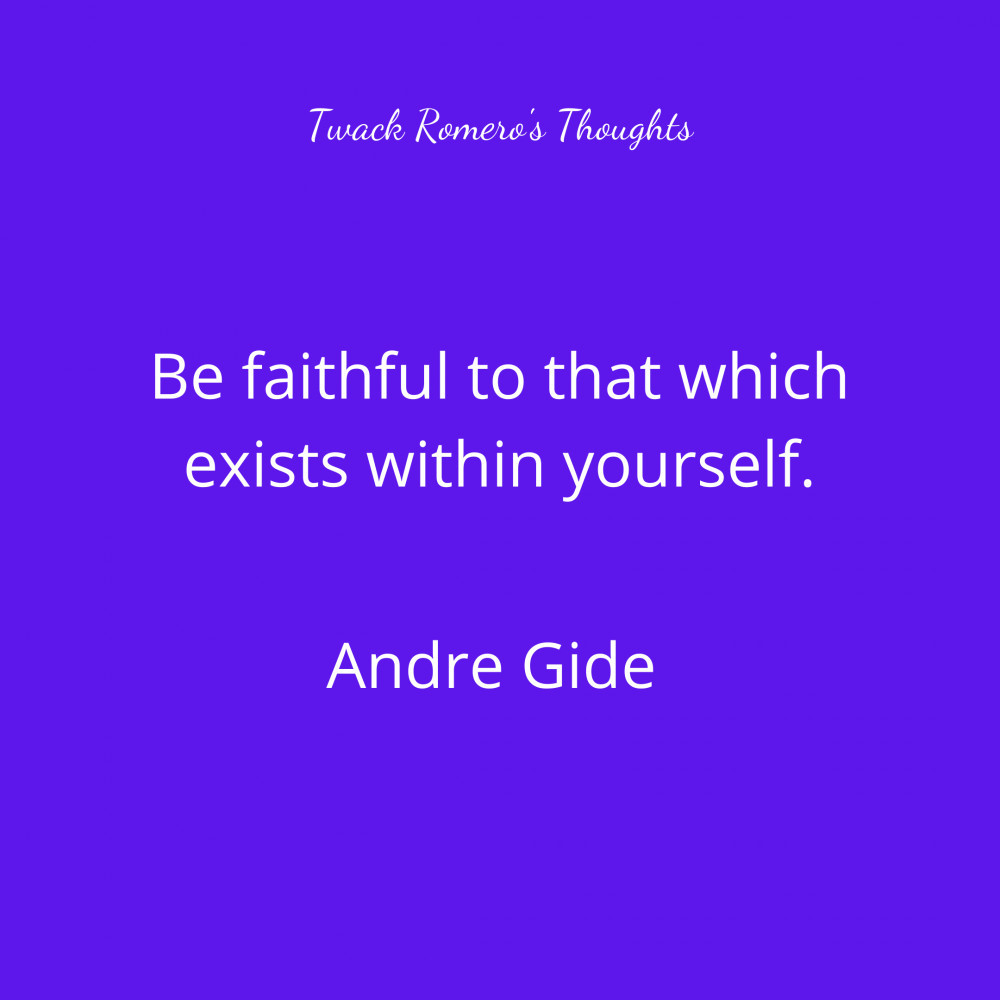 and my little addition was 'Embrace you and be your own best friend.'

So, with the evidence laid before you, it's undeniable that there is a connection and it's not one that can be described as tenuous, at least I don't think it fits that criteria.

That's right, we have to trust in ourselves and believe that we are not only capable of great things but that we'll take action towards making them happen.

We can longer leave it open for debate as the majority of those who we can ask would undoubtedly try to dissuade us, even when the risk is not theirs to take, which always baffles me.

Nevertheless, it's the way of the world and that's definitely more true of the one in which we currently reside.

Look at the time, I have things to do and people to see (that's really not the case, in fact, it's almost laughable, but hey, if we can't laugh at ourselves, right?)

Enough already, hope you're having a wonderful day.

Write something…
Recent messages
WelcomeMM Premium
Great write and pieces of advice. We do not select our teachers but they are everywhere. Our belief is not much about what is out there, but, what we are and have accepted to be the truth. Actually, every situation is a Personal Empowerment Training Session (PETS). Like any training, some are enjoyable while others are harder and tough. We have to understand that we are the only judge of what it would become.

Keep writing and inspire us.

Reply Like Like You like this
Twack Premium
@WelcomeMM
Thank you Welcome, your words are profound in themselves.
I remember hearing a phrase when I was much younger and although I have tried to find the true meaning of it I fear that my own interpretation was probably wrong but I like my take on it better.
'Conceptual Development' and to me, it means that we have to be at a certain level (of intelligence but I'm not sure if that's strictly true) before we can understand certain things. This leads me to wonder if not everyone is aware of themselves and that they carry on living within the constraints that are levelled on them by others.

Reply Like Like You like this
1Rudy1 Premium
Not to discount what you've said, here, only to accent the affirmations...
Recent visit to a well known Asian food restaurant drive thru, fortune cookie messages have been profound...

Unfortunately, I cleared off the images from my phone, or I would have added them here in my reply...wait...I found them and took a photo of my screen.

These two are only a few that I have received that actually inspired me.

Inspiration comes in all forms, and I enjoy to be enlightened! No matter the source...

Reply Like Like You like this
Twack Premium
@1Rudy1
I like those and maybe all we need is a reminder every now and then, life has a way of distracting us from the thoughts that can inspire.
It takes a conscious effort to quiet the mind but when we do it allows us to explore things we would have otherwise forgotten all about.
In this instance, all it took was for you to actually read and absorb the messages, not everyone would and thus, for them, life just carries on.

Reply Like Like You like this
1Rudy1 Premium
@Twack
You're probably right, in that many people may read the fortune yet only when they are ready to receive the message, will it have a true meaning.

Reply Like Like You like this
drjec Premium
Believe in oneself is important to make a good future happen. Certainly there are externals like health and the economy and others that impact us. But as we believe in ourselves and move ahead, I confidence grows and becomes easier to believe that we can work through new situations and be successful. Thanks for your post.

Reply Like Like You like this
Twack Premium
@drjec
You are very welcome and thank you.
I like your take on it. Going into tough situations knowing that you are going to find a solution is far more conducive to a successful outcome and that is much easier to do when you believe in yourself completely.

Reply Like Like You like this
edhozubin Premium
I am convinced that you will succeed Twack, you just have to find the right Bus! Best to you & yours Twack.

Reply Like Like You like this
Twack Premium
@edhozubin
Thank you, Edward, you're very kind to say so. Using the late, great Patrick Swayze line, 'Ditto'.
I am still trying to find the right 'bus' but whichever one I'm on takes me closer to the same destination, plus I only bought a one-way ticket.

Reply Like Like You like this
edhozubin Premium
@Twack
I am very happy to see that you have a very positive attitude with regards to your situation. Keep your chin up, positive attitude & persistence and you will get where you want to go.