How can someone be so dull with only one head.

I first looked into earning a living online about 5 years ago. Like most people, I just typed "making money online" into google, and an avalanche of opportunities sat before me. I filtered through a few and was spoil't for choice as to which system I was going to use to help me retire by the end of the following week. Must be possible, google sent them to me. Getting excited now.

Within a few hours my spam folder was more compact than Father Christmases belt, overflowing with messages from all these wonderful people from all over the world wanting to make me rich.

After a few days of treating my bank account like it was my worst enemy, I knuckled down to making my first million by tea time, and rocking the number one spot on google. Day 50, was beginning to get the feeling, things was not quite right, DERRR. Wishing I had some one to advise me, as they say two heads are better than one.

I needed help badly. I found someone to coach me. Bought his product was a bit more convincing this time, told me to check him out on google, his name came up on the number 1 spot. great I thought, I've got this internet marketing sough ted. I had some traffic to my site and some clicks from adsense, "AND" my site was number 1 on google, what a result.

I checked out a few reviews, and came across this guy's name, OUCH, I was not a happy man.

It's the number one spot on google is the point I am making, as there was a message yesterday from a fellow WA member who was so pleased of reaching number 1 on google after only about a week. I guessed what he had done, but before I could advise him, I had deleted the message by mistake. He had done exactly what I did, I made a site with lots of cute and colorful ads and banners, and content that didn't really mean anything, as advised by my so called !@?<>!*&*^$£"%!"£$£"!<>:@?>?>:*^&%$ mentor ( I'm not bitter, honest) and a domain name that was too unique, and this was the number one trick. If you have a domain name like "oochy-cawa-reel-with a- secondhand-gudgeon -pin.com" you will get a number one spot, and possibly the only site on the page.

I so hope this fellow WA member gets to read this post, and doesn't get too disheartened and looks at it as a learning curve as I did.

And 5 years on my bank account still has not forgiven me, but thanks to WA I'm not as naive as I was then.

Write something…
Recent messages
Marith Premium
I have read a lot of story like yours. I think I was extremely lucky, when I started looking, WA was the first one I found, so never been scammed. I always tell people to read at least 10 different reviews on any product they want to purchase.....

Reply Like Like You like this
SharonAllen1 Premium
Sorry you had such a bad time in the past. I have fallen for a lot of scams, but not on line. I have not gotten rich on everything from, helping people reduce their house payments to vitamins and phone and electric service. So folks can be made to believe anything if they only believe that money is the answer. WA wants you to help people and give them what they are looking for. Only when you help others do you receive . Helping heals the soul. Big difference in mind set. I hope you reach your goals. Good blog. 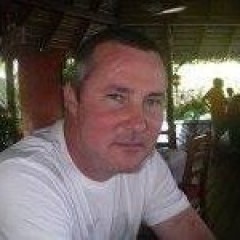 6Years
View Tungsten Profile
Follow tungsten
Tungsten's Posts
6 posts
View all
mistakes are not all bad.
20 comments 26 likes
How can someone be so dull with ...
33 comments 29 likes
Lord, give me patience, and I wa...
22 comments 14 likes
Knowing what to do.
3 comments 4 likes
Correct Mindset.
2 comments 3 likes
My first Blog Post.
2 comments 5 likes
Hold Tight!