FCB-PSG when the going gets tough

Three weeks ago, FC Barcelona lost 4-0 away at Paris Saint Germain in the Champions footie Leage 1/8 finals. It was quite a deserved win by PSG as Barcelona rather sucked at it all ninety minutes.

Tonight is the return match at the Camp Nou Stadium with 96,290 spectators in the stands.

Is this match just a futility because surely no team will be able to overcome a 4-0 defeat and score five goals WITHOUT the other team scoring? 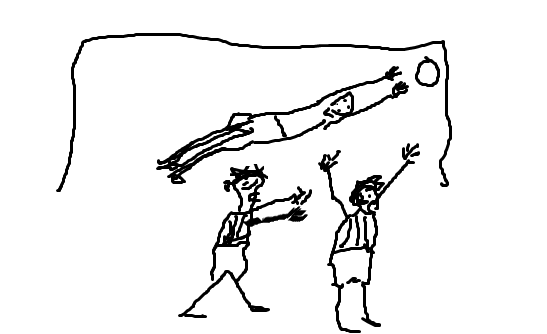 It sure seems impossible. On the one hand, playing super offensive. While on the other hand, securing your goal by solid defending. Doing both simultaneously, is extremely difficult.

Nevertheless, FCB have announced they will try anyway.

But really, what else would they do in front of nearly 100,000 of their own fans?

So here we go as the referee blows his whistle.

PSG parking the bus in front of their goal as Barça go full steam on the offensive.

And, golly molly! After only 3 minutes into the match, Luis Suarez scores 1-0!

Luck seems to be on the home team´s side when in minute 40, PSG´s Kurzawa puts the ball behind his own goal keeper: 2-0.

And, holy cow! Not five minutes into the second half, Barcelona (Neymar) get a penalty kick which is put in the net by Lionel Messi: 3-0.

As the Barça socios are going wild, the Paris coach takes off Lucas Moura and brings Angel di Maria. Will this angel be able to stop FCB?

For sure he is, as a couple minutes later Edinson Cavani silences the crowd by scoring 3-1. And a great volley it was too.

A little less than half an hour for Barcelona to score three goals.

Five minutes on as Luis Suarez takes a desperate dive in the box and receives a yellow card for his theatrical act. (But good thing he didn´t bite anybody.)

Barça don´t give up just yet, taking more defensive risk now. No tiqui-taca tonight, this is a do or die fighting match. Messi takes a shot at it but it´s wide.

Minute 88 and Neymar gets a free kick and scores a beautiful 4-1. Will Barcelona be able to score two more in only 12 minutes?

Minute after minute goes by and a lot is happening, but no goals.

As the match has reaches stoppage time, FCB get awarded another penalty kick and Neymar scores 5-1.

And so, this match is still not over, we still don´t know which team will make it to the CL quarter finals!

Fans in Paris and Barcelona biting their finger nails, hardly dare breathe and are frantically looking back and forth between the clock and the match.

For the Barcelona fans, the seconds are ticking away at light speed. For the PSG fans, every second feels like an eternity.

In the dying seconds of the game, Sergi Roberto scores Barça´s sixth goal.

The referee blows his whistle for the last time tonight.

The miracle of Camp Nou has happened, 6-5 on aggregate.

So, what´s the moral of this story? Even when you screw up things half the time, you can still make up for it the other half of the time. But you have to be tough. Really, very, seriously TOUGH.

Write something…
Recent messages
OTolo Premium
Good one, you have skills for doing it :)

Reply Like Like You like this
GayleneNepia Premium
@Tezsie
LOL, you're a committed fan Tessa! And good for you, where would the sport be without people like you? We're like that here in New Zealand when it comes to Rugby and our National Team - The All Blacks. I hope your team "smashes it!"

Reply Like Like You like this
Tezsie Premium
@GayleneNepia
I remember when I was in NZ, a live cricket match was on tele. NZ playing Oz in the stadium in Wellington. No way the kiwi´s were going to win but then this guy came up and hit one hundred points and so the kiwi´s beat the kangaroos. Awesome to see the match develop and I learned a bit about cricket.

May the All Blacks crush the pommies forever !!!

Reply Like Like You like this
mrkmccllch Premium
Hey Tessa,
If you are ever worried about job security you could always do some footy color commentating. You had me on the edge there for a bit. And I don't even like what appears to be a passion of yours..!! Besides cricket, soccer is one of those games that just does't do it for me. Guess that's why they have more than one flavour of ice cream.

Good moral though, you have to be tough to forge a come-back or "when the going gets tough the tough get going".

Thx again for the play by play.

I typed the blog as I was following the match live on Teletext and imagined being in the Stadium. Way neat to know this came through in my writing *s

Is there any sports you´re in to? 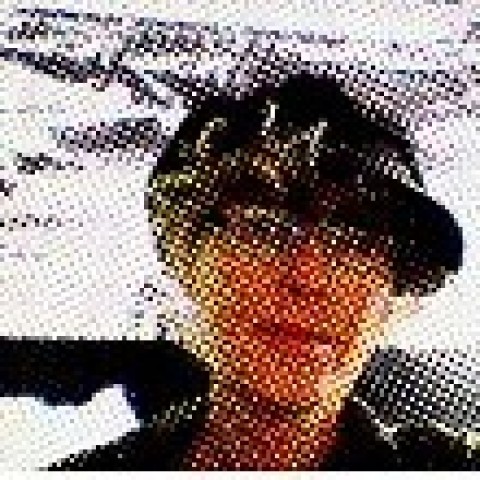