Awesome! Deb and I are totally excited!

Settle down Sam, it only took ya two years!

Some already know the short version of a long story about us and two of our kids in the days after Sep 9, 2110 or 911. Without revisiting many of the harsh details, we shall go for the short version. We came from a very Loyal Family regarding our country. Dad was in WWII, myself and two brothers were in the Vietnam Conflict, and two of our boys, Scott and Tony joined up right after 911. Both Scott and Tony said virtually the same thing, "Dad, we want to do the same thing that Papa, You, Uncle Jim and Uncle Frank did." Which means, our country needs us and we want to go defend it and the cause of Freedom. They did join up, Tony had three tours and Scott had three. Scott was on his third tour when things went wrong and that was on April 4, 2011. We were all totally heart broken. His wife and two little girls were devastated. The family and town came together and they did awesome, making sure Scott received the honor and courage awards, Bronze Star, and so forth.

At the time, we were very active into Internet Marketing and had a group of internet friends that were advertising Memorial banners and other things on behalf of Scott. Deb and I were interviewed on tv, news papers, radio, etc. A lot of things changed. We began to shelter our selves somewhat. I was due to go to a webinar by a friend (Peter) in New York. Just did not want to be where a lot of questions would be asked. About 2:30 the night before, Peter posted a message on FB about the webinar, which was being conducted by The Free Blog Factory. He thought this was what we needed to do, a Blog? He also made a simple comment: "Sam, we have know one another for years and I have always looked at you as the guy that walks into a room full of horse manure, you start digging through in spite of the smell because you know that there has to be a pony in there some where." The bottom line of that webinar, we started through WP Blog training and when it was through, we had our new blog: WhyRedShirtFriday dot com, forgive me for the domain name. That Blog became our way of plowing through all that had happened. Red Shirt Friday was what started in 2004 to honor the kids in uniform and let them know that we would not let the unknowing protesters picket them at airports, throw rotten eggs and the likes at them. I remembered those days in 1970 coming back from South East Asia and did not want my kids treated that way. We did a lot of Videos and articles about the Red Shirt Friday Tradition all over Texas and South Carolina, and many live webinars about it as well. Deb had a local t-shirt print company come up with an awesome design and very affordable. The shipped over 2,500 Red Shirt Friday t-shirts all over this world. It was overwhelming to say the least.

Now lets jump ahead about a year!

I had never gone through the Agent Orange screening before. I had just gotten involved in a lot of Veteran Affairs in the Cedar Creek Lake Area of Texas, around May 2012. Since so man veterans was urging those of who had not had the screening to go to VA Hospital and have it done, we did so too. Needless to say when the results were in, Deb and I were totally shocked beyond belief. I won't bore you with their findings but we had to learn to live and eat again. In and out of the hospital, we were still attempting to grow the Red Shirt Friday site. About three years ago when it was coming due for renewal, I found my self in the hospital again, let it slip past the due date and they would not let us renew it and had decided to auction it off. We discover a company in Japan bought it, are you kidding me. It never dawned on us that all those articles, pictures, videos, key words, etc; had made it a very popular blog for a lot of words, I mean a lot! So, for those looking to get a bog to go to work for ya, here is a very solid lesson: 'You work on it with fanatical diligence for two years or so and it can't hide from the world".

Well, we just lost it, something that we and many others loved to grow and read!

I found out about the middle of last year, 2017, who bought it and made an offer to get it back. Their first offer was $12,000 and we were shocked out of our minds. So Deb and I did what most Christian Fanatics would do, we added that site to our prayer list and would refuse to take no for an answer. Right before Black Friday last year, they were down to $1,200. Deb and I agreed that if it gets to half that we would make them another offer. We also decided to take a Giant Leap of Faith and go for the Black Friday WA Deal. We did and about two weeks ago, we found out that the site was being released and we started doing Who Is several times a day. I usually wake up around 6 or 6:30 and log in to WA and also check Who Is and then again in the afternoon.

Get Ready for it! I woke Deb up from out obligatory afternoon nap and said Kiddo, it will be ours Very Soon and it is! It is our Newest WA Domain, Amen!

Friends and Neighbors of the WA Community, Deb and I are honored and very privileged to be Part of this Great Team of Owners and Affiliates.

Deb also thought I better mention that when I get quiet for a few days, not to worry, we are doing our VA Hospital things. Kyle and Carson, let's do this!

Reply Like Like You like this
AlexEvans Premium
Sounds like things are coming together for you Sam and Deb you have been through so many challenges, your time to shine through once again, many blessings to you.

Reply Like Like You like this
sb4269 Premium
@AlexEvans
Thanks Alex, yes indeed. We are very blessed indeed.
Thank you for the kind words and blessing to ya Brother.
Sam and Deb 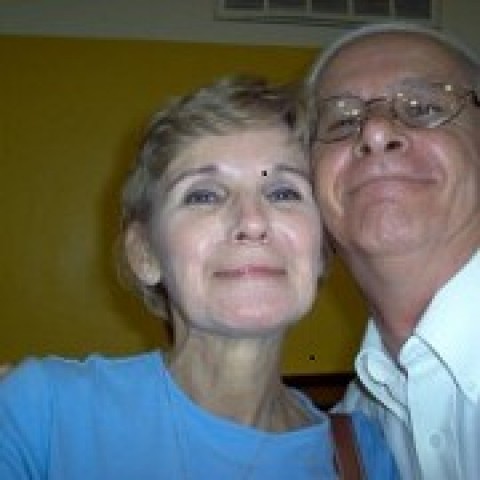