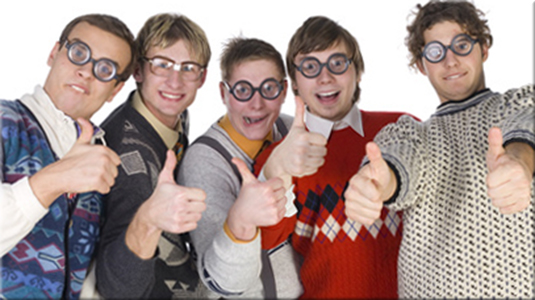 I referred a mate to WAU a week or so ago.

Before he'd even got his profile pic up, I received an email from him asking: "Why have all these people started *following* me? I haven't done anything yet!".

So, I snuck a look at his followers.

A few of them were obviously "scummy", from people following anyone and everyone because they had a scam technique or "proposal" in mind. One of them had already been banned by the time I glanced at his profile.

However, I did notice that some of the community are following 5,000, 10,000, 20,000, even 40,000+ other Members. I can only imagine that's why Muffin blogged about being overwhelmed by email notifications earlier today!

I raised the question of "following vs. followed" in chat and got answers ranging from, "It's a hangover from Facebook, Twitter, et al.", to "I'm interested in everyone.", and even one along the lines of "It's just a way people game the system, along with commenting in profiles, to try and up their own ranking.". I trust the latter isn't really a reason for following en-masse?

I must confess, in the interests of transparency, I also learned that amongst my fellow Eurotrash contingent, a follow from Steve is considered the absolute ultimate accolade. His follow-to-followed ratio is 1-100, and only 72 Members have received such acclaim and benediction in the last 4 years. 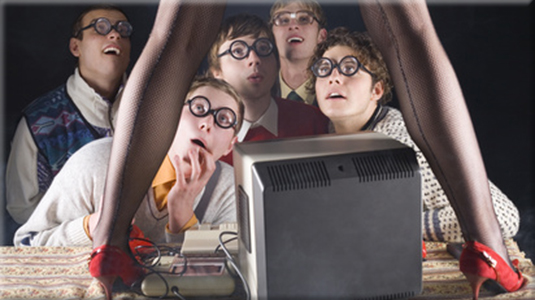 Is that "scarlet" woman flirting with you actually another boy?!

I'm now curious, because I've only ever followed someone whose experiences I'm genuinely interested in, or occasionally just because their weird ramblings provide sheer entertainment value.

Yes, Yes. If you PM me, I'll let you know which-is-which!

Oh, and I certainly have all my email notification boxes in Account Settings ticked because I definitely want to know when someone I follow has something to say.

However, I'd love to know what you do and think. Have you built a WAU following *organically* or maybe based on actual interaction in chat? Is it *follow me, follow back* or are you seeing follows as a numbers = ranking tool? Do you ever sneak a peek at a follower's ratios or wonder why someone has decided to follow you?

So, are you *followed* at WAU or *following*?

I'd love you to kiss-and-tell!

Write something…
Recent messages
findingemo Premium
I'm glad you posted this question, i'm curious to see what the answers are...

My few referrals have asked me the same thing, "why are people following me when I've done nothing yet". And i honestly cannot answer that question because i just don't know...

I'm guessing that some people think that following and getting followed will increase their rank. (Not quite sure why thats so important to some) I seriously don't even really understand the whole following thing either. I try to follow people that I "see" helping others and seem to know their stuff, I want to learn as much as possible but I still find myself only taking advice (to heart) from the recommended "A-list" :)).

That being said, I followed whoever followed me when I first joined but now I only follow people who seem interesting or knowledgeable....

I definitely think many people feel there's a courtesy element to a follow-backs which is fine. I don't because I've never had that expectation myself. Like you, I don't discriminate against newcomers, if they're interesting, helpful and *engaging* then I'm just as likely to follow them as I am one of the dinosaurs. :P

Reply Like Like You like this
Rick Jantz Premium
I like to meet someone in Live Chat and then find we wind up following each other if we've had a good conversation. I will return a follow, usually, if received but I do like to read their profile. I think those two things are my reasons to follow someone: Live Chat and a "human" profile, especially when we have something in common.

Reply Like Like You like this
@RICH. Premium
Thanks for commenting, Rick. I don't believe there's any optimum formular, ratio or even definition for *honest* follows, it's going to be what each individual is comfortable with and feels they're happy to accommodate. However, I'm with you on profiles, I'm never, ever going to follow a profile-less person. Rich.

Reply Like Like You like this
joyceosborn Premium
Okay, so when I came here a lot of people started to add me. As I want to get to know others, I followed them back. This way your reach will be expanded, you learn more, and you have more influence. I would never have followed some, I'm sure, if they had not added me first. If they have been so kind as to add me I add them back.

Now I try to add some new members everyday because I feel we should welcome them and help them all we can. My ratio is probably high to you, Rich, but I assure you I am not chasing them with some spammy or outdated information. I'm not trying to get them to join "programs" here and I have no intentions that are not honorable.

My ratio is 2.62014 to 1. I have 695 following me and I am following 1821. Most of the ones not following me are those that have joined and probably haven't done anything with WA or they don't understand how it works. Even if I wanted to unfollow some I have no way of easily knowing who is not following me. But then, that is not why I follow people. I do so to be of help to them here at WA if they want or need to reach out to me.

I don't usually look at someone's followers and following, but I did yours, and I notice that you are not even following all of those that follow you. Why would you not follow them? Because you think it is just a way for them to get followers? This is driven by socializing and helping each other.

Just wondering. Maybe I don't understand how I am supposed to be using WA, both as a place to learn and a place to help others.

I notice that you do not follow me anymore. Is there a reason for that? You were one of the first to befriend me here and I was happy to follow you back! Maybe I don't understand your post?

I don't disagree with anything you say, I believe your aims and reasoning are laudable. Like you, I *choose* to follow, albeit for slightly different reasons. I don't automatically follow back in return for a follow, not do I expect it when I follow someone else.

The first person I ever followed at WAU is Steve (@IveTriedThat) because I arrived here with zero know-how and found that 30 Day Success Club (the basic training at that time) assumed a lot of prior knowledge. His additional training helped me immensely, so naturally I followed him. I didn't have any expectation he'd follow me in return, ever.

Just so you're aware, I can't recall ever un-following anyone at WAU, certainly not you, why would I? I definitely commented on your posts when you first arrived, as I have done for many others. However, I don't necessarily follow everyone I engage with. I don't see the value of following immense numbers if I'm subsequently going to switch off email notifications and ignore their activities. I honestly just don't see the point of that.

Reply Like Like You like this
Kyle Premium Plus
Same as Twitter, people follow to get followed back. It is how these systems work and the "follower" to "followed" counts are indicative of that for some folks. I don't think there is anything wrong with following lots of people or getting lots of followers, the more followers the more reach you have...BUT...the more followers that actually know who you are, the more REAL reach that you have.

Don't worry Rich, everything you say is meaningful...I mean EVERYTHING. :)

Reply Like Like You like this
@RICH. Premium
I fear I may have been far too subtle for some, which definitely isn't like me at all. :( However, I so knew you'd *get* it. LOL. Thanks, Kyle, as always, it's appreciated. Rich.

In the picture above from left to right
Kyle, Jeff, Todd, Luke & Rich

You are right Richi. Kudos!! :P