Internet of things and sales

Internet of Things has been around for a while

Although IOT has been around for many years, IOT is just getting started. Even if we exclude computers, laptops and tablets, there are new devices being connected to the internet each and every day. This includes each phone or any type of handheld device, tvs, tracking devices, watches, fitbits, cameras, etc.

Why is it going to explode

It does not end there

On top of collecting massive data from trillions of devices, we have now developed artificial intelligence that learns from data in real time. Gone are the days when we took the data that one company generated and analyzed monthly reports to re-target marketing budgets. Today's big data combined with AI algorithms is changing the business world. This is being called by some as "The Third Industrial Revolution". A google of that term will result in amazing and in some cases scary results.

Where does this lead us to

An example of a problem that IOT could solve is the basic example of shoe sales. In the past I have purchased a pairs of shoes that just did not make the cut. The shoes were either not comfortable at all or in other cases they did not last very long even though they were comfortable. I had some friends that had the same pair of shoes and they found them to be very comfortable and wore them a long time. The shoes appear to be functional for a certain body type and activity. I have used, my latest pair of shoes for about 10 months and that is longer than the normal usage for shoes considering that I workout with them on average 4 times a week.

Well, what if shoes had sensors that measured number of steps taken, number of run strides, length of workouts, thread wear, length of ownership and the number of gym and other exercise location checkins on Facebook? What if positive or negative comments on social media related to the shoes were tracked as well as weight loss, muscle built and increase in lap speeds of the shoe owner. What if all this data was combined with the physical characteristics of the shoe owner? What could we do with this data.

We would be able to walk into a shoe store (or one of our member sites) and be guaranteed that we could purchase the perfect pair of shoes.

The ideas are unlimited.

My husband had gone clothes shopping at a big & tall store (he's tall) earlier in the day. Advertising for the store he shopped at popped up on MY Facebook page.

I've seen how Amazon will pop up with ads on my Facebook for stuff he's looked at, because we use the same e-mail address for my FB and Amazon. But this really puzzled us.

Reply Like Like You like this
pitofly Premium
@SWagner2
I have had this happen as well. Did he check in at the store.
Are his location services turned on, on his cell phone?
Did he message you "hi, im at the so and so store, you need anything"? They are getting super sneaky. Won't be long b4 they listen to us if they aren't doing it already. Did he pay with credit card? Perhaps the CC companies are selling data to FB or FB advertisers? Now we know how the fb owner bought that huge property in Hawaii and is building a wall around it. I need to check my fb settings.

I always have to laugh at the Amazon targeted advertising though. If you buy, say, a pair of hiking shoes they then send you ads for more hiking shoes. I already bought a pair - now you think I want to buy more? LOL

Yes, the founder of FB is very wealthy. No doubt about that.

Reply Like Like You like this
Dhind1 Premium Plus
If I was not involved here with WA, I would consider becoming a Luddite, just to get away from it all.

Seriously, there is tremendous opportunity here, "carpe diem" all you WA members.

Reply Like Like You like this
TeamIceCream Premium
Interesting and scary at the same time! The amount of information and usability that the owner of said "shoes", as well as all the other stakeholders can get out of it, is absolutely astonishing.

We were one of the very first to have a computer in our little town and Dad were telling us all these outlandish stories about how one day our cars is going to drive themselves, and check the middle line all by itself, and we're going to speak to the TV and it will switch on... And to think at that time I thought Dad had one too many beers! :-)

Thanks for sharing!
Sharlee (Chocolate IceCream) 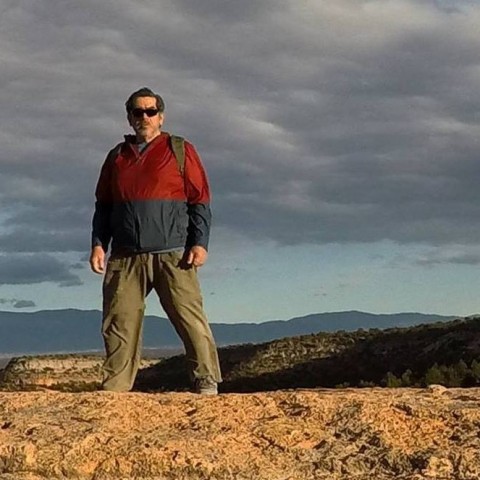