The day has finally come when I can officially write an income report. When I first got going at WA I found myself reading a lot of peoples first income reports just to see if I could get an idea of when I might be able to see my first dollar.

After reading through plenty of first income reports it confirms what many experienced affiliate marketers will tell you, it depends.

Some people might see sucess right away through social media, others will see great sucess through YouTube, and some just ride out the crazy google rankings. But every single one of them had one thing in common, they worked hard and they stayed consistent.

If anyone has read my profile, this wasn't my first time giving WA a shot. The first time was back in June 2017, I didn't even get as far as publishing my first post before giving up. My mindset was that it was going to take too long and I needed to make money now, I don't have a year blah blah blah. Fast forward one year to June 2018, Still in the same boat... and year has past and I had nothing to show for it.

So in June 2018 I jumped back into WA, this time I was going to make this work no matter what. I started following along a couple of peoples journeys at were at their tipping points such as JerryHuang, Littlemama, and RD40 and they were very inspirational. It was nice to be able to see that if you just put in the hard work you will eventually get there.

After months of writing with very little to no action on my website, around the beginning of January 2019 things started to really pick up. Take a look at the analytics below. 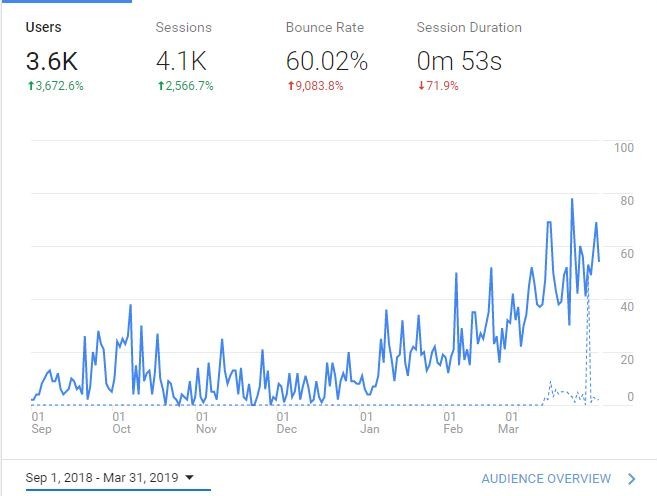 WHen I went and did some research a few of my keywords were ranking on google page 1.

SInce then traffice as consistently gone up month after month and more of my keywords are starting to rank now.

My first sale happened on February 4th . I actually didn't realize that I had made a sale until a few days later. WhenI realized I made a sale I was super happy as it confirms the system works. Even though I have known all along that the system works, there are plenty of sucess in WA to prove that.

Well after that first sale on February 4th, a couple of more sales came in and I ended with 4 sales for the month.

My income in march was more all over the place, a few different articles are ranking on page one and they are all advertising different things. Here things looked like for March.

So far so good, and hopefully within the next month or so this will finally be a profitable venture.

If you are wondering about website stats, the website is about 8 months old, I am just finishing up my 100 post, and I have a 60/40 ration for post that have affiliate links vs those that don't. It is a niche website and I do not promote WA.

I hope this post can help keep some of you grounded that may feel like your writing to no end. There is a light at the end of the tunnel if you follow the training.

Write something…
Recent messages
CandP Premium
Wonderful news!!! Thanks for sharing and we know it will start really coming in for you now.
You should be very happy!
C & P

The jump in income from Feb to March is really amazing!

Have you got this results by following the "Online Entrepreneur Certification" course?

Reply Like Like You like this
MiaL Premium
Congratulations Huy. I have no doubt this will be the first of many exciting income reports! To tour success. 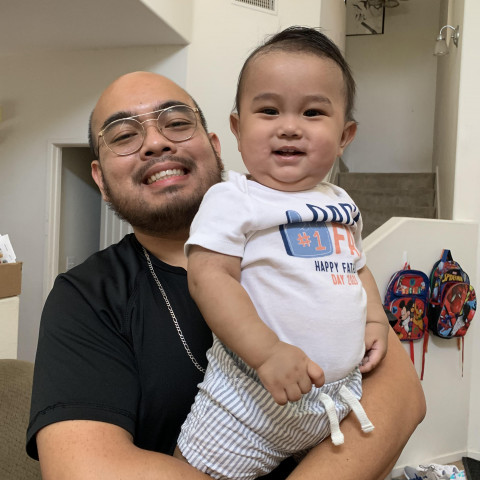