I make two simple mistake - Kyle to the rescue.

Last Update: July 02, 2012
I had an interesting time last week, revolving around two mistakes I made and how these were resolved. .

Can we learn anything from this?

Firstly I tried to write my first blog and couldn't get it to save. Sent a note to a colleague in WA and confirmed with him that my blog should save and that it isn't moderated. (Many thanks Shawn). Okay so I try again. I wrote the Blog on "picture re-sizing" and where it said add tag I put in what I thought was a tag or two. To me this was two words in one line. Clicked on Save and it gave me the message that I needed to add a minimum of two tags. But I thought I had already done this. So what to do?

So I sat and tried again, being a little puzzled by now because it was becoming like the proverbial record, same tune no outcome, if you know what I mean. Then as we say the penny dropped - on the fourth try I realised that a Tag may be composed of a number of words, but many words are regarded as ONE tag. Put in a second set of words and a click on the save button works.

Many of you may find this a little amusing, as I did when I realised what I had done wrong. The fact is though that I was able to do it wrong, the error message did not really guide me and most importantly I was not making any progress. How many newbies might get frustrated by this?

Secondly, after completing the 30 Day Article course and building my website I wrote two articles with links to that site. One was published and the other was rejected because there was underlining on the links I had used.Okay no problem let's remove the underlining and re-submit. Problem is I couldn't remove the underlining because when you add a link in the article it puts in an underline.

This is when it got interesting. I replied to the email advising me of the error and pointed out that I could not rectify it. I got a response. Tried the suggestions and that didn't work either. Imagine how puzzling it was by now. So back to the support centre and Kyle who responded very quickly.

You may say why did I put the underline in in the first place. Good point but if I can do it so can others and they may not be as dogmatic as me to get a solution. They might though get very frustrated.

Another example might help. Yesterday I was preparing a draft of an article in SA. I put bullet points in and in the preview mode these were not shown. What you may say? True and after a number of deletes of the article and retrying I literally gave up and reformatted the article so it would look okay - this took time.
I put numbers in some of the points and when trying to change the content within the numbered point all sorts of things happened, including losing the whole point. After a few times this got to be very trying. An article should not take 40 minutes to write and 90 minutes to edit, due to these issues. The article was published and guess what - the bullet points which weren't in the preview mode were in the published version.

Once you know what to expect it is easy, but until then it is possible to use up a lot of your valuable time - last week due to these issues I only published 2 articles and one blog when I had a goal for the week of 5 Articles and two blogs.

Can we learn a lesson or two? Maybe you all have little incidents like this which disproportionately caused you grief. Can we put these in a newbies guide somewhere?

My sincere thanks to Kyle who reponded so quickly, but if we made a folder of these points and any others, for newbies might it help them and save Kyle some time?

Let me know what you think folks - maybe it's just me that makes these type of rather simple mistakes. Oh and by the way please take the above as constructive observations, from which we maybe can make WA even better than it already is.
Join the Discussion

Write something…
Recent messages
amethystmoon Premium
thanks so much

Reply Like Like You like this
Kyle Premium
Glad I could give you a hand. In the future we are going to be incorporating a new system that allows member to see common questions so that others could get immediate help from questions that have once been posted. :)

In the mean time, just let us know if you ever get stuck...there are many of us that have likely seen the same issue or come across the same problem (or bump in the road) and would be more than happy to help you out. :)

Reply Like Like You like this
IGOTFISH Premium
I admit I made the same tag error the first time I used the blog. I figured it out pretty quick but it still took time. Great blog. Thanks for sharing

Reply Like Like You like this
Renni Premium
Hi Hudson! It's been a while since I wrote an article with bullet points but I think the trick is to not write the article using bullets until you plop it into SA's editor - then create the bullets once you're there. But I'm going to try what you said the next time and just see if they show (cut and pasted from Word or Google Docs or whatever) after I publish even if they don't show before I publish. I'd be interested to see if that works. Thanks for the helpful hints.

Reply Like Like You like this
Shawn Martin Premium
This is a perfect example of why we needed these blogs here to go public in our in boxes. This is how we communicate, and you may have just saved a few people some common learning headaches. great blog post! 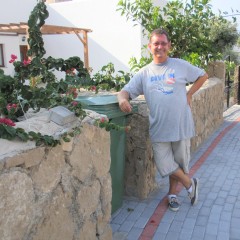 8Years
View Hudson Profile
Follow hudson
Hudson's Posts
11 posts
View all
Housekeeping – is it necessary...
12 comments 18 likes
Why bother backing up my files?
20 comments 24 likes
Who else wants to be productive ...
21 comments 16 likes
How to make every work at home d...
22 comments 23 likes
Beg, Borrow or Steal It !!
9 comments 14 likes
All products in affiliate market...
8 comments 7 likes
I am on a low income – cannot...
34 comments 5 likes
A funny thing happened on the wa...
1 comment 3 likes
To all Newbies or Recent Newbies...
12 comments 12 likes
I make two simple mistake - Kyle...
6 comments 9 likes
Hold Tight!