Net Neutrality: What You Need To Know

The One Thing You Need To Understand About Net Neutrality

The fight to save the Internet as we know it hangs on what seems like a technicality: Should Internet service providers (ISPs) be treated more like telephone companies or like email providers? The policy wonk term for this issue is "reclassification."

You might think it doesn't matter, but it actually makes a huge difference. The question of how ISPs should be classified lies at the heart of the current debate over net neutrality, or the idea that all web traffic should be treated equally. If the web were legally regulated as if it were a phone company, it would be easier for the government to enforce net neutrality. Consumer advocates are pushing the Federal Communications Commission in that direction.

At a hearing on Thursday, FCC Chairman Tom Wheeler left open the possibility that the Internet could be reclassified as a public utility.

Here's what that means.

Wait, back up. What’s the FCC have to do with this? Doesn't Google run the web at this point?

The FCC regulates all U.S. communications by radio, television, wire, satellite, and cable. To do so, the FCC must "classify" the types of communication that happen over these media -- noting, for instance, that your email provider (think Gmail or Yahoo) should have to obey a very different set of laws than those that restrict and regulate, say, your mobile provider (think Sprint or T-Mobile) and your landline telephone.

Okay, so how does the FCC “classify” the Internet?

Before 2002, the FCC treated all Internet providers as "common carriage services." This meant they had to obey the same basic set of laws as, say, the telephone company -- they had to carry any data, no matter what it was or who put it on the Internet, without discrimination. Many people thought this classification made sense. After all, even in the early days of the Internet, many telephone companies (Verizon, AT&T) were already doubling as Internet providers, and many Internet connections came over phone lines.

In 2002, the FCC decided that broadband Internet wasn't actually a common carriage service. Instead it was an "information service," more akin to your email than your telephone. Notably, the FCC has far less regulatory control over "information services" than it does over "common carriage services." For instance, Gmail could decide tomorrow that it won't send any of your emails, and legally, the FCC could do nothing to stop them. Contrast that to telephones: Unless you stop paying your phone bill, the phone company can't simply stop your calls. If they did, the FCC would punish them.

Write something…
Recent messages
alexisnilo Premium
Thanks so much Gal, even though many of us do not live in the USA anything that happens there may affect us all one way or another, so I think we all should be on alert. This analysis of yours helps me understand this issue a little more.

Actually, that's a Huffington Post article I failed to attribute in my posting (shame, shame) - and yes, it will affect internet use worldwide sooner or later.

Hope all your projects at WA are going great!

Reply Like Like You like this
nomda ploom Premium
it is not a question of whether we jump, simply how hight when it comes to service providers and compliance- LOL

Reply Like Like You like this
GatorGal747 Premium
Oh, yes, I'm afraid you are right on that....but we can just hire someone to take care of all that hooha when we're rich and famous, right? It kinda reminds me of the marijuana wars going on in several states (Florida is definitely one) - oh yeah, oh yeah, something else we can tax! LOL

Thanks for responding, Andy - you always liven up the joint here!

Reply Like Like You like this
GatorGal747 Premium
Hi all...yes, I have been trying to make sense of it all, too - thought this Huffington Post article did clarify it a little....stay tuned, there will be more on this, I am sure....

Reply Like Like You like this
mdvs42 Premium
Thanks Gator, i had been following a bit of this from the news and want to keep an eye on whats happening.

Reply Like Like You like this
GatorGal747 Premium
You are so welcome....just passing along something that made a bit more sense to me, hopefully for others, too. Hope your projects are going well. 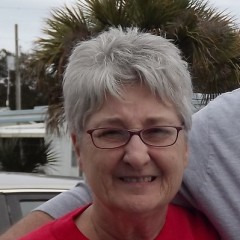