What were they thinking?

Have you ever seen or read something that made you think; "what on earth is that all about, is it possible that another human could have thought that up, or do we really have aliens living among us"?

A few years ago, about 150 local bird names were changed, causing much confusion for us bird watchers, having to learn new names for birds we have been familiar with for decades.

Here are a few examples; "Plover". There are many different kinds of Plover, varying in size and coloration. All the larger ones were re-named as "Lapwings", but the small ones are still Plovers. "Franklin". Some of the Franklins have been re-named as "Spurfowl". It just does not make any sense.

All I can think is that it is a marketing move in order to sell new bird books, which made a lot of people extremely angry, as we can no longer hand down our old books to beginners who can't afford to buy new ones. So, effectively, by changing so many names all at once, has made it more difficult to recruit new people to the hobby.

I also want to share with you something I came across some time ago; strange laws that were actually passed. Take a look.

In Texas, it's against the law for anyone to have a pair of pliers in his or her possession.

Alaska law says that you can't look at a moose from an airplane.

In Miami, it is forbidden to imitate an animal.

In Illinois, the law is that a car must be driven with the steering wheel.

California law prohibits a woman from driving a car while dressed in a housecoat.

In Tennessee, it is against the law to drive a car while sleeping.

In New York, it is against the law for a blind person to drive an automobile.

In West Virginia, only babies can ride in a baby carriage.

In Louisiana, a bill was introduced years ago in the State House of Representatives that fixed a ceiling on haircuts for bald men of 25 cents.

In Rochester, Michigan, the law is that anyone bathing in public must have the bathing suit inspected by a police officer !

In Kentucky, it's the law that a person must take a bath once a year.

In Utah, birds have the right of way on any public highway.

In Virginia, the Code of 1930 has a statute which prohibits corrupt practices or bribery by any person other than political candidates.

In Singapore, it is illegal to chew gum.

In Massachusetts, it is against the law to put tomatos in clam chowder.

In Washington State, you can't carry a concealed weapon that is over 6 feet in length.

In Kentucky, it is illegal for a merchant to force a person into his place of business for the purpose of making a sale.

In the state of Colorado, a pet cat, if loose, must have a tail-light !

In Phoenix, Arizona, you can't walk through a hotel lobby with spurs on.

In California, a law created in 1925 makes it illegal to wiggle while dancing.

In Utah, daylight must be visible between dancing couples.

In Michigan, it is against the law for a lady to lift her skirt more than 6 inches while walking through a mud puddle.

In North Carolina, it is against the law for a rabbit to race down the street.

In Missouri, a man must have a permit to shave.

In Providence, Rhode Island, selling tooth paste and a tooth brush to the same customer on a Sunday is illegal.

In Ohio, getting a fish drunk is against state law.

In Victoria Australia after mid day on Sunday, it's illegal to wear pink hot pants.

In France, it's illegal to name a pig Napoleon.

In Burma it is against the law to access the Internet. Anyone doing so faces prison.

In Denmark it is not against the law to escape from prison.

In London, it is illegal for a City cab to carry rabid dogs or corpses.

In Birmingham, after sundown it is against the law for a man and a woman to partake in sexual intercourse on church steps.

In London, domestic violence is legal as long as it's before 9pm and does not disturb your neighbours.

And that's just a few, good for a laugh.

Until next time, be safe out there.

Write something…
Recent messages
tmmom Premium
John, thanks this gave me a much needed laugh! I had a book a long time ago that listed a bunch of crazy laws and there are a lot as Carla says!

Reply Like Like You like this
CarlaIves Premium
There are a lot of strange laws still on the books. When I taught American History, we always did a chapter on this crazy stuff. The kids got a kick out of it. It makes one wonder. . . . was there really a problem with this that they needed a law? :)

Reply Like Like You like this
kholmes Premium
Interesting and some ridiculous laws, Michigan also has a law that you can't drive with bare feet. Lol. Thanks for sharing. :))

Reply Like Like You like this
goodsuccess Premium
Ahh, you made me laugh today! Here is one from New Mexico (where I'm from). "Idiots may not vote"! Look it up.

Reply Like Like You like this
atlanticus Premium
@goodsuccess
That's a good one, do you have to take an IQ test before you vote? Thanks for stopping by.

Reply Like Like You like this
AlisonS Premium
Thank you for this morning's laugh! These laws are just way too funny in today's day and age! 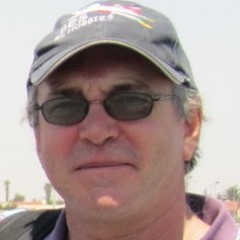