Month 7's progress report is here! I seem to always get my update out late, but oh well. I guess that's just the nature of things.

Month 7 was an interesting month for me, with a lot of ups and downs, honestly. But, I'll explain it all below, and hopefully, by the end of it, you'll have learned something useful because of it.

It All Started With A Low Point 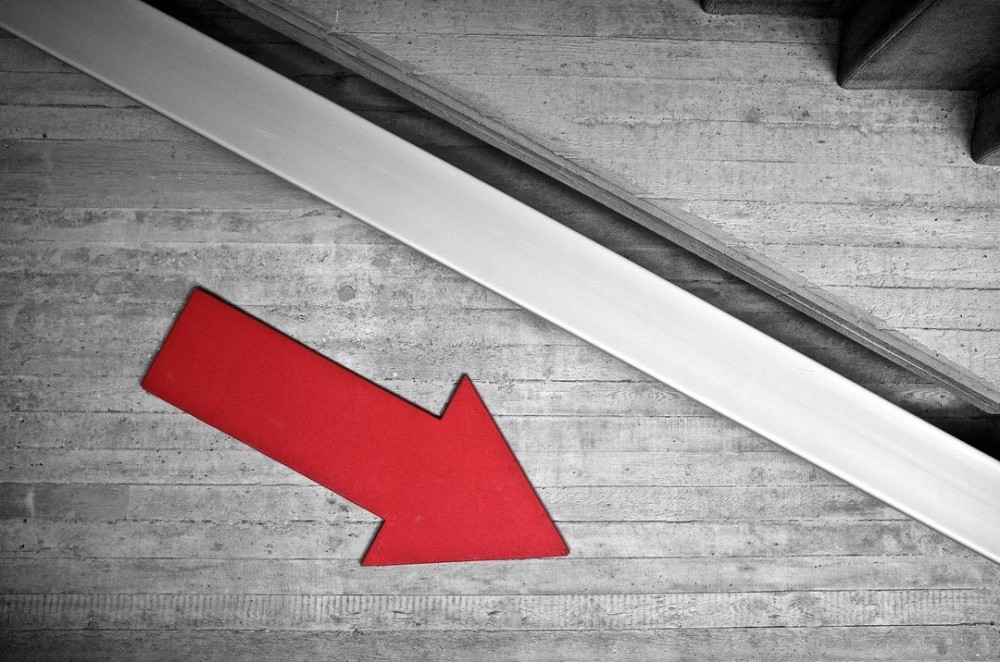 Halfway through the month of June, I was feel a little down. I mean, I was getting significant traffic, 500+ per day, but nothing seemed to be coming out of it.

Don't get me wrong. There were things that were happening. I was getting about 5 starter referrals to WA a day, and I was helping people through what they read on my site. But, well, it just didn't seem like it was working the way I wanted it to.

And, quite frankly, that is where I was.

So, it a bit of desperation, and just because I wasn't quite sure what else to do, I decided to reach out to one of the members here, Tiffany (TDomena), and ask her for some help.

I specifically chose her because of several comments she had left on other of my blog posts about channeling my traffic better (plus, she seemed like she had her 'head screwed on straight', if you'll pardon the phrase).

Honestly, I wasn't quite sure what I was doing, or if anything would come out of contacting her. One could argue that I was just grasping at straws at that point. I told Tiffany what I thought, and asked if she had any suggestions.

Long story short, she got back to me about four observations that could be changed on my site to better convert my traffic to what I wanted. One of those observations is what I really want to highlight in this post.

Maybe it's just a guy thing, or maybe it's just who I am, but I never thought too much about the power of color, or clickable buttons.

When Tiffany looked at my site, she noticed that most, if not all, of any color or appeal seemed to come from the ads that I was running on my site. Because of that, the embedded links that I wanted people to click weren't getting accentuated in the way that I wanted them to.

Simply put, I needed to put more color on my site, and make it easier for my traffic to click through the different links.

I decided to cut all the ads that I was running on my site. While this probably wasn't completely Enter your own correction..., I thought it was probably better to do it this way, and see what would come out of it.

Now that there was no longer any other accentuated color for the traffic to go towards, it was time for me to put my own visual appealing what-not to get my traffic to do what I wanted it to do.

Instead of coding my own buttons, I decided to go with something easier - a plugin that did the work for me. I settled on Ultimate Addons for Gutenberg, partly because they have some pretty cool addons for Gutenberg blocks besides their Call-To-Action Block.

And so, with my plugin in hand, I started updating my site, and adding color, and adding buttons, and, well, doing all those things I never really thought to do.

I updated some post that I was ranking well for, just to see what would actually happen. They were articles talking about get-rich-quick scams, and ones that seem to be getting a lot of traffic to them.

So, I decided to add a few buttons to my WA review post, and see what happened.

An example of a button I added is below:

As you can see above, it's really just a pretty basic button. One that a user can click and go to my WA review post.

As per Jerry Huang's training on WA Bootcamp Hacks, he notes that it's not a bad idea to add something at the beginning of the article (for those who he calls 'Action-Takers') and at the end of the article as well.

And that is essentially what I did on my site.

After that, I also updated my WA post with buttons that sent them to WA through my refferal link (which is pretty much explained in the training here).

Once again, my buttons were pretty basic:

After adding the buttons, all I need to do was wait, and see what happened.

The Lack Of Agony Of Waiting

In all actuality, I didn't need to wait that long - once I woke up in the morning, I noticed that the buttons seemed to be doing something.

I added the buttons late one night, and when I had woken from my sleep I noticed that my WA refferal starter number had doubled:

As you can see from the screenshot above, I was averaging around 5ish per day (some days 2, and some days 8 or 9). But when I woke up, and in a relatively short time frame, I had 11, with another 5-8 already counted for the next day. I was pretty excited.

But it got better.

The next days I actually hit 20+ referrals daily!

Where I Am Today

As of right now, I currently over 100+ starter referrals per week, which is definitely a cool achievement. You can also see that in the last week I also had two new premium referrals which is exciting.

Not Everything Is Sunshine And Roses

I do just want to mention that while the starter members are pretty exciting, it's entirely possible that it will amount to very little.

You see, like I said before, I targeted some 'get-rich-quick' scams that were going on and was able to rank well for them. While this is great in terms of traffic, ranking, and helping others, it's not an easy sell in terms of a WA premium membership.

Many of my starter referrals are still in the 'get-rich-quick' mindset, which is a challenging thing to break. So while all the above is great, and I'm happy it happened, I'm not expecting too much from it all (though I'm happy if I'm wrong!).

Thanks To All Who Helped!

Big thanks goes out to Tiffany, who was able to help me show what was wrong with my site, and how to fix it, as well as pointing me to some valuable training on the whole issue.

A shout out goes to Jerry for his in-depth training - which I still need to finish reading and apply.

Also, thanks goes to my Lord and Savior, one who I was able to lean on and trust while being at a low point in my life.

And to all you who read this - thanks for leaving comments on previous blog posts of mine, and encouraging me throughout this time. Exciting times are definitely around the corner!

(Yes, and thanks goes out to Kyle and Carson and the whole team behind WA - without it many of us would be in much different places than where we currently are).

Write something…
Recent messages
CoraMitchell Premium
Thanks for sharing! Great to hear how the buttons made an upswing in your referrals and your sales! Great news!
Congratulations! I will be checking into this and see what it does for my site!

Best of luck to you!

Congrats, smashing success and a story of overcoming some difficult times.

Reply Like Like You like this
BlSt Premium
Great post. Wow and congratulations. TDomena is indeed a wonderful mentor. I reached out to her once too, and she didn't hesitate to help me out.