The UK Govt. in their denial show how not to behave.

I have used the name Government at the top of this, however after last night's debacle I should probably have used the whole, Parliament. If any business were to behave in such a bullish way as all of the elected fragments of the UK Parliament, it would crash through the floor without a trace.

The high street in almost every country has been thinned out through examples of that innevitable outcome, with the inflexible rapidly becoming the inoperable.

UK politicians are famous now for avoiding the will of the people, never fulfilling their politacl promises encased within their election manifestoes. and ultimately never taking on the resposibilties of the office to which they were elected. Infact the deffinition of a hard working politician has become the description of one who never finds himself tied to the promises that they made nor responsible for any failing.

You can identify a british politician very easily as they are the ones with arthritis of the index finger on one, or both hands, as they are continual use in directing blame or resonsibility to an alternate direction.

For the past 40 years the British politician has had a very easy time of waving disgruntled traffic on towards the EU, with the odd passing comment 'It wasn't us Guv, it was that lot in Europe, our hands are tied.' Over those passing years the British public, got ever more frustrated of having no recourse over this undemocratic source of blame as it realised just how undemocratic and issolative the beauracrats in the EU parliament really are.

And so in the largest democratic vote in the past 400 years, the public made their voice heard and voted to leave the shackles of the EU and to once again claim back the country's soveregnty and ultimately responsibility.

All sides of the UK political arguement vowed in their following manifestoes to honour the will of the UK people, and then over the following 3 years twisted and turned in an effort to make this stark choice as easy as possible. Not on the country but on themselves, and have sought to leave but in name only and continue to park the route of blame firmly wher it had been for the past couple of generations.

Rather than listen to the underlying view of the people to which they are ultimately responsible, the political classes have now tied themselves into a knot that can now no longer be untangled. They have tied themselves so close together that the party political parliament that has so long stood as a bastian of democracy. You currently could not slide a fag paper inbetween either of the main parties.

The British political system has now lost it's electorate and the party system appears to be about to collapse infront of our very eyes.

Such is the price for either not listening, or even worse failing to enact and adjust in the line of feedback.

Why do I use this very long descriptive?

Simple, if you are running a blog, and follow best practise, you will have place a comments section at the base of your page. If you have, and you are lucky enough to generate content that motivates your reader to leave a commentr, or two. Then read those comments, take the points on-board and do your very best to incorporate them within your site.

Because mark my words, to fail to do this, to ignore your audience, really is to invite a sticky and messy end.

Write something…
Recent messages
alisterbrede Premium
Although I will steer clear of the politics of this message, I do wholeheartedly agree with the imporatance of listening to your audience

Reply Like Like You like this
Hudson Premium
Just to be clear - sticking to WA rules and leaving aside the politics of this situation, your point nevertheless is well made - ignore your audience at your peril, as they have and proven beyond doubt what happens. Thanks for taking the time to put this post up for us at WA.

Reply Like Like You like this
adrianh25392 Premium
@Hudson
Ithink that you will find that there is no political message made or conclusion drawn in the article. Just example illustrated

two years ago the british public voted to leave the EU. I was one because we will be far better off in many different ways

the UK has like you said messed up BIG time in getting way laid and distracted by so many chiefs and not enough indians that we are now, if not already the laughing stock of Europe

Why have the vote last night, when its well known the majority of the UK people, would much rather think about something, than act on something, while the minority act

Mrs May, has had a thankless task on her hands for 2 years now and no wonder she has chosen to quit.

I have digressed off message and sorry for that, but I agree with your sentiments in relation to the blog whole heartedly

Reply Like Like You like this
GlenPalo Premium
This is a very good lesson on knowing your audience. Not meeting their needs is a recipe for disaster or failure. 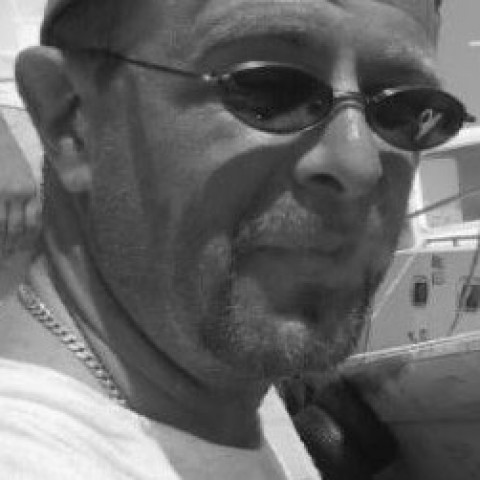