Dancing as fast as I can

I added this post to my Profile Page, but then, I realized that it may not be seen by anyone who has a'ready read that page. The reason is that the bottom of the page gets hidden from view, until a person clicks to read more. Thus, if you see this post elsewhere ~ ~ ~ that is why.

Hmmm; an' now, I suddenly realized that I can't do that. Otherwise, one or more of the search engine Generals will tap me on the shoulder an' write me a ticket when he mentions that whole "Duplicate Content" thing that we're all trying to avoid. Nuts! Well, let's jus' see if we can do a double-scramble an' re-word summa' the things I'm trying to say, eh?

Since I really don't wanna' offend anyone, lemme' just tell you that if you have done me the favor of following or been kind enough to comment, anywhere... I really am trying to return the favor an' leave comments for you an' follow you, as well. However, the photo of me in My Llittle Red Wagon may not allow you to realize that I am a little older than I look. Therefore, it's possible that you are not aware of the "Hitch in My Get-Along." Because of that little "Hitch," I struggle to run as fast as I used to. In fact, one might even describe what I do as more of a "Hobble-Hop" than anything that looks like running. Old legs are like that, you know. Just sayin'...

Being a member on the Wealthy Affiliate site is one of the best decisions I've ever made. I am having a load of fun, even while my education is expanding in the most amazing ways. I surely hope each an' every one of you feels the same. Does Wealthy Affiliate work? Well, for me, it's a bit like being at the Disney World of Online Utopia! There just ain't nuthin' Better!

Have you joined Wealthy Affiliate as a Premium Member, yet? If not, you surely should. It's a fact that you're not gonna' find Anything that even comes close to what you can achieve here.

I wish alla' ya'll the greatest degree of prosperity an' success in your business an' in life. My heart is with you an' my greatest desire is that every single person on Wealthy Affiliate achieves the best possible life for ever an' always.

Until the next time, keep a hug on!

Write something…
Recent messages
kpercival55 Premium
Love this!
My own “hitch” includes both hip and knee replacements!
As long as our minds are sharp and our hearts have love to give we will keep hobbling along.

I figure that, eventually, all my parts will wind up on the ground, with my heart in the center an' still going ~ ~ ~ still trying to wiggle along an' do whatever it can. Worse than the 'Energizer Bunny.'

My heart goes out to you 'cause I know you are in pain. But you're right; it certainly helps to have love in our hearts. I have personally put-n for a full-body replacement... as soon as possible. I do think I'll keep the smile, though.

You like my smile? That smile in my Photo is the MOST FUN!

Reply Like Like You like this
kpercival55 Premium
@YayasHome
Love your heart AND your smile!
Let me know how that full body replacement goes...I have my eye set on something along the lines of Angelina Jolie!

See? I wasn't using my imagination when I was wishing for a new body. I was just thinking "Any old body that didn't hurt." Haha

But your idea is so much Better!

Reply Like Like You like this
CandP Premium
Yaya, our legs ain't what they used to be either! We need to get a little red wagon like you have in the photo.
We love it here, too. There is so much to learn but it is lots of fun.
We hope that all your dreams come true!
Colette and Philip

Everyone should have one of these Little Red Wagons, if you ask me! Magical... that's what it is; magical.

The opportunity to keep on learning is also magical. I love it! :D

An' thank you for letting me know you read it. :D

Thanks for reading an' responding. :D 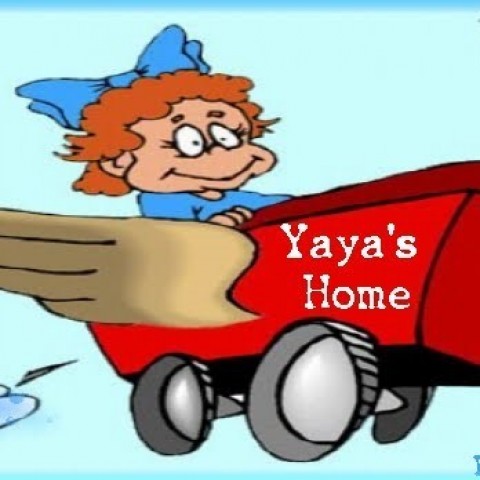