Last Update: January 11, 2013
Well, if I had thought the unsubscribed issue was an isolated incident, it wasn't. But, I did find out what was happening that was causing this phenomenon, a new banking system at my bank!

I was busy on Wednesday and didn't sign in to WA at all. Imagine my surprise yesterday morning when I tried to sign in and get on WA, I received the same message, "You are unsubscribed", and I was figuring it was no big deal. Boy, was I wrong!

I tried multiple credit cards with plenty of money on them and none of them worked, whether I was going through PayPal or just the credit card. I spent the entire day talking to PayPal and was told "nothing is wrong with your account and things should be going through." I wish that had been the case because I would have been on WA and not spending my entire day stressed out over what was going on with everything!

PayPal told me yesterday it was a problem with Wealthy Affiliate and gave me a customer service phone number to call. Need I say that it was of no help whatsever? I even waited till my husband came in from work late yesterday afternoon and used his cards, and once again, none of them would go through. I cannot recall ever having been so frustrated in my life and unable to find a reason for the problem. I went so far as to cancel my PayPal account!

I must say I did get two emails from Kyle and Carson so I guess they really do care if you unsubscribe, but I never did unsubscribe. I was so exhausted after the day's events I went to bed at 9:30 p.m. EST and when I woke up this morning I was in the exact same position and place as when I went to sleep! Every hair was in place, so I must have just passed out from sheer exhaustion!

This morning I activated a new credit card and tried it to "Resubscribe" to WA. It didn't work either! At this point I was mad enough to eat railroad spikes, at the very least! I had just signed back up to PayPal and I called them and asked them what their problem was. The young lady, Becka, I spoke with said it was not a PayPal problem, nor was it a WA problem. She said my bank had refused to send the payment through. Had nothing to do with lack of money or limits or anything.

I finally spoke to my bank manager and she checked on the problem and it is the new banking system my bank has went to and they will not process regular monthly payments, or any payments for that matter, that go out of the U.S.! Nice to know after the fact! The bank manager arranged for me to have 'an opening in the system' so I could pay my subscription a year in advance.

So, I am back and I guess it is true that the third time is charm, as it took three tries to get things straightened out. However, I signed in and my rank has went back up as a result of this stupid issue and instead of being ranked at 85, I am now at 253! Lovely! All because of a stupid banking system not allowing my payment to be sent out of the country! But, at least I am back at WA, I will be able to see the WAbinar this evening that Jay is doing Live and can get back to learning and enjoying myself in a wonderful place.

Just watch out if you suddenly find yourself Unsubscribed, check your bank and see if they too have changed banking systems! What a nightmare!

Write something…
Recent messages
calliecat
Been there with my bank,not my Pay Pal account though. Im sorry for what you went through, I know it can be exhausting trying to speak to a real person that will help. Hope you never have to go through that again! Liked your blog though:) Paula

Reply Like Like You like this
WVLadyRebel Premium
Thanks. It was frustrating to not find answers to why this kept happening! I was so stressed out yesterday it was pathetic! Thank God the gal I talked to today at PayPal told me it was my bank refusing to process the payment.

But it was still frustrating when I found out it was just because Wealthy Affiliate is in Canada, or as I was told "out of the country". I paid a year in advance and that should take care of the problems on that situation. Now I will need to do something with Jaaxy for next month as it goes 'out of the country' too. I will deal with that next month though! LOL

Reply Like Like You like this
jatdebeaune Premium
Never heard of that before. Maybe the banks are tired of people's identity being stolen. It's a shame when a legit claim is being processed, and you have to be inconvenienced. Glad it finally worked out. Hope your nerves are back to normal.

Reply Like Like You like this
WVLadyRebel Premium
Slowly getting back to normal! I was so angry and upset and to find out it was because they were out of the country and the new banking system the bank had switched over to was that picky! Sucks! The world has gone crazy, I am a firm believer in that!

Reply Like Like You like this
RebeccaAnne Premium
Wow! I could see them calling you up and asking you if you recognize and approve the charge to your account. My bank does that when there is an unusual charge on my card just to make sure someone didn't steal my number. But to refuse to send it through all together just because it is an overseas payment seems a bit much to me. I mean I could see that happening if it was to an account that was proven to be owned by a proven terrorist .... But then again for many people these days assumption is as good as proof. Paranoid much?

Reply Like Like You like this
WVLadyRebel Premium
Seriously! It would have been nice if they had called, but my bank manager had to call the main bank and find out what was going on with the payment being cancelled. She was a bit surprised herself. They just switched over in January and that is why I had trouble earlier in the previous week. I don't trust banks, they are always looking for a way to take your money. I am about ready to put mine in a sock! LOL

Reply Like Like You like this
Sherion Premium
First off, glad you are back. I was looking for you yesterday because I wanted to see how your site was going. Now the bank thing. When I tried to pay for WA last month for a 1 year membership (price was too good to pass up) The payment would not go through right away. I got an alert on my cell phone to see if the payment was legitimate or not. My bank knows I guess that I don't go to Canada!? lol.

Anyways, it did finally go through and it was not WA and it really was just the bank taking precautions. So, in ways I am glad that they did call me. There is a lot going on with a lot of banks because of that threat with them that is going on with being hacked.

Next thing, don't worry about your ranking. I have been as low as 35 then with a few months of barely being able to get into here because of other obligations mine went up too! But, you know you will get your rank back sooner than what you think.

I will talk to you later!

Reply Like Like You like this
WVLadyRebel Premium
I was blown away by the whole bank thing! If they had let my local branch know what was going on or at least called me, it wouldn't have been such a mystery!

As for my ranking, well, one day really added numbers to my ranking!

Reply Like Like You like this
theronatwork Premium
wow banks sure are finicky when it comes to that. I had a similiar problem with a service called "i need hits" that charged my bank account 4 times, overdrafting me. Whn all was said and done it had cost me over 200 that I couldn't afford. Finally had to cancel my account and make payments to the bank to get it cleared up. Glad your back, and you got it worked out.

Reply Like Like You like this
WVLadyRebel Premium
Well, what was bad was I was using PayPal and they were submitting the payment to WA and when the bank switched to the new banking system and issued new credit cards, they were refusing to process the payments to Wealthy Affiliate! Had nothing to do with money, I had that in the bank, the stupid new system was blocking payment for my subscription! I still have till next month to get Jaaxy to be paid by the bank. What a ridiculous system! I am glad I do not have family that lives out of the country, I wouldn't be able to send them money either! The world is getting more weird and paranoid by the day! 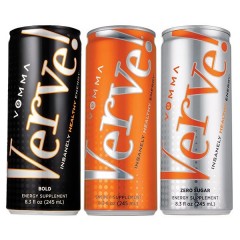