WHAT! Why Can't I See My Banners?

I don't make a lot of contributions here or post in WA all that much but I think this is important enough to let everyone know about.

For the last couple of months I had an issue with seeing the WA banners in the banner platform, in my website back-office, and on the website "Proper".

At first, I thought, "It's just a glitch in the WA system and it will be fixed shortly. The guy's at "Site Support" always have our backs and they are already on it". So I put it on the back burned for a while.

Well, a couple of weeks later I went and checked to see if the issue was fixed and, to my surprise it was not. On October, 18th I got in touch with Site Support (SS) about the issue I was having and for several weeks we went back and forth trying to figure out.

These guys are truly amazing. They tried very hard to solve the issue and offered up several options as to what the cause might be and even trying a different browser, checking to see if the ad blocker was on and so on.

I went through all the hoops, ( I thought) of trying to get this resolved. Frustration was mounting and at one point I even considered just giving up and getting out altogether.

One last call for help. I tried to PM Kyle which ended up just putting a question out to the community. Well... they came back with some ideas, of which were the same advice I got from the guys at SS.

However, One piece of advice I got from a few of our amazing community members was to check and see if this might be caused by the anti-virus software I was using. I didn't think that could be the cause but I went in and tried to see if it could be the issue but, I couldn't find anything. So another dead end, Or so I thought.

I"ll cut to the chase. This is getting long.

I did eventually, (YESTERDAY), get the issue resolved. That's why I'm putting this out for you.

How Did I FIX It? 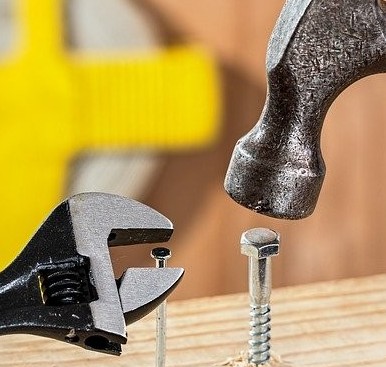 Just one more time, I went into my anti-virus to have a look around. Maybe I missed something. I DID!!

I have "Kaspersky Anti-virus" on my computer. It's awesome. But, what i didn't see when I looked before was a little, 3 millimeter wide icon that looked like a gear, in the bottom left corner of the window.

Now, I'm pretty sure that most of you know what that symbol is for but, for those who don't, It is a "Settings" button.

I thought maybe this needs to be looked at. I hadn't seen it before so I checked it out and, LO AND BEHOLD there was a hole list (a couple of dozen or more) of settings one could turn on or off.

I scanned the list and found "BANNER BLOCKER"??? Could this be the answer to my two months of frustration. WA has banners. I can't see them. Could be!!!

It was on so, I turned it off.

Went and had a look at ALL the places I couldn't see what I SHOULD be able to see and "LO AND BEHOLD" A MIRICLE. I could, for the first time in two months, SEE EVERYTING, EVERYWHERE. Instantly, a load of frustration, confusion and depression left me.

So, all this just to say, I haven't heard of anyone else experiencing this issue but, If you are, GO and check the settings in your anti-virus software.

See if you have a "Banner Blocker".

The chances are pretty good, (in my humble opinion), that shutting off that little TOAD will solve your problem.

I want to give a BIG SHOUT OUT to "Site Support" for their efforts, Marion Black and others, Kyle (our leader and mentor), as well as those who offered me encouragement to hang in there when I wanted to hang it up, (including my wife), it will get figured out.

I think someone led me to that little icon.

Thanks for reading. I hope I helped someone,

I was thinking a little more about it today and I think It's possible I might have turned it on not knowing what it really was.

If any one experiences this issue, check that anti-virus and turn off the "Banner Blocker".

Reply Like Like You like this
Johnpavich Premium
@Wayne66
When i first started my site i had a heck of a time putting my gravatar on my site and finally at 1.30 am i was able to do it on my smart phone, no wonder they call them smart phones😎👌this took me a week or more, so, i know what you were going thru 🤯

Reply Like Like You like this
Wayne66 Premium
@Johnpavich
Yeah, not a teck wizard either. Funny that you figured out how to do it on your phone🤔

Have a blessed time
where ever you are
Charlotte

Reply Like Like You like this
Wayne66 Premium
@CStauber
Yes, this was the most stress I have felt since I started this journey. Don't want to go that route again.

Live and learn for next time and I hope it will help others.

Reply Like Like You like this
Wayne66 Premium
@MarionBlack
Totally. This had me down in more ways than I can count. Time to refocus and make this work, once and for all.

Reply Like Like You like this
Wayne66 Premium
@JeffreyBrown
Don't know if I would call it that or just one last-ditch effort but, it's done now and I couldn't be happier.

It's one of the many things that have been holding me back. Now I have to find my focus again, move forward and make this work once and for all.

Thanks for your comment, Jeff and all the best.

It was a tough one. Nearly hung up the towel.

Anti-virus is supposed to protect us. Didn't know they did so much more.

Been sitting on my hands' way too long. Time to make it happen. 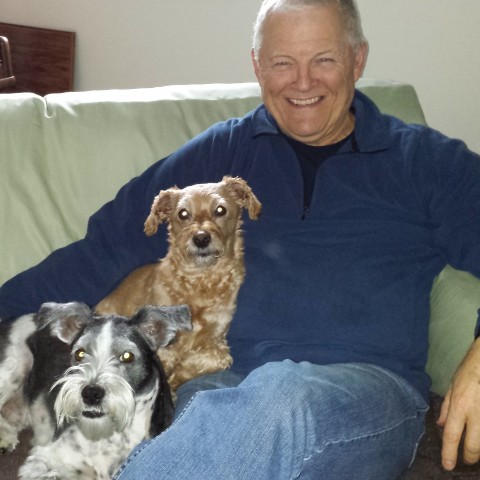