To Premium! And Beyond...

WA is a keeper!

It took two days for me to make my decision, but I was more than half-way there from day one. There were 3 reasons that sealed the deal for me.

From the very first day I was confronted with posts about successes with WA. The ones that interested me the most were those about getting the very first sale. I saw these members as kindred spirits who had wandered the annals of the web for so long, that they were amazed that this place which seemed to be an oasis, was in fact no mirage. And that's where I was.

I had traveled through the desert of false promises and expensive snake oil. And as soon as I reached this encampment, I found others swimming in the lake, from which I wanted but only a drink. It was real water! So many of us had been lured into dark alley deals by our desire to succeed. And suddenly we had found daylight, real opportunity, and evidence of success.

I wanted to be one of those people. I wanted to make my first dollar and dance like I had won the lottery. I wanted to build a functioning website that saw more traffic than just my own visits. I wanted IM success, and here were people touting the fact that they had achieved it...without asking me to buy their mysterious oil for $99.99. I saw that this was good.

The second piece of the puzzle fell into place when I began Course 1. As someone who has sat through thousands of classes, lectures, seminars, and webinars; and has read so many sales pitches that I could anticipate the rebuttals; and as someone who has put together lessons to excite and motivate the least interested people in the world--teenagers; I found that the effectiveness of Kyle and Carson's lessons were second to none. They were easy to follow, clearly written, and gave actionable advice in bite-sized pieces. I tore through them relentlessly, and had finished lesson 10 by day 3. I received more for free from Course 1 than I have received for all of the money I'd spent on IM opportunities previously, combined; and certainly more return for the time invested.

The third piece of the puzzle was the welcome embrace I received from the members of this community. During the many hours that I spent reading reviews of WA before I made my free account, one point that was trumpeted repeatedly was the helpful and inviting community that is WA. I took this with a grain of salt, thinking, "Every platform says that until you actually need some help..." I, of course, could not have been more wrong. From the moment I signed on, I was greeted by real people with only the best intentions: to help me get started and offer to answer any questions that came up. It was very humbling, and I want to thank everyone in the WA community for perpetuating that culture.

I feel that my journey to find WA was but a pilgrimage to the starting line. And now that I am among friends, the real journey begins. I look forward to it with muted anticipation; muted only to quell my own excitement.

Thank you members for being here for me to have joined.

Thank you Kyle and Carson for building it, because we did come.

Write something…
Recent messages
tradethespy Premium
Thanks for the support everyone!

Reply Like Like You like this
Kyle Premium
Your rock! Congrats on going Premium, you are definitely going to love your decision and going forward and I really do look forward to working with you. The community is at your fingertips so if you ever need a hand with anything, just ask.

Reply Like Like You like this
yessharon Premium
Welcome and congrats. You made a wise decision and now the work begins. Keep your positive attitude and things can only get better. 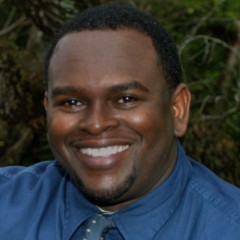