Monkey With An Orange (?)

One of my favorite shows to watch on Sunday evenings, while growing up, was "Mutual of Omaha's Wild Kingdom". Through them, I got to learn about exotic animals, see strange places and people and really beautiful scenery. Led to some very interesting conversation with my father and some good natured arguements, too (he being the gunsmith and hunter, and me...not).

I didn't really like watching the lions take down their prey, but then too, I didn't want the lion cubs to starve to death either. Balance. I'd leave the room when they would show the tribal people out hunting. Even though I understood they needed to eat too.

One tribe used a little trick to catch monkeys, though just amazed me. So simple, but effective. They would take a jar about the size of one of those jars you see in a deli, holding the dill pickles, and they would tie one end of a rope aroud the jar, and the other end around the base of a tree. Then they would put a large orange inside the jar. Then they would wait.

Appearently monkeys love oranges. The temptation of the orange, being able to see it in the glass jar is enough to override their common sense. Must Have Orange!

They come down from their trees or hiding spots ('cuz they are curious), see the orange and reach in to retreive it. Then they freak out! They try to snatch and run, but the jar is tied to the tree! The orange (and this is why it has to be a big one), wont fit through the opening because the monkey wont let it go. It Wants That Orange!

The hunters come running out and catch the monkey, who is still holding onto the orange.

I've been taking surveys for the last few months, and while it was stop and go for a while there, things started picking up lately. But I had a handle on it and could split up my days between surveys and WA. This past week though I've been swamped with the blasted things. I think it's because of the upcoming holidays, and they need opinions. Anyway, they have been the "orange" that has been overriding my common sense. On the one hand I really want to get my sites up and running properly, but on the other hand the surveys are (at least right now) helping to paying for my monthly fees here.

Am I being dumb and greedy like the monkey? I don't think so. At least I know that all I have to do is LET GO OF THE ORANGE, STUPID! Today is not so bad. So before me or my computer crashes, I'ma gonna head over to my site and try to remember what I was doing before I got side tracked by that "orange"! CEE-YA >; )

Write something…
Recent messages
BrooklynPhil Premium
I thought it was a nut in the jar????
I thought Marlin Perkins knew it all, and what he didn't know My Wizard did.

Reply Like Like You like this
Sui_generis Premium
LOL. Well, oranges provide Vit C which is important at this time of year. Does that make you feel better? Now get to work.

Reply Like Like You like this
gboone Premium
I had to let go of the survey orange, myself. In the end I figured if I ever was paid, it would be about $0.10 per hour.

Reply Like Like You like this
Terry661 Premium
@gboone
This is true. But at the time, it was .10c more than I had. It adds up pretty quickly.

Reply Like Like You like this
VitaliyG Premium
I'm telling you Terri, once your site gets visits, your humor is going to keep them coming back lol :)

Reply Like Like You like this
tlmoffett Premium
Hi Terry! The difference is that you seem to be getting something from your "orange" while the monkey only managed to get caught. By the way, I had to give up on the surveys. I didn't qualify for most of them and when I did, most of those failed to work right. Oh well..It was certainly worth a try.

Reply Like Like You like this
Terry661 Premium
@tlmoffett
Yeah. It was like that for me too at first. It gets pretty tedious for a while. Sorry it didn't work for you. Are things better for you with your site? I hope so. They went and changed the way that you go to the "Build your site". Scared the bejeezus out of me!

Reply Like Like You like this
tlmoffett Premium
@Terry661
Things with my site are improving. A program that had rejected me, reversed their decision and accepted me. As of yesterday, I have their link on my site and posted a review I was saving for this occasion. Wish everything else was looking as positive, but one thing at a time.

I'm just going to check out the changes now. I guess I'm glad I was warned, since I have heart problems!

Reply Like Like You like this
Gordi Premium
@tlmoffett
Yeah, me too Tim. I'd spend about 10 minutes answering qualifying questions, only to find out I didn't qualify. The only thing I ever got was points, and never cashed them in. I think they are a waste of time

Reply Like Like You like this
Terry661 Premium
@tlmoffett
Go slow and sneak up on it. ;) I'm very happy that you got your affiliate. That will probably open the door for others! (sorry it took so long to get back to you here. Yahoo was not letting me into my emails. So I just went back to finish my post. I finally just shut down my computer, and restarted it). 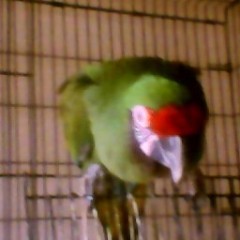