On the 11th July, at 3.35pm (my time) found Slugger cold and still in the doorway of her little condo.

Slugger was an exceptional little dwarf hammy. She was one of Chip and Dale's first litter so would be the oldest. She had Dale's dark colours but sweeter looking, and when just a few days old was ready to take on all comers with all four paws spread out and hissing away. She was the runt and remained small (about the size of my fourth finger) even at two months.

Yet at 21 days old she helped care for her rejected siblings when mom Dale had new pups. I hand-fed the pups, but Slugger was the one who entertained and played with her siblings until they were old enough to give away.

One day at barely a month old, she escaped through the bars of the tiny temporary cage she shared with three of her siblings. We had left the cage on the floor and thought she had disappeared under the door, and would have been cat food.

But three days later my son saw her coming for my water bottle which I had left on the floor beside my chair. She had survived on the food the others insisted on kicking out the cage and littering the floor all night. But she needed water and finally exposed herself. We had her for the next year and a half.

She looked after three more rejected litters from mom before Dale decided enough is enough! No more babies! Dad Chip was bitten severely by Dale, so we had to separate a bleeding Chip before she killed him. 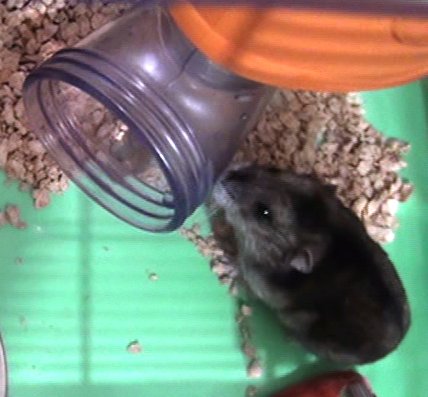 Slugger at the door of her condo

I'm so sorry to share this sad news, but the pain of having pets leave you, even though you didn't want them in the first place - isn't what we want to feel ever. My son says he doesn't want anymore pets, it's so hard to take the pain, and I agree with him.

The reason I shared this is to say I felt more or less the same kind of ache when I couldn't access the WA site while I was self-exiled. I received all the notifications into my inbox and felt so helpless.

I came back to the WA on the 10th and Slugger left us on the 11th. I was so glad to be back and then felt so sad. I never want to go through this ever again.

On the 11th July, at 3.35pm, little Slugger went home to Hamster Heaven. Be happy little one, we miss you.

Thank you for reading this page my dear friends. God bless all.......

Write something…
Recent messages
hostelgirl Premium
Dreading the day my cat dies
They mean so much. Peace be with you.xxx

Reply Like Like You like this
ShirleyWoon Premium
@hostelgirl
I pray that will be a long, long time from now. I love cats too as you would have gathered Julie dear. That's one experience I pray we never ever get anytime soon. God bless you and your boy, and cat.......
Shirley

Reply Like Like You like this
GaryHowell Premium
The loss of a pet is the loss of a family member, so sorry to hear of your loss.

Reply Like Like You like this
ShirleyWoon Premium
@GaryHowell
So true Gary. Thank you for your kind commiseration dear. Blessings for you and your lovely family.......
Shirley

Reply Like Like You like this
AngFlynn Premium
Oh Shirley, this is so sad. sorry for your loss. Pets are family members and it's hard to loose them! Sending you comforting thoughts and healing energy.
Angela

Yes, it's hard to loose any pets, especially when you've had to hand feed them. Slugger's was one of Dale's first litter rejected. Hammys are so amazing, within days of their birth they were eating, and within days of being kicked out of their nest they were independent and can live without milk. God bless dear.......
Shirley

Reply Like Like You like this
Loes Premium
Hi Shirley, you told a sad story in a loving way. And dispite the sadness you've been going through, I love you name choices:)

Reply Like Like You like this
ShirleyWoon Premium
@Loes
How nice to see you here dear Loes. Yes, we have to move on, tho' I seem to find this time harder. Slugger is the first grandchild, and most special. God bless you dear........
Shirley 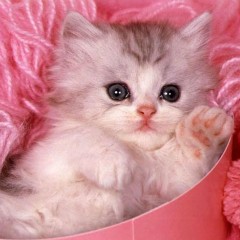