What Makes A Person Great?

We look at the figure heads of Mount Rushmore and we see four of the greatest leaders in American history. If your American I don't even need to tell you there names. They made a commitment to a nation and ended up building one of the greatest nations this planet has ever seen

What is your nation? Are you a leader of men, or do you wish to only follow? You are here at WA for some reason. You have brought all you fears, achievements and misconceptions about what being a leader is.

What is your future here? Are you just going through the motions or have you made the commitment?

One of my hero's is Abraham Lincoln. There is the story about the log cabin but I don't hold much stock in that. No its the story of his commitment to being a true leader and not being afraid to fail..

I have no Chrystal ball but I don't think you will ever be the president. But your here for some other reason. Your looking for answers. Are you going to be a leader? Are you going to build a business that will take you to Las Vegas? Are you making the commitment?

Have you helped people along the way? Are you still helping people or is it all about you? It's not easy being a leader but now you are working with two great leaders who are taking you by the hand and giving you the ability to take the reigns of leadership. They are teaching you how to be leaders. Take advantage of it.

Reply Like Like You like this
NemiraB Premium
Yep. It is great to help people, but sometimes can be tricky, especially in health related areas. You can be accused of wrong doing.

Lincoln clearly lived what another great leader and President, Teddy Roosevelt, talked about. I had no idea that Lincoln suffered SO many setbacks and defeats, all we hear about are his successes!

I have used excerpts of Teddy's "Man In The Arena" speech for years with people around me, and it even became a symbolic passing of the torch to those moving on when they left my command...

We always are about pomp and ceremony in the military, from parades to formal balls and events, where everyone gets all dolled up and everyone pretends they are enjoying themselves.

Me, I approached things a bit differently..I would have small ceremony for departing members with just the immediate staff, during which I presented a framed and printed on parchment paper "Man In The Arena" speech.

Better to live and try, and if failing, standing back up, valiently staying with the fight, again and again, until you prevail...Or if you fail, you at least you were IN the fight, experiencing the blood, sweat, and tears, so much better than those poor lifeless souls watching the battle of life from the grandstand!

Something like that anyway...Very inspiring stuff, and a good message to send out to all the people who had been serving with me for whatever period of time.

My message was: Never quit!

Thanks for your post...You got me reminiscing (again lol)!

Reply Like Like You like this
jvranjes Premium
Great text Stephen. Although you do not think I will ever be president, I forgive you in view of the other nice statements. Have a nice Sunday. Jovo 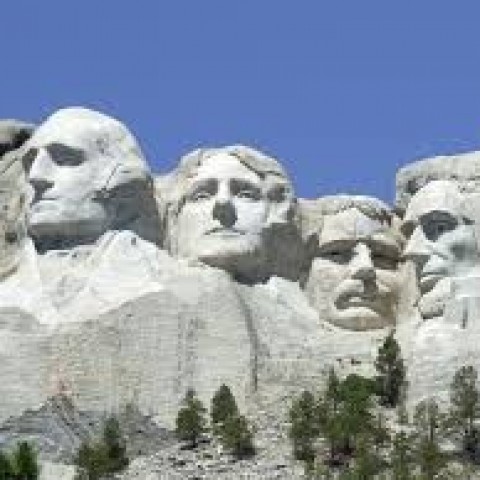