Good Afternoon, Good Morning and Good Evening. I think that covers just about everybody. Has Your ability to Create ever been Locked Up and You just can't seem to get it to flow? I know what You're thinking. I don't have any "Creative Ability." Well I'm not quite sure why You're thinking that. But one thing I know. You were created by a Creator, so You must have some ability to create.

Creativity flows like a River. And the reason a River flows is due to other streams and lakes flowing into it. It mostly goes downhill and cuts thru rocks and boulders. Sometimes, the River's banks overflow, due to the amount of water coming in.

Step One: Increase "Your Ability" to receive. Maybe the reason that You're stuck, is due to the input. Even a car needs to fill up. It also needs routine maintenance. By input, I mean the things that You're allowing into Your imagination. You can't be a closed book and expect to open up and ideas just start to flow. Open up Your Imagination by reading books. Spend a day doing something, You've never done before. Whatever You're into, seek out an expert and just ask questions. Allow them to pour new thoughts into Your Mind.

Step Two: Get away from the distractions and problems. Rivers flow and sometimes they encounter blockage such as rock, boulders and wood. So for a time, it's main objective is to remove the obstacle. But the obstacle is causing the flow to slow down or stop. We don't want that, so We remove the hindrance or We remove ourselves. Don't allow stuff to stop You. Turn Your phone off, no emails, twitter, facebook, google, or messaging of any kind. It can wait, You need so "Me" time

Step Three: Have some fun, Relax. Laughter is like a medicine for Your soul. Go to Youtube and find some Comedians. There are some really funny videos there. Spend at least Thirty Minutes Laughing out loud. You'll relax and Everything will start flowing again...

“It’s an injection of happy hormones into your body,” Amanda Bate,

Joke: "You Can't Take it With You"
There was a man who had worked all of his life, and had saved all of his money, and was a real miser. Just before he died, he said to his wife, "When I die, I want you to take all my money and put it in the casket with me. I want to take my money to the afterlife with me." And so he got his wife to promise him with all of her heart that when he died, she would put all of the money in the casket with him. Well, he died. He was stretched out in the casket, his wife was sitting there in black, and her friend was sitting next to her. When they finished the ceremony, and just before the undertaker got ready to close the casket, the wife said, "Wait just a minute!" She had a box with her, and she went over to the casket and put it in. Then the undertaker locked the casket down, and rolled it away. Her friend said, "Girl, now I know you weren't fool enough to put all that money in there with your husband?" The loyal wife replied, "Listen, I'm a Christian, I can't go back on my word. I promised him that I was going to put all the money in the casket with him." "You mean to tell me that you really did it !!!!?" "I sure did," said the wife. "I got all the money together, put it into my checking account and wrote him a check. If he can cash it, he can spend it."

Now that You've Unlocked Your Creativity, Get Busy! There's GREATNESS in You...
~PowerQ

Write something…
Recent messages
Loes Premium
She is goooood!! 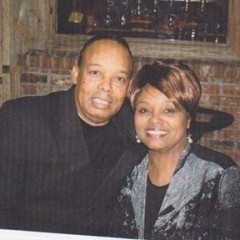