Driving Traffic From Pinterest + Taking Action On The Things We Avoid Most.

I started out on this journey over two years ago and I can't tell you the amount of twists and turns and ups and downs I have had.

This sank to a bit of an all time low in January, where I had one of the worst months financially in a YEAR!

But wouldn't you know... often a massive low, can be followed a significant high!

I suppose it gave me a bit of a kick up the butt!

There were things I had put off doing, including going back over old posts and trying to improve them, also improving some of the CTA's and much more.

So, I have started doing this in Feb and have already seen some positive results.

I have many other things on my list that I am going to take action on - some things I have put off for a year or more!!

You know when you have in your mind something that... you know, if you only took action and DID it, you would have massive results?

I've had a list of these things on my mind for ages, but I kept putting them off.

A lot of it was fear, in one way or another, preventing me from pushing forward.

But I'm getting over it, I'm pushing through the barrier right now.

One thing I'd meant to do, was learn how to drive traffic from Pinterest. I'd dabbled with it, but not committed to taking consistent action.

So, as an experiment, I started using Tailwind for one of my OLD sites, one I had barely updated for a year.

My traffic from that site was low... I guess lingering between 30 and 50 visits a day.

After using Pinterest for a few weeks, it's jumped to over 150-200 visits a day. This is only in the last few days mind you.

I had a surprising amount of views anyway on that account anyway, without doing anything!

(Considering my main site Pinterest account only has about 2k views a month right now! lol). *update: that account now up to 15.9k impressions after using tailwind/board booster - feb 23rd 2018*

Which made me realise, if I just made an effort with it, how much traffic could I generate?

I'm going to do the same with my main site now and see what happens. Obviously, some niches will work better than others on Pinterest.

I have yet to see whether any of this new traffic will translate to sales, I will see at the end of the month, what difference this has made, (the site is mainly an amazon/etsy affiliate site).

I will also get back on board adding content to that site. In any case, it looks promising!

Another thing that holds so many of us back, is a reluctance to BUY something!

I put off purchasing Tailwind, because it's $15 a month... (which is really nothing, for how it can help!) and I didn't get board booster...even when it's only $5 a month for the basic membership.... which is really cheap again!

(Tailwind and board booster are both Pinterest auto-pinning tools, that can help you pin a lot of bulk pins, on autpilot).

I made a decision this year that I am going to invest in my business more - because sometimes, you can really increase your progress several fold, simply by learning a few new skills, investing in a tool, or even purchasing an online course.

It's such an overused saying, but such a good one: "Insanity is doing the same thing over and over and expecting different results!"

Sometimes, it can take a little bit of a blow, to wake you up.

Lastly, a quote that I remind myself of daily now.. is one (problogger) Darren Rowse mentioned on a podcast sometime ago.

" Your life will be better, if you take action on the things you avoid."

If there is something you feel you should do, but you keep putting it off and something is holding you back... THAT is the thing you need to do!

I have a whole list of those things and I am working through them in 2018, no excuses. :)

Write something…
Recent messages
3dandelions Premium
I just had a conversation with my son about something similar, keep doing lots of things, but avoiding the ones that really need attention and will make you feel better and energized once done. And I added, I know, 'cause I am the same :) Thanks for this, it is an excellent reminder to first tackle the things you want to more avoid!

Reply Like Like You like this
NatNiches Premium
@Djefferds
Hi, it’s a Pinterest automation tool. Basically, you set it up so that it Repins certain pins over a chosen time scale - it also knows at what times are the most likely to be seen by your particular audience. If you google tailwind, it will come straight up. There are also lots of helpful YouTube videos on how to beat use it ;)

Reply Like Like You like this
Oscar999 Premium
Thanks Nat ... you just boost me up. I have been going the same path you just went through. I will regroup and ahead I go. And, will try Tailwind.
Thanks again. 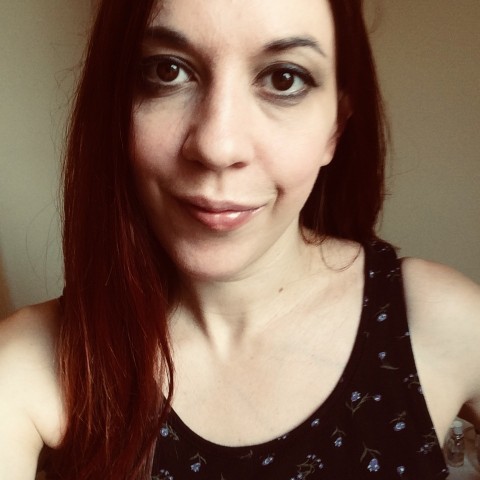