Would You Pay $20 For A Single Bottle Of Beer?

In a previous post, I highlighted the idea that you can make awesome money from small commissions. The tiny $1 recurring commission ballooned to $1500 monthly passive income in about two years.

However, there's another concept to consider. This took me a long time to learn. Even though people told it to me, it didn't really sink in until I looked at my own purchasing habits.

People Have Money To Spend!

Surprise surprise, people have money, and they like to spend it.

Especially as a newbie affiliate marketing, I felt like it was my job to highlight the cheapest item available. The quality of the product was like a secondary consideration after the price. Is it the cheapest? Wow, then it's the best deal!

I thought that this was how I shopped, so I figured I'd "help people" by showing them the cheapest option.

What I didn't realize at the time is that I don't always go with the cheapest option. What's more, many times I pick the more expensive option because of how I perceive VALUE.

What Is Value And How Does It Affect Your Conversions?

The concept of value is very interesting.

You can look at two items, at different price points, and see value in very different ways.

For example, let's look at two different mountain bikes. One costs $2,000, and one costs $100. Very different products, right? Which one has the best value? 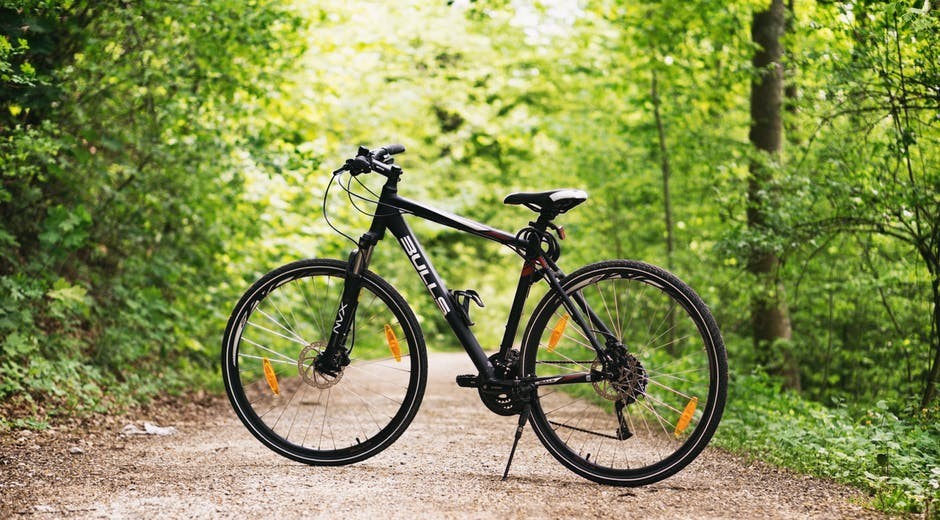 The answer is, it depends.

Let's say, I go mountain biking every weekend. I push hard. I sweat. I run my bike to its full extent. In fact, I ride so fast and hard that I care about things like:

My life might depend on it! Because I have a job, and my main hobby is to go mountain biking on the weekend, it's really not that big of a deal to spend $2,000, as long as the bike is going to last. In fact, I'd rather spend the one-time fee and get something good rather than needing to upgrade next year, and the next, and so on.

Here's a second scenario though.

I want to lose weight, but hate running. Maybe biking is my thing, and it sounds pretty fun to go for a ride in the forest. I think I'll get a mountain bike and start exercising on the weekends. I don't want to fully commit a lot of money for something I'm just trying out, and I'm just riding the trails, not training for the Olympics.

Here are some of my prioritities:

In my case, the cheap mountain bike from Amazon is basically what I'm looking for. I definitely see more value in the $100 product.

Which one should you promote on your website? You need to look to your specific audience to make that choice. You can also direct people within your content.

Most people think I'm crazy for liking IPAs. They like beer like Coors Lite. The idea of me paying $20 for a single bottle of beer instead of a 30-pack is just unthinkable.

In my mind, it totally makes sense though. Why?

As far as I see it, the only benefit of drinking a Coors Lite is:

Of course, a different type of beer consumer could probably list 50 things they don't like about craft beer.

The point is, are craft breweries deceiving me? Are they causing me harm by selling me a very expensive bottle of beer? No. They are giving me exactly what I want!

A mindset shift that I'm working on is to stop convincing people to spend money. During a lot of my beginner years in affiliate marketing, I thought of an affiliate promotion as a kind of battle. People had a tight fist closed around their dollars, and I had to pry it from their hands using sensational claims, or clever wording.

Nowdays, I try to look at an affiliate promotion as a kind of guidance. People want to spend money, but they also want to be confident in their decision. Buyer's remorse is a terrible feeling!

However, when you spend money on something that you are excited to buy, and it meets your expectations, it's a great feeling. I bought a new truck in 2015 and I had to drop $34k on it. I enjoy that thing every day, I'm still really happy with that purchase decision.

My advice? Think back to your recent purchase decisions and how you felt about them. Doing that has really changed how I write content and how I view my site as a true opportunity to help people.

Write something…
Recent messages
EddySalomon Premium
I am so glad you wrote this. I have struggled with this mentality as well with my own business. And its only of recent where I'm started to change the mentality.

People dictate what is valuable and what they're willing to pay for and how much. Our job as affiliates is to give them all the legit options and let them decide for themselves what is best.

For years I've purposely avoided promoting things that are considered "high ticket" because I just assumed people can't afford or don't want to invest that type of money.

But I was projecting my own biases instead of giving people the legit options and letting them decide. And I know I've left a lot of money on the table because of this mentality. And I probably robbed my visitors of other choices that may be a better fit for them.

So this article really speaks to me and provides another perspective when people bash the idea of promoting things that they may perceive as being too expensive.

Everyone has things they are willing to spend more money on then others depending on their perception of value.

As affiliates we need to keep our own biases and assumptions in check and provide people with all the legit options that may help them.

And the key there is providing LEGIT options. Something doesn't loose legitimacy because you wouldn't pay that amount. So you have to be objective when thinking about this. Thanks for another insightful and objective post!

Reply Like Like You like this
nathaniell Premium Plus
@EddySalomon
You are right that it's really hard to get away from our own biases in our writing. There's an advantage to that - it's our own voice - but at the same time we could be losing sales because we think we're right.

It's hard to keep a balance of having a strong opinion that people follow, but also allowing room for understanding that other people may resonate better with a different product than we have chosen as "best".

Great points Eddy! You always have some interesting insight.

Reply Like Like You like this
EddySalomon Premium
@nathaniell
Agreed. My biases are helpful in some ways with my audience and in other ways they aren't. So you're right that we have to find balance. And I think the best way to do that sometimes is to test by putting things out there and let your audience decide.

Reply Like Like You like this
TDenise Premium
I agree with your post. I look at my job as an affiliate as the person who compiles all of the data and makes the buying decision as easy as possible for the end user. I know when I make purchases, some are tough because the copywriting isn't that great, I feel like details are missing about the product, or I'm uncertain it will achieve my goal.

I personally am turned off by hype, clever claims, or feeling too directed towards a product or service. I like to hear all the details and make a decision based on my buying motives. I don't want a motive pushed on me.

It's kind of frustrating to make a buying decision without all of the info clearly laid out. Sometimes, I don't buy because I'm too nervous about taking the risk. If there were more affiliates who presented sound information and made that buying decision as easy as possible, then I'd make more online purchases: cheap and expensive ones.

Alot of times, people make the expensive buying decisions in a store because the information isn't laid out clear enough online. As affiliates, I think we need to make their online experience as parallel to a top-of-the-line physical experience as possible and we'll have great conversions.

Reply Like Like You like this
nathaniell Premium Plus
@TDenise
You make another excellent point - that we as affiliates often drop the ball by not providing enough information, or the right kind of information. I catch myself saying, "Why won't people buy Product X", and the reality is, it's my fault! I'm not doing my job right.

There's always a lot to learn in the world of affiliate marketing, and you have to look internally to find what those improvements can be.

Reply Like Like You like this
TDenise Premium
@nathaniell
I agree we have to look internally. I’ve seen many of your posts though and you do a great job.

Reply Like Like You like this
Feochadan Premium Plus
VERY good points. Often we highlight the free part of Wealthy Affiliates rather than the value of premium membership. Its all in the perception of value!