I can't count how many days I moped around before finding this. My house rarely got clean, I was seriously depressed obviously because I just had nothing to do anymore and I felt kinda helpless and trapped by my circumstances. Motherhood and Post Partum Depression can sure get a mom down.

I can't help but notice that ever since I found WA, I have a cleaner house, I'm playing with the kids more, and my husband comes home after working all day at our restaurant to see a smile on his wife's face. Yes... he saw a smile on my face before I had the baby and was working at our business with him. But I know that for the past 20 months... 23 if you want to count the three months before delivery... It has been a struggle for me to get off my couch.

It was more than just my body physically recovering and dealing with unmanageable aches and pains. I just needed to have a purpose... a way to feel like I'm moving forward and contributing to our future again.

Without a career I felt a bit out of place. Yes.. raising a baby and the other kiddos is important too... and so is marketing our business from the home... but I was always the one taking care of my kids before I met my husband. Life was not stable and for years I jumped from job to job trying to find the right one after my previous marriage failed. I worked the full time job and the graveyard shift, the temporary jobs, the substitute jobs, then I even rejoined the military a second time. But, I didn't go active Army like before... instead I joined as a reserve member in the Army National Guard. So that I could still take care of my kids.

But the kids only had me and when they were changing things in the military and sending more and more reserve members overseas, and even though I wanted to contribute and was about to get promoted to E-5 (Sgt), I had to make a decision and I chose not to re-enlist after four years in the reserves. Anyways... Here I was 2 years ago... starting a new life and business... then I was stuck at home suddenly with a husband who wanted me to be the stay at home mom! WHAT???

I had no idea how depressed that would make me. But after finding Wealthy Affiliate..nearly 2 years later... I am much happier to have found something that I look forward to doing... I'm not even on facebook as often as I was before. (that's a good thing)...

Now I feel productive again. Point is... Wealthy Affiliate sure is good for one's mental health and happiness!

Write something…
Recent messages
Cathy Ling Premium
Don't know about you but I am addicted to checking my WA notification email every morning, it is as invigorating as my morning coffee.

Reply Like Like You like this
MrsGlarner Premium
Yes I am guilty of that as well! :) I'm learning to schedule myself, but with my morning coffee that is a habit I intend to keep!

Reply Like Like You like this
lionelp Premium
YAAAAAAAAA, I'm so happy for you. Dynamic achievement. Congratulations, you changed your attitude so you’re open to opportunities, now you can feel it’s possible to chart your own course and drive your life forward. You can set goals and you can accomplish them! You can take control of your income and start your own business. You can build wealth. You have connect with a support system. And you can be happy. All the things needed to change your circumstance, great work. Be proud of yourself.

Reply Like Like You like this
Stephanie33 Premium
To have a smile be your default expression is such a gift to everyone in your energetic space. Success follows the smile. I'm so glad you found WA too.
Keep smiling!
Stephanie

Reply Like Like You like this
MrsGlarner Premium
I will! And I never thought of a smile in such a way before.. That's awesome! I will keep smiling! Thank you! 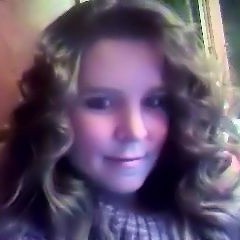