"To CROW OR NOT TO CROW" That is the Question

"To CROW OR NOT TO CROW" That is the Question not quite Shakespeare but the day's fabulous, just a few lines to announce a victory and vent some frustration.

The thing is I own a garage and over the last 6 weeks I am engaged in an all out battle of will against none other that a pair of loved up crows that are trying to build nest.

Now don't get me wrong I have no problem with them or their love affair or the fact that they want to increase the population, My gripe is with the location that they seem to have decided is perfect for their humble abode. That's right you guessed it, inside in the garage where I'll be working every day. Now relatives of these two build in a similar spot a few years back oblivious of me and my god what a racket when the chicks hatched. Day in day out squeaking and fighting and that was only the parents. The chicks make an unbelievable racket constantly looking for food. They nearly had driven me to drink by the time they had flown the nest,"I swore never again would I rent a place to them" 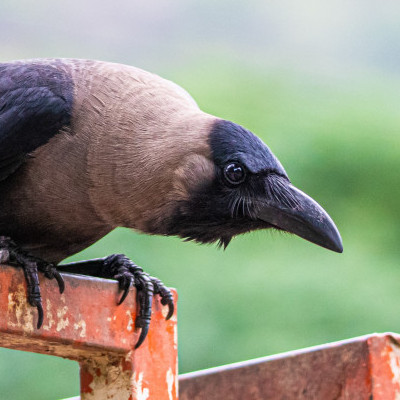 Well the battle started as I say approxemately six weeks ago when one morning I came into work I noticed a few loose sticks on the floor, now I didn't take much notice at first, just gathered them and set about my days work. The same thing happened the next few days but it dawned on me what was happening but I couldn't see the culprits.

They were smart enough to carry out their building work in the evening when closed and could operate in peace remaining undetected. I felt like I was in a murder mystery documentary one evening as I sat in my van on a "stake out" twinkies and all. Sure enough I hadn't to wait long before the two lovers turned up carrying lumber for their new dwelling.

I slipped in to observe their actions, flying in and out from hours till sunset when they settled down for the night proud of their days work. The next morning I arrived and started to search and it wasn't long before I found the new mansion tucked away in a ledge supported by rafters. The ladder came out and I went up and inspected it, quite amazing really there was no inner nest or eggs laid as I would have admitted defeat there and then and left it alone till the next season. But as it was only pile of sticks yet I carried out the demolition and posted an eviction order in the form of stuffing a couple of old boxes into the space. They had collected a wheel barrow of sticks.

That evening all hell broke loose when they discovered that they were evicted but that didn't deter them they just started again with even greater zealous first ripping out the old boxes. Piles of lumber was brought in and I brought it out again.

I couldn't figure how they collected them so fast, till I realized that they were just taking them from the pile I brought out in the morning. They started their assault in the day time also while I was working diving and screeching at me when I came in sight.

The battle of wills raged for daily for weeks, I might miss demolition for a day or two and they would get the upper hand and get cheeky and then i'd retaliate again. I knew that if I persisted, nature would take its course and the urge to build would outweigh the urge for revenge and they would find a more suitable location.

I came in yesterday and there was silence and no lumber to be found, "the war" was over and the happy couple had moved to a different site thank god. I have swallows building now but they come every year and cause no problems, actually its nice to listen to the chirping of the chicks and their antics when they are trying to fly for the first time, update on that later.

Just goes to show you that its no wonder that crows are so plenty full and have a thriving population, they have such great determination and work ethic. I'm going to take a leaf out of their book now and push on hard with my Wealthy Affiliate journey. Till next time CAW! CAW! CAW!

I understand your resolve to win the battle, but for some reason I wanted the underdog (or crow) to win.

A picture or two of the 1/2 built nest would have been great ! Maybe next year?

Reply Like Like You like this
Makinitwork Premium
Thanks for sharing. I have the same issue at my place. Same doves every year. I gave up trying to move them. They are in the front entrance area. They are part of the family now. lol Thanks Jen

Reply Like Like You like this
JeffreyBrown Premium Plus
I feel your pain, Mark! A Lesson in Perseverance Taught to Me by a Couple of "Nest Builders" 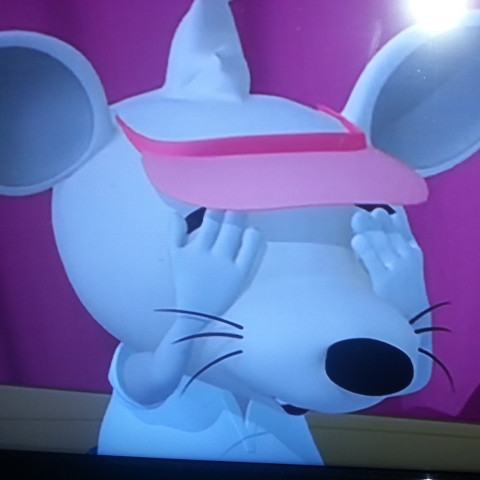