If you're a sci fi nerd like I am, you may have watched the Movie I Robot, or other movies about Artificial intelligence taking over. Of course who can forget the movies that Arnold Schwarzeneger made famous, the Terminator and Total Recall. I recently read the book Origin by Dan Brown, (spoiler alert!) which implies that humanity is moving into an technological evolution, merging our present form with the technology we are creating to become a new species. When you see people's faces plastered to their phones, or their fingers seemingly glued to their texting screens, you have to wonder.

Try to imagine however, what would happen if all our satelites came crashing down. Most of our communication these days, including watching TV, is reliant on the signals relayed from those Satelites. My husband and I also love watching what we call 'disaster' movies, where all hell breaks loose in the form of tornados, earthquakes,solar flares, ice storms, volcanos and the list goes on....there is always some technology in those movies that saves humanity. Where would we be without it! Think about your Grandparents or Great Grandparents, depending on how old you are.

Technology for them was simply electricity and if you lived in a large city, you might have thought natural Gas was the most wonderful invention. A phone was a device that only the middle class and the wealthy could afford, and involved having to go through an operator every time. When you visited with family and friends, your attention was focused on them, not on your smart phone or Ipad. Don't get me wrong, I absolutely love all this modern technology! I am old enough that I can remember when things were much less techy. However, the movies I mentioned in the beginning have got me thinking about what if?

My oldest son is a computer programmer and recently went to a Google convention (lucky guy). He told me that the algorithms behind Google have become 'self learning', an artificial intelligence if you will. Humans still think they control computers and the language behind it... Silly humans. Speaking of algorithms, the ones that live in my website have been behaving weird lately.

Internal links to my pages are breaking for no apparent obvious reason. Yesterday I noticed that I had two duplicate pages, that I did not create AND they were sitting in TRASH. First, I did not create them, and second, I did not put them in TRASH. One of my pages had it's position moved in my Main Menu too, from the front to the back. I also did not do that! I had to do some fixing yesterday but I wonder how long before I have to do that again.

Here I am sitting at my desk top computer, looking outside to the snow that is falling again, and I wonder what my life would have been like 100 years ago. Would it be better? Or worse?Now if I could go back in Time......

Write something…
Recent messages
Bibian2 Premium
World of technology, oh my days. It weird me what's going on in internet

Reply Like Like You like this
LatriciaT1 Premium
Thought provoking post.Maybe evolution is no just a biological species. Artificial Intelligence may own a part of that acre in existence, too. You never know....

I too enjoy watching films relating to the end of the world. It's scary, but I don't think we can do much in such events, except to wait for the inevitable...

Reply Like Like You like this
Maddy55 Premium
@JamesJB
Ha ha, I just think too much, that's what my husband always says :) and I watch too much TV!

Reply Like Like You like this
accad Premium
I don't know if my observation is related to your thinking. I have some posts that are titled with ______ 2. I don't remember I have created posts with 2 in the end.

Reply Like Like You like this
Maddy55 Premium
@accad
Are you meaning having duplicate pages? The weird thing that happened on my site is that I had a duplicate of two pages that I did not make. They showed up recently. They were both sitting in my TRASH, but I did not put them there....Since they were duplicates, I did eventually delete them completely. One of the Pages in my menu, also got moved.... and not by me. Strange. My husband asked me if someone could have accessed my site, but I always use the WA log in, and refresh my passwords often. I think it was just artificial intelligence gremlins....

Reply Like Like You like this
accad Premium
@Maddy55
Yes, duplicated.
No other persons who can access every site and do manipulations for their own favor or against anyone than the owner of domain registrar and web host. 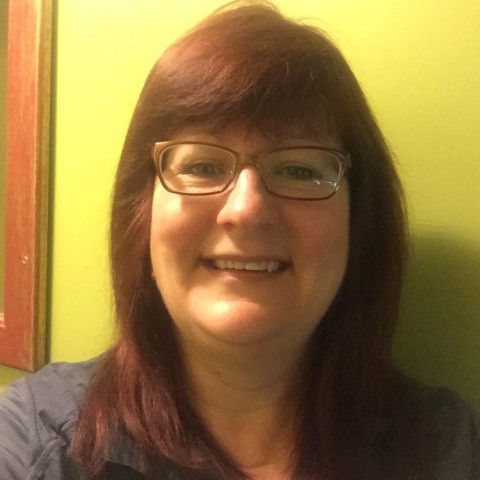