Our Mistakes of Yesterday Can Be Stepping Stones For Tomorrow

This week was a challenging one! My routine was broken when my fiance wanted to put my skills to the test.

He wanted to have a site immediately. He wanted me to promote it on Facebook so he could have some handyman leads. I didn't know if I could build what he wanted in a day.

He had no idea what it took to build something from scratch, but he wanted a product...FAST!!

The hardest part is he wouldn't answer my questions about content. He just wanted a website that would appeal to his audience.

His answer: You no what I can do! Tell that to my audience.

He gave me a $25 budget for Facebook ads and said I want to see it at the end of the day tomorrow. Then he went to sleep.

I had almost completed Level 2 in my online certification course and had switched over to Affiliate Bootcamp. What I knew was pretty basic, so I didn't know if I could impress him with bells and whistles.

My content would have to be what sold him!

I started with his About Me page.

Who is John Nelson?

He has told me stories about his childhood and how his dad helped him mold his work ethic. I didn't have specifics. I basically knew he was a farm boy from Iowa.

Then a calm came over me. I would write about a story he told me about a stepping stone path he built for his girlfriend when he first came to Texas. I knew the backstory but I would leave out the specifics and concentrate on the feeling of pride he had for that project.

The words started to flow.

He showed me a YouTube video of his farm in Iowa. It was 2014 Harvest with the soundtrack of ACDC's Thunderstruck. I watched the video to get in the mood for writing. I told his story from the point of view of a Texan woman.

It was easier to write than I thought. The words poured out of me. I had to make it short and sweet, but I wrote 1000 words easily.

Then a feeling came over me. This is what it's like to write to an audience. It should be natural as if I was talking to you at a coffee shop.

It was easy to tell his story, because I have watched him work for the last 6 months. I watched him put in over 1500 hours working for a company that didn't understand his perfectionism.

Now I could talk about his true desire to please the customer and do it right the first time. We talked about that many times when he came home from work.

How he could not bend down to half measures. It was all or nothing.

He never expected anyone to follow him and finish the job.

So I wrote that post while he was sleeping and when he awoke I had it ready for him to review. He said, "Now it's time for me to live up to these expectations. You did well, Honey!"

I was relieved enough that the other 2 posts were easier to write that day.

It was a small beginning but I learned a lot from it this past week.

I have this TIP to write a great About Me blog.

At the time I was writing his blog it said more about me as a writer.

Write something…
Recent messages
BillFletcher Premium
Good post. The three Tips is a great ending to your post.

This is my version of what I learned about Kyles's CIAO training on writing reviews.

Often times an About Me page is the first time we write a review on ourselves to let people know what we are about.

This instance was unique in that I wrote my fiance's About Me page in the style of a review.

I'm often curious what other people say about me in regards to how I do business.

What do you think so far?

Am I a marketer that you would use to write one of your blogs on your site?

This is a question I always have in the back of my mind when I reply with a comment.

My comments on blog posts is my first interaction with my audience and a chance to market myself.

Here's the best to you,

Thanks for your continued support.

It is nice to be appreciated.

Unfortunately my only payment is the experience gained from the assignment.

That is also my problem with volunteering my services with my recovery community organization. I only am paid back with what I learn to promote myself.

It can lead to future work but I'm a newbie with a lot to learn.

Thanks for your continued support.

It's members like you that encourage me to try something new.

Reply Like Like You like this
Loes Premium
I would hire him on the basis of your recomendational blog :) tell him, when you want an sloppy website, it will be yours tomorrow, but when you want a perfect website I will tell you when I am satisfied, you need me to make it, it's your choice how you want it.

I hear what you are saying.

Sometimes the people closest to us aren't familiar with what we do exactly unless we explain it to them.

Many people don't realize what goes into a web page that pops up on Google first page ranking.

My fiance John only wanted results. He wanted to be able to type in a keyword in Google and see his site in first page ranking.

I explained that is what every business wants and many pay a lot of money to get that position.

That's when he doubted my expertise.

He didn't want an explanation. He just wanted the results.

It is very similar to what we face with newcomers here like myself.

I didn't realize what all was involved just to be indexed and then ranked until I tried to do it with the exercises.

In regards to a specific keyword in quotes is the only way I can see my site appear on first page rankings.

Will someone type that specific keyword in search results?

Not likely but it teaches me what is involved just for Google to recognize me against my competitors.

It isn't an art learned overnight. It takes a lot of practice.

Reply Like Like You like this
Loes Premium
@louisaparson
That's right, there are billions of websites online, and it does need a lot more than Just add a keyword to rank on page #1, my latest post on my website is about that

I haven't read it yet. It would give me a chance to see your point of view. 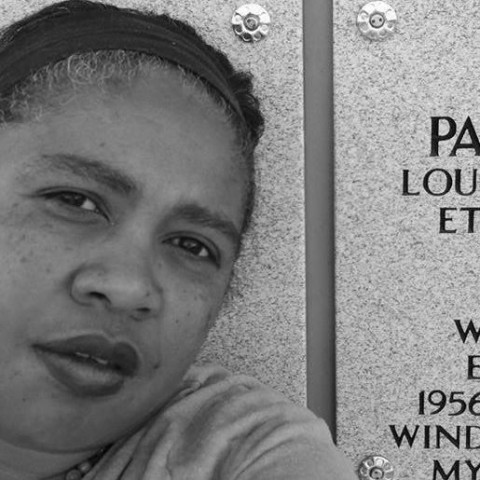