I have a name

Ok, so I just have this minor little thing that I just have to blog about because it's something I've noticed almost since day one. First, it goes without saying that there is NO better community out there (that I am aware of anyway, and I would be willing to bet there isn't!) that has such a great support system of friendly people who are so eager and willing to help their fellow members. It's one of the things that drew me WA immediately. It's something you cannot help but notice as soon as you sign up for membership. I've said it before and I'll say it again... although I don't know anyone here "personally", nor have I met anyone here "face to face" as of yet, I would be extremely sad to no longer be a part of WA. The community itself is worth the cost of membership---the rest is icing on the cake! :-)

With that being said, I think it's a shame that some members don't take the time to even glance at a profile before shooting off a message to them "just" for the sake of "getting it done". For instance, several times I have been called "lighthouse". My name is NOT "lighthouse" it is "Susan" which is clearly stated in the first sentence of my profile. I don't want to make it sound like I get angry about it or anything like that. There are far too many other things in life to get upset about. However, I chose to speak up about this so that maybe some of the members that make a habit of this will slow down and understand how this might look to the person they are sending the message to. Personally, I would rather not get a message at all than to get one from someone that clearly shows they didn't care enough to check to see what my actual name is. To me, it's cold and impersonal and says "I don't care enough about you to make the effort."

To be honest, I don't always have the time to read every profile and learn everything there is to know about every person I respond to. But the one thing I always try to do is to make sure I am addressing them by their actual name if possible. Often I have to do some digging and sometimes I can't find out at all, but I try. :-)

As I said, this is most definitely a minor thing, yet something I feel is a good thing to be mentioned because of the fact that we have such an awesome community and part of the reason is, everyone here is so open and friendly and willing to get to know others. For the most part, we do this through our messaging.

And lastly, kindness and courtesy should be a given--here and in our own daily lives. Thanks for reading! :-)

P.S. Here is another great post by Jay regarding community etiquette.

Write something…
Recent messages
betcha Premium
Absolutely, Susan. While we don't have the luxury of time to read every profile, but knowing the members' name is enough to say how important they are in the community. As much as possible I find out the name so that I can address him/her by name. There's nothing more sweet in their ears or eyes than hearing or reading their names! Thanks for doing the same and sharing your thoughts. Enjoy another great week in your Wa journey! Blessings ~Betcha

Reply Like Like You like this
RayAleksandr Premium
Hi Susan, I couldn't agree more. And me too I check the profile or their website (if listed) and go to About Me to check their actual name.

Perhaps it all depends on their personality...if you hadn't shown your name anywhere, I still wouldn't have said "Hi lighthouse"... I'd just say "Hi, thanks for your message" etc.

Well that's all because the WA community is so great, isn't it. If it wasn't, I wouldn't mind people calling me donkey lol. Thanks again for the good point!

Reply Like Like You like this
FrankT1 Premium
Susan, you actually bring up a very good point..many of the WA followers do not list their names which is very foolish in my opinion..
James is correct when he says some profiles do not share their name.

Reply Like Like You like this
lighthouse56 Premium
@FrankT1
That's very true, Frank. I run into that quite often and don't understand why someone would not mention their name in their profile which is their "introduction" to the community. I suppose it's for the same reason some people don't bother to look for other member's names. :-) Thanks for commenting and have a great day! Susan

Reply Like Like You like this
oldokie Premium
Just did a quick check. I looked at 10 profiles, on 6 of them there was no name given. So we should be encouraging people to let us know in their profile what they would like to go by here in the community.

Reply Like Like You like this
oldokie Premium
Hello Susan, I try to look at a profile prior to responding to a post. I find in a lot of the profiles people don't give their name. So I can understand why some just don't bother at this point. I think if everybody would at least announce the name they would like to go by here of us would follow proper etiquette. Have a wonderful and productive day.

Reply Like Like You like this
lighthouse56 Premium
@oldokie
Hello James, I absolutely agree with you that many do not mention their name at all and I do the same thing. I go back the their profile to check and if it doesn't mention their name, and I don't have time to do any "deep" investigating (which we really shouldn't have to) I will scroll through their comments to see if someone else has addressed them by their actual name and more often than not, they have.

Yes we should be encouraging people to give their name or the name they would like to go by here in the community. It would make it much easier on everyone, not to mention it's really common courtesy and common sense when you are introducing yourself.

Thank you for your comments and have a great day, James! Susan 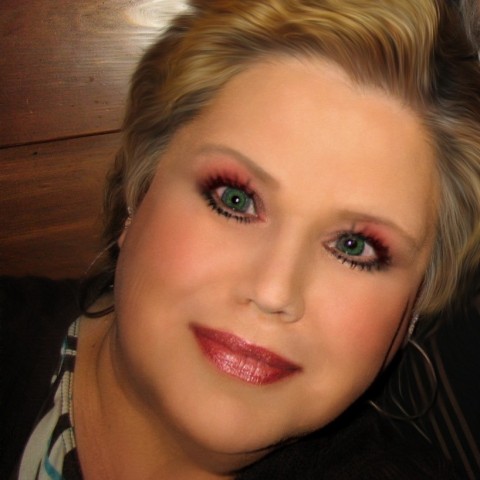