My post today is partially business and partially a "get it off of my chest" post. Occasionally we have to write to get things off of our chest so we can breathe. I will call it my chest relieving breathing post.

Please read to the end to reach the best part. Very important.

We have had our house on the market for quite some time. Six weeks ago, we got an offer and a contract. We were so excited for a brief moment.

Over the past six weeks, we have been in a whirlwind. I had to make some decisions about my business and how I would prioritize. With the changes in our life, I decided to continue but to do only the necessary posting and move forward.

I posted two times a week and jumped in with a couple of extra articles to post if time became too short.

The only thing that I did not compromise was helping others. I will always find time to help.

In six weeks we have packed, repaired, improved, argued, dealt with frustration, yelled at each other, loved each other, agreed to disagree, flew to another state and purchased a new house, moved out of our house into a temporary residence and sold half of our household goods to downsize.

We have lifted and twisted until our bodies are oh so sore, but we are still moving forward.

From the get-go, we realized the buyers were entitled and very picky. They had their inspection of our 20-year-old house and only had one minor electrical issue that we fixed right away.

The male part of the couple is head of the IT department at the local university in town. He had 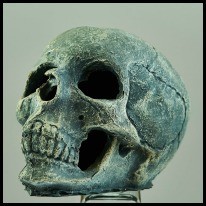 a personality of an old dry bone.

But because of the entitled attitude, they wanted us to take care of a very long list of things. We compromised and did half.

One of the things we did not change for them was to remove an oak wine rack that housed up to 70 bottles of wine out of the wall. This wine rack was built securely into the wall. They don't like wine and wanted us to tear it out. We had to set our foot down on that one. NO WAY!

These buyers pushed my buttons from day one and set the scene for the remainder of the six weeks.

We used Upack to move. They bring a semi-trailer to the drive, and we pack it. So my husband, the trusting man he is hired two guys to pack it. 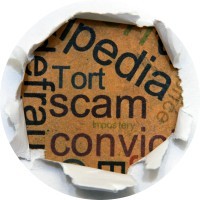 They arrived and immediately said the job was too big for them and would bring in 2 other guys. One would be free and the other at a reduced price. OK, we were fine with this. We soon learned that SCAMMERS are everywhere.

They were in their 20's. Young, strong men. But after 4 hours and a few breaks under the shade tree and a few lunch breaks, they said: "We don't know what else to do." My husband had to get in the truck and direct them on how to pack it. No big deal it worked out fine.

Until it was time to pay them, they planned all along to overcharge us. My husband was exhausted and would not let me argue with them; thus, they took us for a chunk of money.

Now, this is the funny part. Our realtor and the buyers' realtor decided to do a walkthrough of the house before closing today.

I am physically at a heating repair place paying the bill for the repairs on the pilot light of the gas fire insert. While I was standing there I receive a frantic call for both of these women, "OMGosh the fire insert doesn't work, it has to work, we keep punching it, and it won't light."

Everyone in the heating repair place can hear her on the phone because she is so loud. 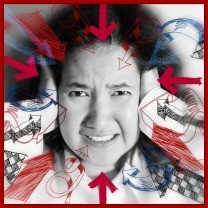 I say, "did you turn on the gas?" Again frantic both women are saying, "why do we have to have the gas on?" "I have never seen a gas fireplace that needed the gas on." "Why would they turn off the gas?"

So instead of arguing with them, the heating man said he would go to the house for you. So off he went to take care of these frantic grown women.

The important part here is, it is 100 degrees Fahrenheit outside where we were. There was no need to leave the pilot light on in the heat. They did not light the pilot but instead pushed the button in rapid succession until it sparked and ignited. DUHHH!!!

I had met my limit of these two women who had been realtors for 40 years but knew nothing.

We no longer own that house an int eh morning we will begin our 18-hour drive with our loaded down two vehicles to embark on our new adventure in our new home.

All is well, but I will never forget that frantic brilliant call from the two highly experienced realtors. 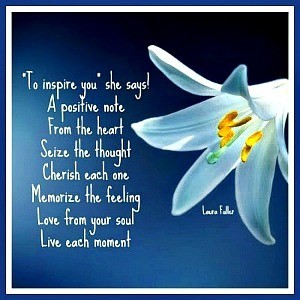 While we have dealt with the everyday problems of life, my website has continued to rise on google. I have seen an increase in traffic and google love.

I created a business over the past few months that is passive and can stand its ground.

This morning I received a legit call from a radio station requesting I interview for them.

They found my poetry inspiration site on the web and want to feature me as an inspiration to others.

Who would have thought? I am so excited about this.

That is two websites, one me, a moving experience, an interview, and a passive income with google love all wrapped up in six weeks.

What kind of business are you going to build?

Will you let the difficulties of life keep you from success?

Write something…
Recent messages
NeilBrown Premium
Thank you for sharing.

Reply Like Like You like this
Aussiemuso Premium
You were great and this was a fun blog. We did the sea change 3 years ago and yes it was crazy, happy and maddening all at the same time.
We had to combine two homes from different states. Store everything. Rent then buy. Unpack and downsize.

We found a lovely old home by the beach. Much loved and outbid 5 other couples in 24 hours to buy it. 🤣 Total madness and triumph.

I think your lesson for us, is never give in. One step each day. Let the negatives flow past and take the time to have a laugh.

Congratulations on your new home and good luck with your radio interview.

Reply Like Like You like this
LauraFuller Premium
@Aussiemuso
I had no idea until now how hard it is to dig up roots and move. It is not the emotional part for me but the stress. I am a very calm person but these people brought out the worst in me.

Reply Like Like You like this
Aussiemuso Premium
@LauraFuller
I totally get it. Deep breaths. You have a new chance now in your new town to build some happy positive people around you again. Join some fun clubs and make new friends.

Take care,
I will enjoy hearing about this new venture.

Reply Like Like You like this
LauraFuller Premium
@Aussiemuso
You are so right. It is up to us individually to create our life (within our destiny set for us) and hang with positive people.

Reply Like Like You like this
MaVeneziano Premium
Thank you for this!!
Life can get hard, but it’s amazing to have something of yours to look forward to!!
All the best in the new house :)

Reply Like Like You like this
Dirkpitt537 Premium
Laura your moving experience is only the tip of a ice. I used to own a moving company and I couldn't begin to tell you the stories I know. Feel blessed you got off easy
Jim

Reply Like Like You like this
RJG1000 Premium
Laura, Interesting story! I used U-Pack once also, and they caused so much damage I threatened to sue them. They did nothing to help me, until I threatened to sue. Once I filed the preliminary paperwork with the court, they decided they would just refund my money for the move. $8,000 in damage. $4,000 refund. Moving is usually a very tense situation, with a lot of anxiety. Congrats on making through it, and for the increase in your website traffic!

Reply Like Like You like this
LauraFuller Premium
@RJG1000
Yes, I am a bit worried about the trailer. They are supposed to deliver it on the 15th but so far they can't find it. OOOPS!