Make a mistake? Heres what to do.

This is an article written by Ozan Varol. I thought it was worth sharing.

As a young boy growing up in Istanbul, my vision of America was put together from an eclectic set of American TV shows selected for translation to Turkish.

America’s ambassadors to Turkey included Cousin Larry in Perfect Strangers, the Tanner family in ALF, and Al Bundy in Married with Children (which strongly reinforced every stereotype that people ever had about Americans).

But another ambassador stands out and deserves special mention.

His name was Bob Ross—the host of the iconic show, The Joy of Painting. In every episode, Ross would sport the same blue-collar look, sit on a chair, and oil-paint on a canvas.

When I first came across the show on Turkish TV, it stopped me in my tracks. I remember thinking that Americans must be so bored that they resort to watching a man paint landscapes. This made me reconsider the magic of America.

But something about the show proved strangely addictive. The show lifted the curtain on the creative process, letting the audience see how a creator could make something out of nothing.

For Ross, it was important for the audience to see the entire creative process—warts and all. Instead of editing out his mistakes, he documented them. He embraced them. And most importantly, he reframed them. “We don’t make mistakes,” he would say. “We have happy accidents.”

In one episode, Ross smudged the canvas. Most painters in his position would cringe and grow embarrassed about exposing a sloppy mistake to a worldwide audience.

But not Ross. He looked at the smudges with a smile and said, “Let’s make them birds. Yeah, they’re birds now!”[*]

Ross knew what most of us neglect: Mistakes are intrinsic to creation. When we don’t accept the possibility of making mistakes, we can’t get started. We chase some false glory of perfectionism, telling ourselves that we’ll be good and ready only if we read enough self-help books or find the right software.

As a result, we spend our lives staring at a blank canvas rather than risk smudging it.

To overcome this mindset, we need to understand two points.

First, the smudges in our life feel permanent, but they rarely are. When you smudge a canvas, you can use your own version of a magical device called an eraser.

But that assumption is often wrong. Our decisions are usually the reversible, two-way door kind: If you enter through the door and don’t like what you see, you can always walk back out—and erase the smudge on your canvas. As Terry Pratchett says, “Coming back to where you started is not the same as never leaving.” You will learn something valuable from the experience and see your starting point from a fresh perspective.

With this mindset, life becomes a choose-your-own-adventure game based on a series of experiments. If the experiment succeeds, great. If you make a mistake—if you get tangled up—you can just tango on.

Most people won’t even notice than you got tangled up. We assume that the world is in cahoots against us, chuckling at every misstep we take. But they’re not. Everyone else is stuck in their own universe, trying to conceal their own smudges and tangles from the rest of the world.

Second, you can view your mistakes in the same way that Ross did—as happy accidents. Gretchen Rubin, the bestselling author of TheHappiness Project, calls this “finding the fun” in failure: “Don’t try to ignore or re-categorize the failure—own it and have fun with it,” she told me in a podcast interview.

This mindset takes despair and turns it into excitement—a smudge into a bird.

Here are a few ideas:

You launch a new product and it flops. Reinvent it for a different market (as Google didwith Glass when it pivoted from consumers to businesses).

You interview for a job and bomb it. Learn something from it so you’re more likely to succeed when you try again.

In the end, the only way to have a smudge-free canvas is to never paint.

So, grab your brush and start painting.

When you inevitably smudge it, think of Bob Ross, smiling, nodding, and converting his mistakes into happy little birds.

[*] Despite some research, I couldn’t find the exact show where Ross utters this quote. It may be apocryphal but it’s such a good anecdote—and embodies Ross so well—that I decided to include it in the article anyway.

I like this idea to transform a smudge into a bird.
Write about a mistake you made. That I actually did in my recent WA post.
Never too old to make mistakes means you are still learning.

Reply Like Like You like this
Aussiemuso Premium Plus
Great article and so true. I love Terry Pratchett books. A lovely dry sense of humour. Sad he has gone.

Mistakes are just steps in the right direction.

Reply Like Like You like this
Twack Premium
Such a great post. It took me off to a 'musing' and I ended up reading quotes from Winnie the Pooh and Alice in Wonderland. These seemed relevant when considering your 'One way and two way door' decisions. I think it was the Terry Pratchett quote that did it.

I can’t go back to yesterday because I was a different person then.
– Alice

Reply Like Like You like this
Joes946 Premium
Great post and great goals. I have been to Turkey many times and love it. I too love Ross' programs and paintings. He just made it look so simple.
Enjoy the journey.
Joe 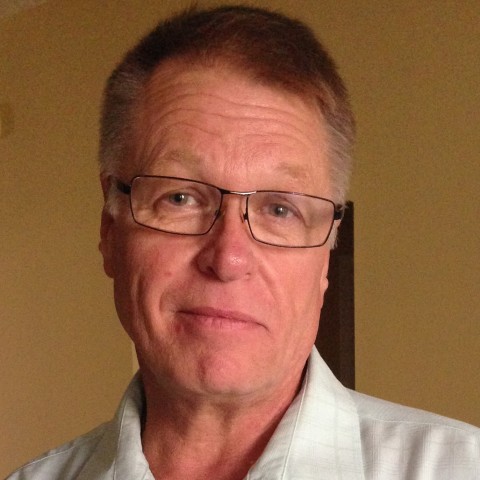