Autopilot For Your Business: The Recipe

A business that runs itself?

Wow, what a concept. I want one of those.

I have been looking for such a business for years and years. There are tons of offers on the internet telling me how I can make big bucks while sitting on the beach. That would indeed be the life. Thank goodness no one else has ever thought of this, or everyone would be doing it. Right!

I have been wrong a lot of times in my life, so I am certain someone will comment that they have been doing this for years and they definitely live the good life. I am willing to concede there may be exceptions but I've never found it.

The Recipe: Autopilot Is The Plan For Failure

I have a friend and former competitor who believed his business could run its self. Let me fill you in on the story of Fred Pride (ok, the first name was changed to protect the guilty, but the last name is real). I think Pride is an issue here.

I worked with Fred at a community college where he was the IT manager. He is a nice guy and he knows his way around technology. We immediately hit it off and became good friends. One day he decided he wanted to open his own Computer Retail Store with a Repair Shop. I helped him set up his computer network, phone system and his accounting system.

I was Fred's accountant so I know all the details here. He started his business right next door to our college and I always felt this was a great choice in location. Students all need computers and every day as they came to class, they would see his sign.

His business did well, and he eventually hired a technician to help him with the workload. Business continued to flourish and he moved to a fantastic location right on the main street where the whole world would see him.

Just like page 1 Google, you want your brick and mortar business to be in a visible location. Fred's company continued to prosper. He had a staff of six and the store was busy all the time. Monthly sales averaged $100,000 and he had a 30% gross margin. If you're not an accountant, this translates into $30,000 a month to pay all the other bills. His total regular expenses were about $10,000 a month.

Accounting gurus are already recognizing this is a potential of $250,000 net profit. This is every entrepreneur's dream come true.

Fred was rolling in the green stuff and so he bought a great car, some awesome golf clubs, and took several really neat vacations.

Wednesday afternoon, Fred wasn't in the office because that was his regular golf date at the country club. Friday morning, Fred had his flying lessons (Aviator Mike can attest, flying is expensive). His kids always had something going on. Basically, Fred was rarely in the office because he had people to carry out the boring daily grind. As a successful business owner, he had more important things to do.

One day, Fred stopped by my office to tell me he was thinking about getting out of the computer business. I was surprised when he told me that in spite of the great sales, he was losing money. The company was doing great just a few months before.

I was running my own computer business with my brother at the time. We discussed Fred's problem and decided that buying his business was a natural growth step for our firm. His shop was much bigger than ours.

We made a purchase offer which included a 90 day plan. We would take over immediately and if we could turn the business around within 3 months, we would complete the purchase and pay him the agreed on amount, otherwise we could walk away.

Fred is such a nice guy, but not detail oriented. He's a better salesman than businessman. He would tell people anything they wanted to hear just to avoid problems. There were promises made to customers, suppliers, staff, and the government.

Our first day turned out to be a big surprise to the staff. He hadn't told them anything about the upcoming change. A husband and wife employee team were angry because he had promised to sell them the company if he ever decided to leave.

They resigned a few weeks into the transition. I can't blame them. Customers were calling every day to complain we hadn't fulfilled some promise he made to them. When asked, Fred would say 'Oh yes, I do remember saying that, you'll have to give it to them.'

The employees had robbed him blind, in just 6 months they had stolen almost $40,000 in inventory. They were also stealing customers by doing side jobs after hours at a fraction of what we would have charged. They were competing against their employer!

It seemed that every time the phone rang, we would owe someone another $1,000 from some undocumented handshake deal that didn't go well. There didn't seem to be an end in sight for these unexpected expenditures. Now I could see why he was losing so much money. We needed out of this mess.

On Day 89, on a Friday, we closed the shop, as usual; removed our property and contacted him to say we would not be completing our purchase option (just under the 90 day deadline). The business was closed and liquidated. Unfortunately, the proceeds from the sale of inventory and equipment didn't even come close to paying off the accumulated debt of the company.
Fred has personally guaranteed most of the debt, and we had guaranteed some of that debt ourselves. Fred mortgaged his house to pay off those monies, and it cost us $23,000 in cash. Not my best day in business.

No One Cares More About Your Business Than You

The problem here: No one cares more about your business than you do. I believe you need to be there every day and keep tabs on things. Fred's business got out of control because he thought he was a big shot and didn't need to do the work. He wanted his business to be on auto pilot.

One thing I do believe, no one is good at everything. A smart person surrounds themselves with smart people who do those things better. But the ship always needs a captain or it will stray off course and hit the rocks.

With affiliate marketing, the system here at WA is designed so you can do much, if not all of the work yourself. You must have intellectual ownership of your business. You must know what is going on or you may crash and burn.

I am not a good at delegating, so for me this program is perfect. I can’t imagine having anyone else write my copy or do my website work. Maybe when I grow to the point I can't handle it all, I will need to hire someone to help, but for now I am content running the whole show.

Write something…
Recent messages
skyhigh4 Premium
I'm sure some of the big wigs on line have been basking in the sun on the beach because of the money that WE have invested in them and their promises! Never again! Ha!Ha! Thank you for your post! Thoroughly enjoyed it! Keep it up!

Reply Like Like You like this
maryson Premium
Thanks so much,kaliinozarks, for this article provided on the autopilot. I do agree with you on the statement," No one cares more about your business than you do." This is damn right, God bless you.

Reply Like Like You like this
tommydillard Premium
Very well said my friend. But I'm still looking for that get rich quick scheme, but keep running into nothing but empty promises :( but I still write about them to Inform others about my investigations.

Reply Like Like You like this
Zaragozana Premium
Kali,
This is a really good post. I share your feelings about delegating my website work. In 'real life', though, I've had wonderful experiences with teams of trusted people where the delegating was effortless and a joy, and the project the better for it.

Perhaps there's a point where an internet business, in order to really go big, has to involve more than one person running it. Kyle and Carson work together, for example.

As an aside, I've spent chunks of today thinking about the blog you wrote about nearly drowning in the lake. That was also beautifully written and very compelling.

Reply Like Like You like this
kaliinozarks Premium
You reminded me of the business I ran with my brother. When I brought him on board, the synergy between us created so much more than we could have ever done individually. I forget that sometimes in my sole effort in this IM stuff.

Thanks for the reminder. 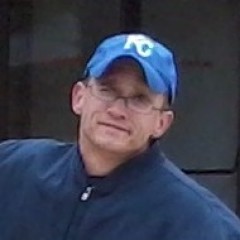