A ‘Zone’ is not only a place to be in. It can be represented by colored shapes on paper maps. The colors, which represent terrain features, are overprinted with lines called ‘grid’ lines that are mathematically calibrated to give specific titles to random points on the surface of the planet. This is, in effect, an ‘attempt’ to impose order on chaos.

There are many types of ‘Zones.’ There are loading zones, parking zones, no parking zones, restricted zones, designated zones, peaceful zones, quiet zones, no gun zones, noisy zones, twilight zones, empty zones, landing zones, and combat zones (to name a few). These are all examples of ‘places to be’ or ephemeral zones.

There are other zones that are not represented by ink on any paper. These other zones are soulful zones. These zones are represented by the imagination and spiritual awareness. These zones can’t be viewed by ‘light-driven imagery’, they are, however, just as real. They are experienced primarily at sub-conscious levels involving, education, judgment, attitude, and a multitude of emotions that, it is believed, all living creatures’ experience. Continuous interaction in these ephemeral and spiritual zones is life.

Education, judgment, and attitude are the attributes that allow the soul to venture and seek the peaceful, joyous, and free ‘zones’ so desired. The simple fact is Peace ‘with’ Freedom is the zone where the Soul most experiences Joy. It’s a natural condition that applies to all species and ‘drives’ them to seek a secure zone, where freedom is not restricted, where peace prevails, and joy can be realized.

This drive is essential for survival. It is manifested primarily in two primitive, universal instincts all living creatures share, fight or flight. These are automatic responses to adverse situations. They don’t have to be even thought about. They are quick and spontaneous. These responses are triggered by one of our greatest gifts, Fear. Without it there is no surviving, much less thriving.

Fear triggers a very high level of significant emotional events. Encountering these events is the primary condition that contributes to the development of the individual. The excitement that results from an activity that is risky, dangerous or even extremely pleasant is the reward rendered by fear.

Riding a fast machine, climbing a mountain, being in the presence of your mate, and facing an adverse challenge are some conditions that cause activation of the Adrenal gland. We are not going to discuss biological mechanics, but this is why fear, excitement and joy are closely related. Fear is the 'gift' that enables ordinary individuals to do extraordinary things.

Fear launches many natural reactions. Responses depend on the 'trigger' of the emotion. Not only do individuals behave in a response of 'fight or flight;' groups such as families and teams also develop responses together to ensure safety. These responses are often preparatory responses based on knowledge and imagination of a perceived threat.

Self-defense is an immediate reaction of the individual. Mutual trust and spiritual bonding drive the phenomenon of 'looking out' for fellow members of groups. When this bond of 'togetherness' is formed it is not easily broken. 'Sempre Fidelis' is a Latin phrase meaning 'Always together.' This was adopted as a motto by one of the most dedicated groups ever formed, the US Marine Corps.

All nature of groups can form This 'Bond of Togetherness' even when individuals are separated by both time and space. It is this 'spirit' that dwells among the broadly diverse 'Family' known as Wealthy Affiliates.

Write something…
Recent messages
Rochelle1 Premium
I love "Sempre Fidelis", however I prefer "An Army of One"
Because at the end, WE are all ONE! Thank you for the post! 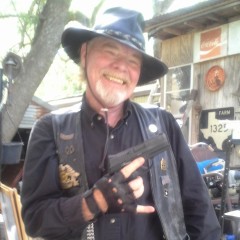