Stop the blame game- its all your fault

Many people have been caught in the paradigm of blaming others of their misfortunes, I have been there too for a very long time, technically human beings don't take responsibility for their feelings its quite a norm, they blame everyone and everything from their bosses, their relationships or anything "bad" happening to them and they blame that as an excuse of having a bad day or to justify their emotions, or as an excuse of feeling stressed, others even fall into depression under the "stress" they get from their partners, bosses, parents or people around them, and many people don't understand that this problems are laying deep within them, that this problems are self imposed, many people live trapped inside their emotions, its poisonous to get angry every time someone around you treats you unfairly, its a self imposed poison that eats only you. I know some of you are asking, but he/she treats me bad how could I not get angry? its impossible! and I tell you today yes its possible! allot of people I talk to because they are experiencing some type of stress in their life, the first question I ask them why are you stressed? majority will tell you its my boyfriend, or its my girlfriend, its my boss, its my parents, and many more external indirect factors, and when I tell them those people are not actually the problem and the problem is within themselves, that the thought of thinking that others are the problem is actually the problem, and they jump up with rage, what? I thought you could understand me? how is this my fault? he/she is hurting me everyday and you say its my fault?.... it gets confusing to them how on earth I could remove the blame from the "snakes" and make them the "Snake".

How is it you to blame?

Its imperative to understand that problems fall under 3 categories, direct, indirect and no control, direct problems are problems involving our own behaviour, and indirect problems are problems involving other peoples behaviours, and no control, are the problems we don't have control over, such as our past, or natural calamities, no control we should not spend even a single second thinking about them since you cant do anything whatsoever, direct problems are easy to change, that means once we are aware of the problem, we only have to change our own behaviour and the problem is solved, the problem is in the indirect control, on this particular paradigm, we cant change other people, we even develop more fights trying to change them to our way of thinking, to what we think is right, then they get rebellious and you end up hurting yourself and them too if at all they fall under reactive category, this happens allot in relationships, for a very long time before I realised this fact, I fought with my girlfriend everyday, everyday arguments where we both thought we were right, I wanted her to change to my way of thinking so bad, and she wanted me to change to her way of thinking so bad, this made me very angry and she was angry and hurt as well, it was a battlefield we clearly saw we cant win, then one day stumbled on the book 7 habits of highly effective people. this book changed my life, I realised I needed to concentrate on myself becoming a better person first instead of wanting to change my girlfriend, this is because I had control over myself and my feelings, but I did not have control over her's or what she says or do to me, I could only control how it affected me, so focusing on things I have control over gave me the piece of mind and it was a huge relief, then my Girlfriend realised I was not finding faults any more I was always a good boyfriend no matter how mean she could get, then she started working on herself too and the relationship improved drastically.

so what is the secret?

The secret is that nothing and no one can hurt you without your consent, you choose how you react to what happens to you, and that's all you have control over, you have no control over what people say or do to you, the control you have is how they affect you. reactive people will get angry and rage over everyone that treats them wrong and they act out of emotions, oh well the worst thing you can ever do to yourself is act out of emotions, you end up making the most stupid decisions that you end up regretting later, on the other hand proactive people are people who do not let emotions run them, they do not make decisions out of emotions, they make decisions out of values and principle, a well thought of decision, despite the external environment, reactive people blames everything and everyone for their misfortunes, but proactive people know that their behaviour is a function of their decisions, not their conditions. We can subordinate feelings to values. be a man/woman of value. We have the initiative and the responsibility to make things happen, when you stop reacting to things you start making more informed decisions, you become more productive no matter how the environments conditions are, reactive people stop being productive when the environment is not conducive, they only act right when the "weather" is right, but proactive people carry their own "weather" with them, so its quite evident to be really successful in life both personal and in our outputs levels, we have to adopt a proactive mentality, we have to stop blaming people of our misfortunes, and take full responsibility, don't allow environmental factors to break you or change the way you feel, block any negative emotion from negative people. act out of values, out of principles, do something because you know its the right thing to do despite the external condition, treat people well even when they treat you wrong, don't judge people, sympathise with them instead, tell yourself if only they knew better, and then keep doing the right thing, allot of people will be challenged by this and they will change without you even putting any effort to change them.

"Nobody can hurt me without my permission." Mahatma Gandhi

Reply Like Like You like this
kholmes Premium
I love to be proactive and on top of things. I do have a bad day once in a great while, but overall it doesn't control my life.

Reply Like Like You like this
Joe14 Premium
@kholmes
Amazing, that's the mentality you need to live a good life with freedom. reactive people are captives of their own emotions its like being a slave or imprisoned

Reply Like Like You like this
kholmes Premium
@Joe14
I know what you mean, its really difficult to find someone to converse with that doesn't start going off on their family drama and problems. There are better topics to entertain in a wonderful delightful conversation. I think that is why I like the WA community so much, no drama just like minded people trying to meet a goal and achieve financial freedom. 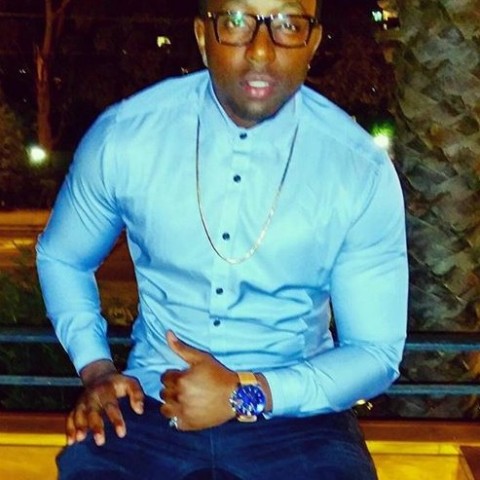