The Price of Freedom

HONORING OUR HEROS TODAY AND EVERY DAY.

In defining a "HERO," Google refers to one as "a person who is admired or idealized for courage, outstanding achievements, or noble qualities."

But, what I envision a "HERO" to be goes a little bit deeper...

CAN YOU REALLY DEFINE SUCH A PERSON?

To me, there is so much more that goes into recognizing a "HERO." It is the defining character and ingredients that make a woman and man who they truly are inside. A person of this stature, who has gained their reputation through their abilities, achievements and wit, stands tall as one who is selfless and ascertains respectability for the protection and trust of their country. 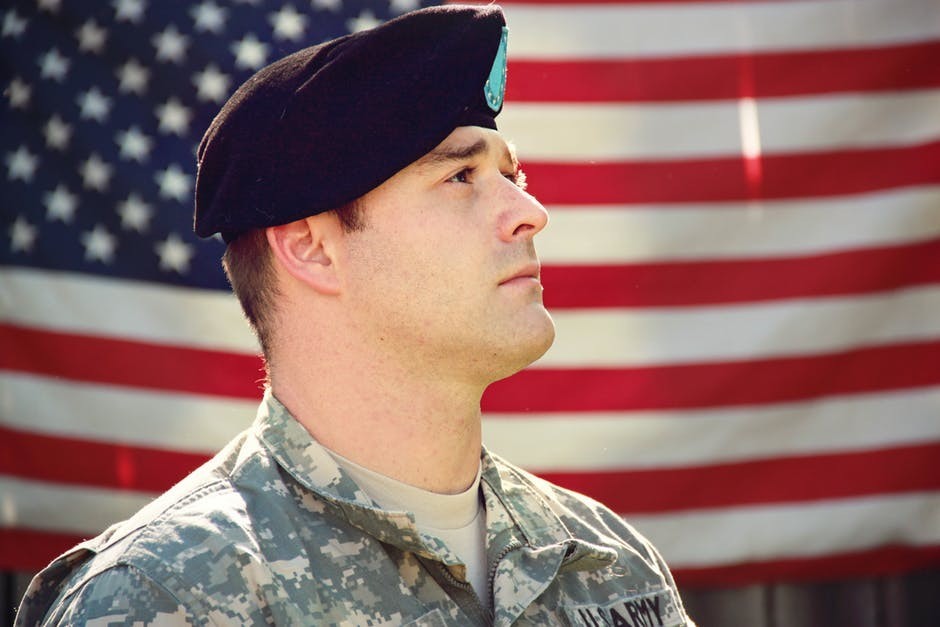 Yesterday in church, a very special Veteran, member and Deacon of our church, and who represents the Veteran's Administration and Services in our town, called up Veterans of past and present wars involving America. Since there are no longer any living Veterans from World War I, those serving in World War II and beyond slowly made their way to the front. (World War 1 was fought from July 28, 1914 - November 11, 1918, with 40 million casualties and 23 million wounded).

There was one gentleman from World War II; (a war fought from September 1, 1939 to September 2, 1945, and the deadliest conflict in history with over 70 million fatalities---a staggering 3% of the world's population back in 1940---and with 407,316 American casualties). It is impossible to even imagine such a devastating time, and yet this one lone decorated man stood amongst the congregation with a twinkle of pride, yet a somber expression. 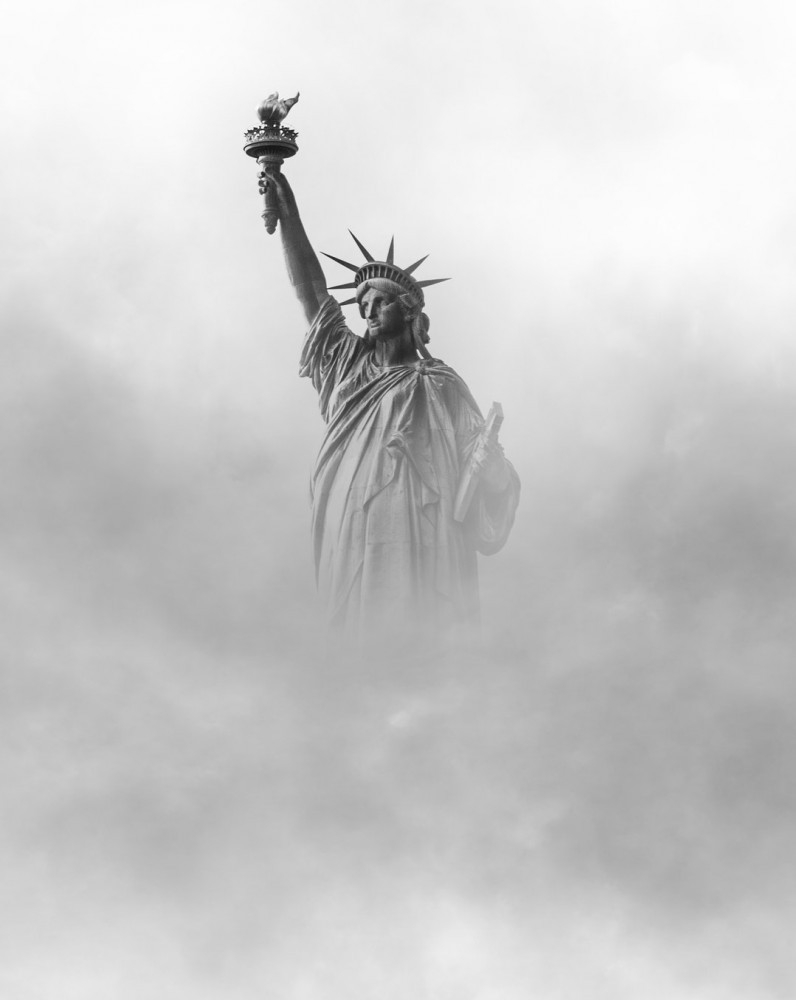 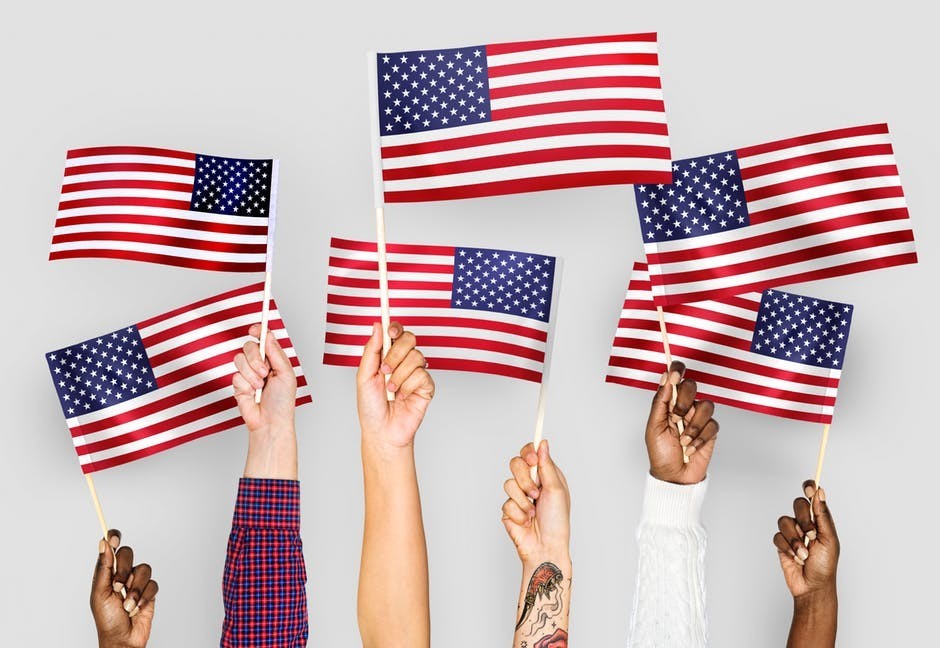 AN ADMIRABLE SIGHT TO BEHOLD.

Those standing there in a military line in front of us---those with depths of stories in their eyes and with tones of solitude and stamina---who went far above and beyond their call of duty, were honored in earnest.

I rose up effortlessly, applauding loudly with everyone joining in unison. There were tears of gratefulness welling up in everyone's eyes, reflecting on the endless tears shed throughout decades of heartache for those who had fought long and valiantly, with much courage and determination, for their United States of America---those who stood before us and those who had fallen. 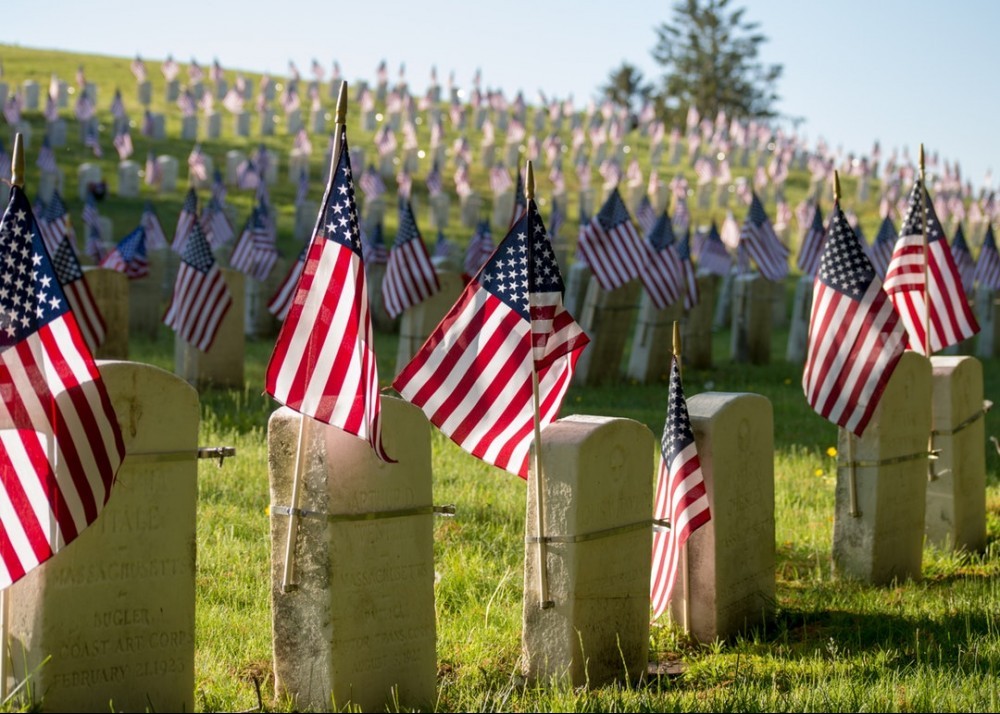 The brave soldiers who had survived, living in our area, stood proud near the alter, standing ever so humbly among the honorees.

The standing ovation rang out for over 5 minutes, with the most powerful spirit of empathy ringing through the sanctuary---truly a grand commemoration of a HERO'S recognition!

After the service and surrounded by a somber presence, we all hesitantly walked through the vestibule to leave. It was a humbling morning that triggered and ignited a feeling of kindness and compassion in my spirit, focusing upon fellow comrads---my "HEROS." 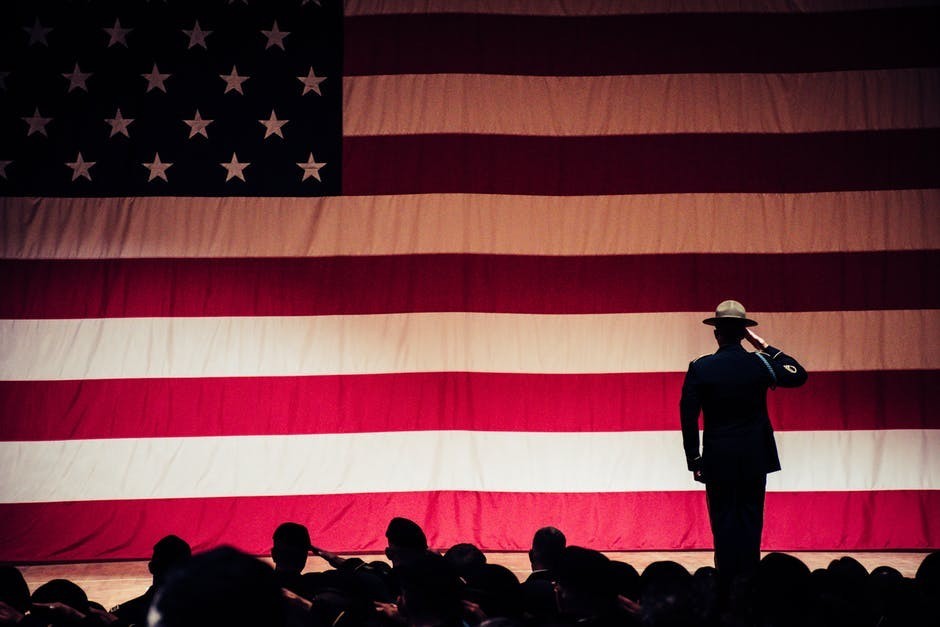 A HERO COMES FROM WITHIN.

Yes, to me, a "HERO" can be defined as such, but one has to experience the true definition with their heart. A "HERO" has to be felt and empathized, understanding and sharing those deepest feelings with others to truly appreciate the impact of what a "HERO" stands for---which is FREEDOM. 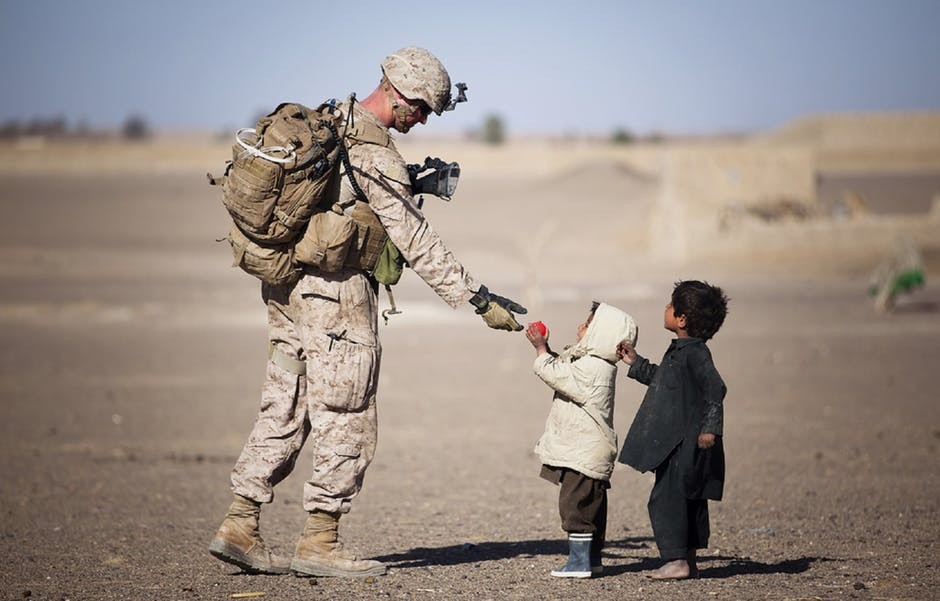 ON THIS DAY IN HISTORY.

Veterans Day is a public holiday held on the anniversary of the end of World War I which replaced Armistice Day in 1954. (November 11). On this day, we honor US Veterans and victims of all wars---Our "HEROS."

A most heartfelt THANK YOU to ALL OUR Veterans for your unwavering service. 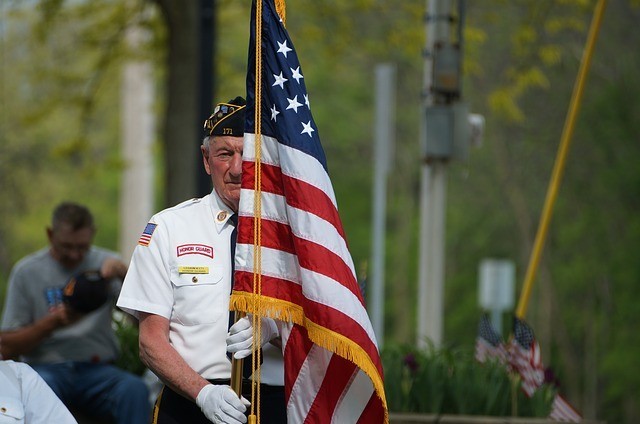 From my HEART, I would like to add these words to the definition of a "HERO:"

To all those who have served and / or are currently serving in The War in Afghanistan, my earnest and deepest prayers go out to you and your families. 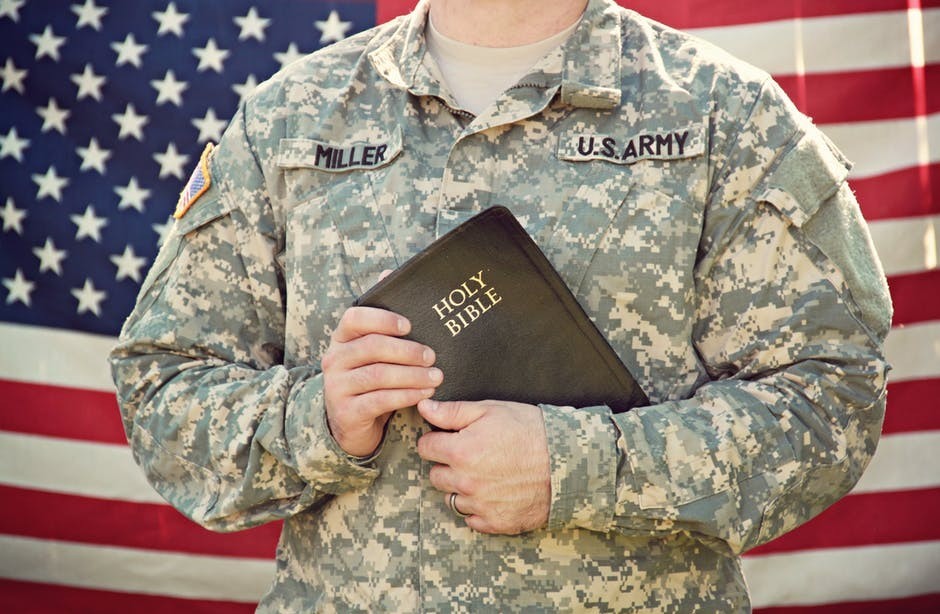 ON A PERSONAL NOTE.

I am honoring MY "HERO" today, as I do every day---my Dad, C. Darrell Conley--- for his service. He was a Korean War veteran, serving overseas in Germany as a radio operator with the U.S. Army. One instance gained him much recognition when he single-handedly orchestrated a brilliant plan which began sketched on a napkin in the barracks. This clever plan was the design of an underground irrigation system that was laid out by my father, constructed, and put into action. Many were dying from contamination, and this system purified the water for a whole village and community, thus saving many lives of both civilians and soldiers.

Throughout hardships during war times, such as toxic water, efforts like my father's and countless others who put forth their firm hand into making life around them a little better, helped to pave the way for bouts of humanity through times of hatred.

Although my "HERO" has joined my Mom in heaven, his spirit of faithfulness, dedication and devotion continues to shine out over his country and family. I'm so proud to call him my Dad. 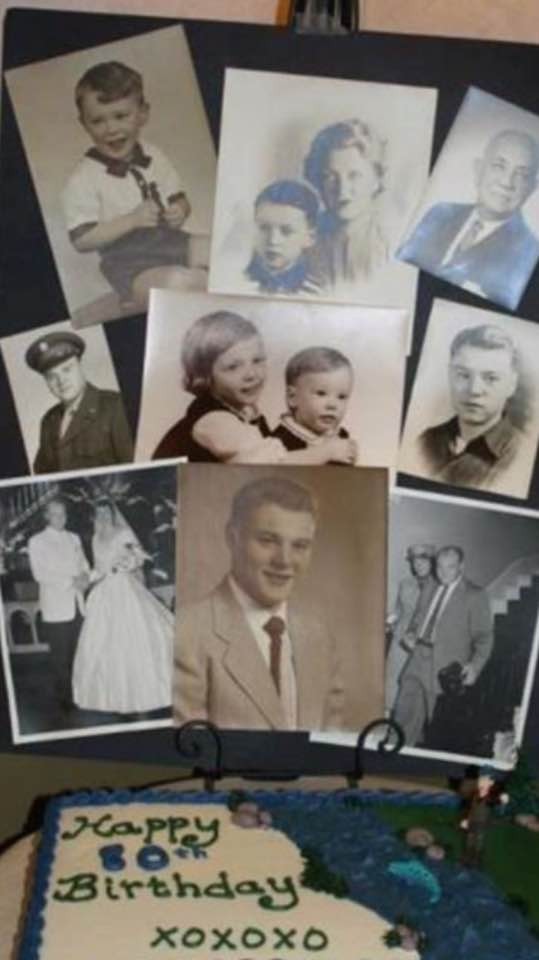 THE PRICE OF FREEDOM?

You can't put a price on FREEDOM, for the ultimate sacrifice given by those who unselfishly have served or are serving our great country goes far beyond words. It is that prideful feeling of gratitude we feel so deeply for---in the land of the FREE and the HOME OF THE BRAVE.

HONORING ALL PAST AND PRESENT MEN, WOMEN AND CANINES OF THE ARMED FORCES. 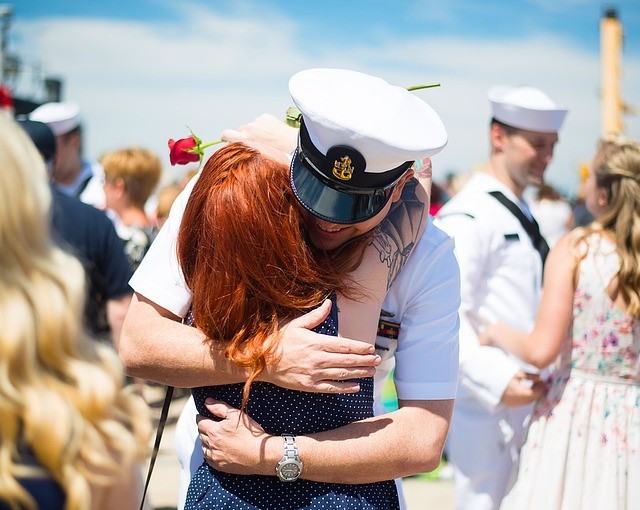 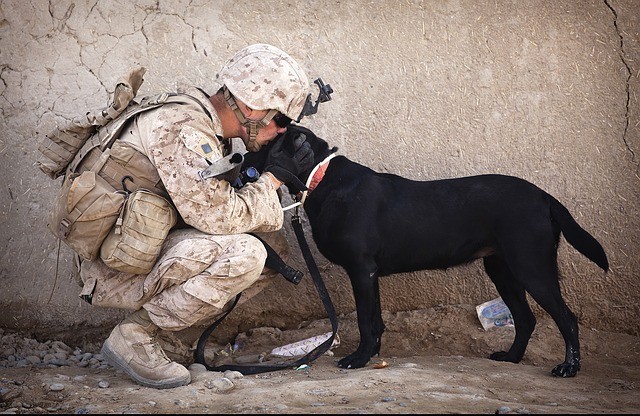 May the words of this blog reside in each of our hearts today and every day moving forward. Thank you.

Write something…
Recent messages
JosonInc Premium
I was not born yet when the Rock In The Pacific came under attack by the Japanese. I however heard many tales from those who were around and lived to tell of the horrors of war.

This guy from the Rock will always feel and remember that gratitude for the eventual FREEDOM gained for the islands by those gallant fighting forces that liberated us in 1945.

It was an honor to have later served 20 great years alongside these great men of honor, pride, dedication and valor of the Armed Forces Of The United States of America.

I personally thank you Erin for writing this piece to honor those who died, who served including your Dad.

Reply Like Like You like this
herinnelson Premium
@JosonInc
Wow, Joe! Your reply brought tears to my eyes! I truly appreciate you sharing your story here. It has painted a grim, yet proud picture of the priceless lives that fought for our country. Thank you for saluting all, including my precious Dad. :) XOXO

Reply Like Like You like this
HalimNajm Premium
The least we can do for them. For putting their lives on the line to protect the country and US. Thank you, Thank you

Reply Like Like You like this
davehayes Premium
@herinnelson
Jeez, well done, but what on earth were you doing up at 5.30AM! I'm still in the lland of nod ; )

Reply Like Like You like this
herinnelson Premium
@davehayes
HAHA. I don't know, Dave! I woke up out of a sound sleep and opened my computer, and I just started typing my thoughts. It's a good thing I went right to bed last night without logging in! lol 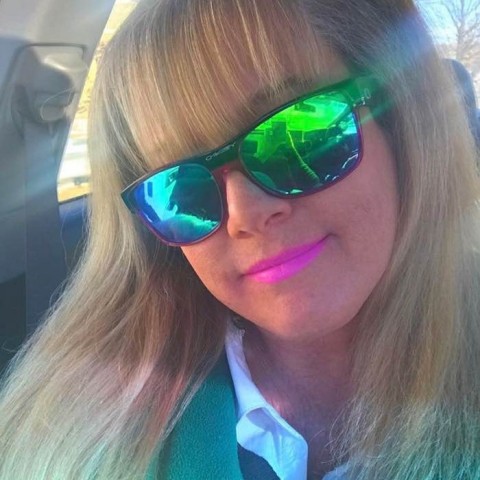