As newbies, we all start out with the free themes offered here at Wealthy Affiliate. And while I am very grateful for the theme I started out with, at some point I started to look around at other sites and wonder how they were creating all those beautiful pages. I was seeing amazing full headers with overlays and modules where you can add just about anything to your site such as counters, blurbs, sections you can hover over that have 3-D effects (not just buttons), galleries, and so much more!

Over time, I got comfortable enough with setting up a page in my free theme that I decided I wanted to step out of my comfort zone and attempt to do what the big boys were doing.

Quite often as I listened to a podcast or read articles, the Divi Theme was mentioned. I started to peruse their website and play around with the DIvi builder you can try for free and really liked what I saw.

I finally bit the bullet when they were running a special for the new 3.0 version. I downloaded the file and then let it sit in a folder for almost a month before I got up the nerve to actually install it on my site. I had a terrible fear that it was going to ruin everything and my site was going to be a complete mess when I activated it.

It wasn’t as bad as I thought it was going to be. Yes, there’s a slight learning curve. I spent several hours on YouTube, Wealthy Affiliate, and Divi watching tutorials, but slowly I began to get the hang of it. I also joined some Divi Facebook groups where I could reach out to others who were pros and get some help there as well. I’ve only begun to scratch the surface of what this theme can do; however, my site already feels more professional.

I could have paid someone to build a website for me, but I would have missed out on everything I have learned. It has been so much fun! I have even figured out how to add/change some code on my own. No, you don’t have to know code to use Divi, but there are even more variations you can do with it if you choose to learn a little. Divi is a drag and drop builder where you can change things on your site right from the page itself instead of the back end of your dashboard. The changes are instant and you don't have to go to another page to preview.

I would definitely recommend the Divi Theme. It's unreal what it can do and how professional your site can look! If you have been on the fence about whether or not to take the plunge, I highly recommend it. Just allow yourself some time to get acclimated to it. It does get easier.

Write something…
Recent messages
lesabre Premium
Hi Heidi, I am glad you decided to build your own website. Something to be proud about. I just might check out this Divi theme. Thank you for sharing. All the best.

Reply Like Like You like this
Heidi9 Premium
@lesabre
Thanks! There is definitely a sense of pride when you can figure out how to do it yourself. All the best to you as well.

Reply Like Like You like this
KayOSmith Premium
Cool! This is great to learn. I may not check it out yet, but hopefully sometime soon I will :)

Reply Like Like You like this
Heidi9 Premium
@KayOSmith
Yes, wait until you're ready. I would not have been ready for this a few months ago. There are so many other things I needed to learn first and I'm glad I have that foundation now.

Although I do not use the Divi theme myself I did notice that you did something that many newer members fail to do you show patience.

Yes after being here for a while and viewing other members websites you noticed that their sites were offering their viewers many different options of engagements.

This is a factor of a websites success, and even though you knew your website was lacking these additional engagement features for your visitors you took time, you researched many different possibilities, and then after hearing a theme pop up in numerous occasions you looked into.

Being in the chat room often, I have seen new member that have not eve completed the first level of the OEC training asking about how to insert affiliate inks, how to get signed up into affiliate programs, how to install plug ins to connect their social media account to there websites.

But have yet to learn how this is done without getting banned by the social media platforms then wondering why or how they got banned.

I would suggest that yo do one thing differently next time start a dummy siterubix website to try new themes and plug ins on as many of the older members here refer to them as their sandbox or test sites. This way your fears will be diminished of messing up your primary website because if you mess up the test site you can simply delete it and start a new one. Learn what the theme and or plug in is capable of doing without the risk of effecting your money maker site.

Reply Like Like You like this
Heidi9 Premium
@Calvinator63
Thank you very much for that great suggestion!! Do you happen to know if I can load the Divi theme on a dummy site as well? I didn't know if purchased themes were licensed to one site or is it to the owner and we can use it with multiple sites? That may be something I have to check with them.

Reply Like Like You like this
CandP Premium
@Heidi9
Hi Heidi. This response is a little late and you have probably looked into this already but you do need to check with the supplier of the theme. We have been looking at premium themes and we have found that in most cases you can use the theme on multiple sites without having to pay extra but it seems they all have slightly different rules so best to check.
As Calvin said, the test site, or sandbox, is a great idea for the future. We created one a while ago and are now much more relaxed when trying out new things like themes and plugins.
Colette and Philip

Reply Like Like You like this
Kerjackie Premium
Hi, Heidi, I see you are working hard on your website, it is fun to learn how to build a website isn't? It is obviously the best way to do it by yourself to better understand the process of making a site.
I have never heard about the Divi Theme before, I will check it out, thank you for the info.
I wish you all the best.
Jacqueline

Reply Like Like You like this
Heidi9 Premium
@Kerjackie
It really is fun! I love computers and technology any ways so learning this was right up my alley.

Reply Like Like You like this
Heidi9 Premium
@Vickic3
It's a lot of fun and there are so many themes to choose from. They are labeled according to niches but anything on the page can be changed. I chose a theme for fashion and my niche is homeschooling, so don't let that deter you from certain ones. 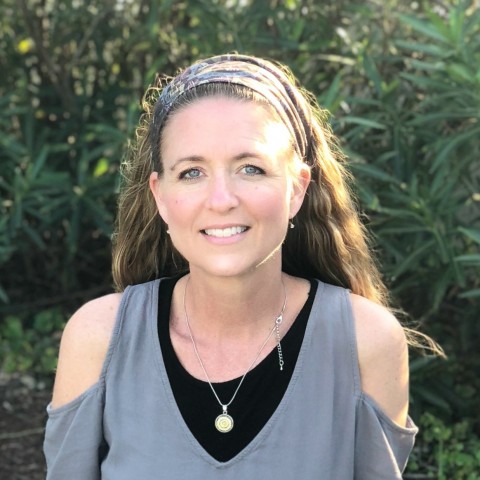